So Pep Guardiola will not need much of a team talk before the second leg of this tie in Manchester next Tuesday. The detail of what is required was all played out in Paris here.

For half a game against PSG, Manchester City were not themselves. Guardiola’s plan appeared to be to try to contain Mauricio Pochettino’s team.

It did not work. The Premier League champions-elect created hardly a chance. The nine shots taken on the City goal was the most by anyone in any competition against them this season. 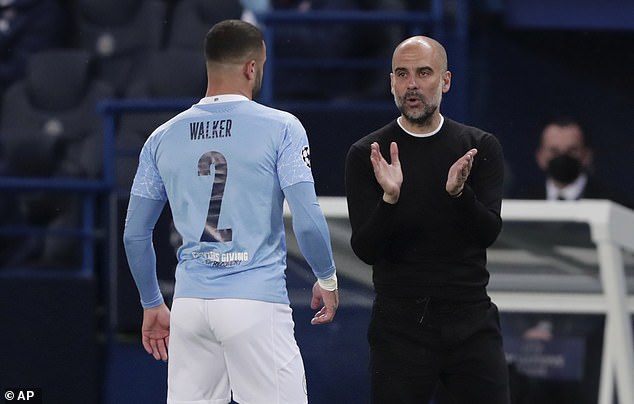 So for the second period something else was needed. City simply could not allow the game to carry on like that and the switch in attitude and tactics that followed was clear.

City turned this game around by playing like they do in England. With aggression, with courage and with a commitment to dominate possession and territory. Guardiola had said beforehand that it was impossible to win without the ball and as soon as his team remembered this they were able to flip the tie on its head.

PSG are a very good side but they are not a complete team. Here, as City ran all over them in the second half, they reminded us just how flaky they can be when they don’t have the ball.

More of this from City at the Etihad Stadium next week and they will be through to their first Champions League final. Guardiola will not need any pre-match rhetoric such as he delivered ahead of this one. His team really just need to be themselves. 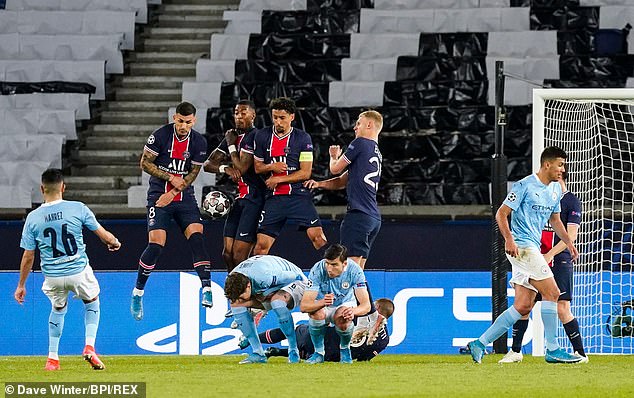 If City had tried beforehand to conceal their desperation to win — to not fail yet again — then their opponents had not.

Neymar had spoken nakedly about what it meant to lose in last year’s final. The lack of a Champions League winner’s medal clearly bothers him.

‘I want to be remembered for winning one,’ he said.

For PSG, that desire to take the next step seemed only to drive them forwards here. City’s Riyad Mahrez, born in Paris, had suggested his team would be similarly served but for the first half at least that did not seem to be the case.

Guardiola’s team were inhibited rather than liberated. The only sights of goal they had originated from mistakes by their opponents. 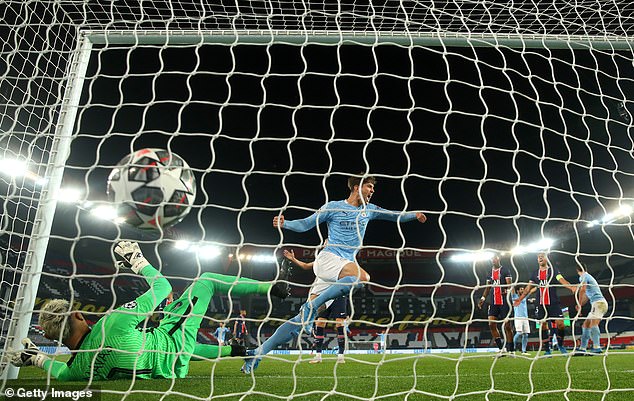 They were playing a very good side, though. Against Barcelona and Bayern Munich in previous rounds, PSG had been beautifully potent with the ball but at times desperately vulnerable when they didn’t have it.

Here, Pochettino’s early tactics were rather better. His team were more structured behind his front three while Guardiola’s reluctance to let his full backs roam forwards robbed City of the potency that usually characterises their play.

The goal was a poor one for City to concede and was zonal marking at its worst. Whose space was it that Marquinhos dashed into to score at the near post? Whoever it was, he was not occupying it.

It was a moment from which City took too long to recover. There was no freedom to their play. Their press when PSG had the ball was not consistent.

When a chance did fall to Phil Foden, his first touch reflected City’s hesitancy and it meant that the shot flew straight at the goalkeeper when a yard either side would in all likelihood have brought him an equaliser. 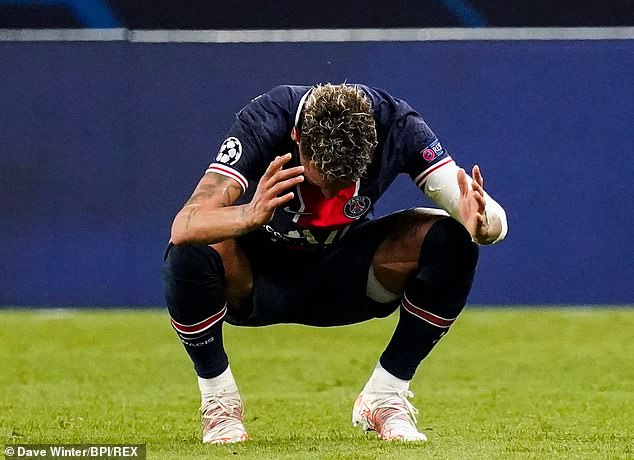 Of PSG’s gilded attacking players, Neymar was the most dangerous. He has played brilliantly this season, as though sharing the load of expectation with Kylian Mbappe has actually suited him.

City’s treatment of him reflected his impact. Kyle Walker and Kevin De Bruyne both brought him down in the opening half-hour and by the time the second half began he wore a strapping.

Crucially, though, there had been a couple of moments when Neymar’s touch was not quite what it needed to be. The same went for Mbappe. A second goal could have skewered City during a period of play when they had been struggling.

So often, those little things make the difference. A missed chance, a mistake. That was how it transpired here. For all that they hadn’t performed anywhere near their levels, City were still in the game and such was their need after a flat first half that their inhibitions simply fell away.

Both goals carried some fortune. De Bruyne’s equaliser was a cross that crept in while Mahrez’s second flew straight through the wall. But what was undeniable was how well City played in the second half, how much they deserved the comeback that now places their destiny firmly in their own hands.

Strangely, given how one-sided the first half had been, PSG could not have complained had City scored a third. By the end, they were a man short and in disarray. They will head to Manchester feeling more desperate than ever.