Haaland then joined Dortmund in January and he continued his fine form in front of goal with 13 goals in 14 Bundesliga games.

Prior to his move to Dortmund, United were heavily linked with the Norweigan given his close relationship with Ole Gunnar Solskjaer.

However, United failed to put the money up for Haaland and instead signed Odion Ighalo on loan.

United are likely to be busy in the transfer market this summer but their sights are set on Haaland’s team-mate Jadon Sancho.

JUST IN: Could Roger Federer follow his idol Michael Jordan and turn 2021 into his own ‘Last Dance’ 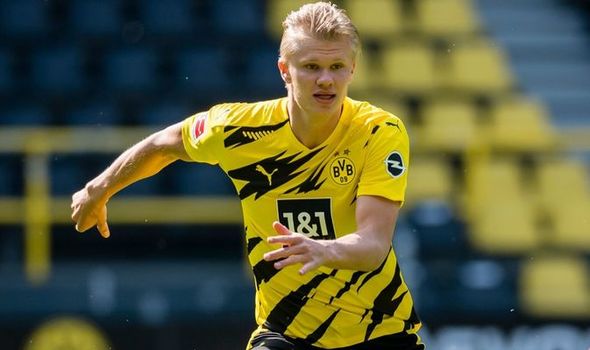 But Scholes believes United should go all in for Haaland, who he feels has ‘priceless’ attributes.

He told the BBC: “Yes. Do you know what, when all the talk was about, I hadn’t seen a lot of him, but then once the German football came back and I watched him properly, I thought: ‘Why did Manchester United not just pay whatever anybody wanted for him?’

“He looks that good, he’s still young, and he’s an out-and-out goalscorer. He’s quick as well, he’s got real pace.

“He’s a big lad, he’s a presence, and he scores goals – and that’s priceless. 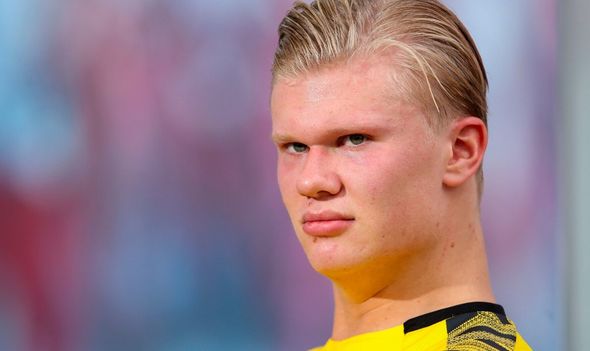 “Looking back – and do you know what, he still might be available, who knows, in time – but United are going to have to pay big, big money for him.

“But so what? He looks the real deal.”

Speaking this week, Solskjaer made clear United could not afford to rest on their laurels despite the improvement in form this year.

He said: “If you look at the table, we’re nowhere near where we should be. Consistency has to be improved and we still have to improve on many aspects of the game.

“There’s definitely not going to be any complacency and thinking, ‘We’ve cracked it’ because we’ve got so much to do. It’s an enjoyable journey.

“We can see improvements but, yes, we need to make one or two – or more – very good decisions.

“It’s going to be an important summer, definitely.”