Manchester United are reportedly trying to poach Stephen Ajewole, Manchester City’s emergancy recruitment specialist. There are fears at the Etihad that the move could compromise the club’s scouting intelligence, the report adds.

The Blues are on course for their fifth Premier League title this term, leaving United miles behind.

Ole Gunnar Solskjaer is trying to guide his team back to the top and he is making changes behind the scenes.

The Red Devils transformed their transfer hierarchy earlier this month and appointed John Murtough as a football director.

It now seems they are taking further steps to try and rebuild the club into the powerhouse they once was.

The Mail claims United want to hire Ajewole to lead recruitment from the under15-18 age groups. 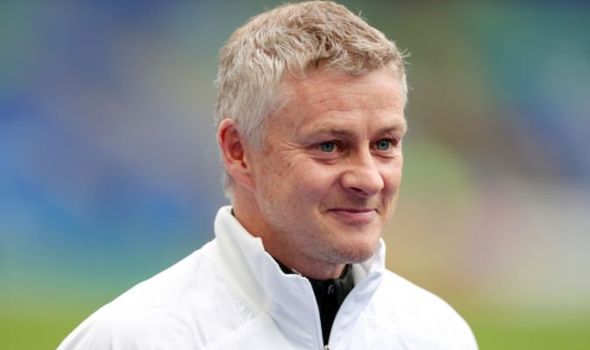 And they reckon United’s head of youth recruitment David Harrison is behind the push for Ajewole.

If Ajewole decides to move to Old Trafford he will bring with him all of the intelligance he was trusted with at City.

And he could then apply that to help United close the gap on their cross-town rivals.

Meanwhile, Solskjaer says he will always have the final say on transfer, even with Murtough now on board.

“I was consulted,” he explained after the revamp. “It wasn’t my decision but I was very supportive of it.

“John is easy to communicate with. He knows what I want because we speak freely.

“The club would never buy a player that the manager of Man United didn’t want. We do have a process. We’ve got the scouting and then the analysis, but it is always about the manager’s remit.

“All the players who have come in have been identified by every one of us.”