Manchester United have been tipped to challenge Liverpool and Manchester City for next season’s Premier League title. The Red Devils are 34 points behind Jurgen Klopp’s outfit but have been one of the form teams since the turn of the year. The addition of Bruno Fernandes from Sporting Lisbon in January sparked a revival in their fortunes.

Fernandes has contributed five goals and three assists in eight Premier League appearances for United, who are fifth in the table, two points behind Chelsea in the race for fourth.

United’s red-hot form before and after the lockdown has given fans hope that Ole Gunnar Solskjaer’s squad could challenge for honours next term.

And Match of the Day pundit Jermaine Jenas believes Fernandes has given them the spark to slug it out with top dogs Liverpool and City.

“Man United have been really impressive, I think,” he said. 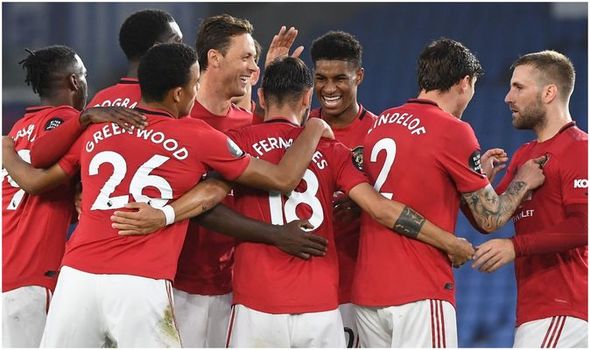 “Unbelievable to see the difference one player can make to a side in what Fernandes has brought.

“The link up between him and [Paul] Pogba seems to have really flourished.”

Chelsea also appear to be gearing up for a title challenge after splashing the cash ahead of the summer transfer window.

Hakim Ziyech was lured from Ajax for an initial €40m (£36m) while Timo Werner has joined after the release clause in his RB Leipzig contract was triggered.

Chelsea will need to sort out their defensive flaws, however, which were exposed in the 3-2 defeat to West Ham on Wednesday.

Jenas believes they will be in the title mix but said: “Chelsea look like they will make moves in the market which will hugely strengthen them.

“They’ve got defensive things they need to look at.”