Aston Villa are preparing to put an end to speculation linking Jack Grealish with Manchester United by making him the club’s highest-earner. According to The Sun, the Villians are ready to give Grealish a contract worth £100,000-per-week.

Grealish continues to be linked with a move to Old Trafford, but Villa are holding firm over their valuation.

They want at least £80million for their captain, but United aren’t willing to meet those demands.

Their focus is on Borussia Dortmund wonderkid Jadon Sancho, and reports suggest they are ready to finalise a deal worth £108m.

With the Red Devils unlikely to bid for Grealish, it appears he could opt to stay at Villa Park. 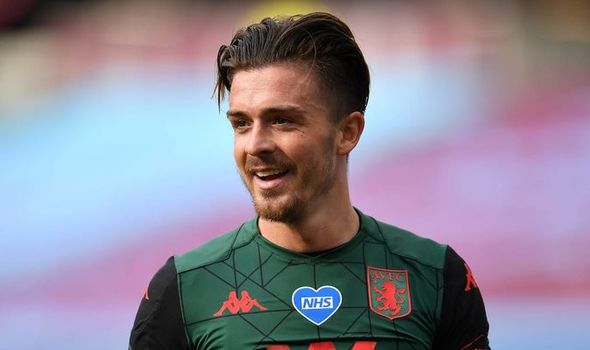 Grealish played a key role in keeping Dean Smith’s side in the Premier League on the final day of the season as he netted against West Ham.

And Villa are preparing to reward him for his efforts this season with a bumper new deal to keep him at the club for five more years.

If he were to agree the new deal, it would put an end to speculation linking him with United.

The Red Devils have been linked with him for some time, with club hero Ryan Giggs giving his full support to a potential move.

Villa don’t seem to need the money, however, so are unlikely to budge on their valuation.

The report in The Sun claims Villa are set to continue spending this summer – 12 months after forking out nearly £150m in transfer fees.

They have already made enquiries over Celtic striker Odsonne Edouard, but the Scottish champions are determined to keep the £40-rated ace. 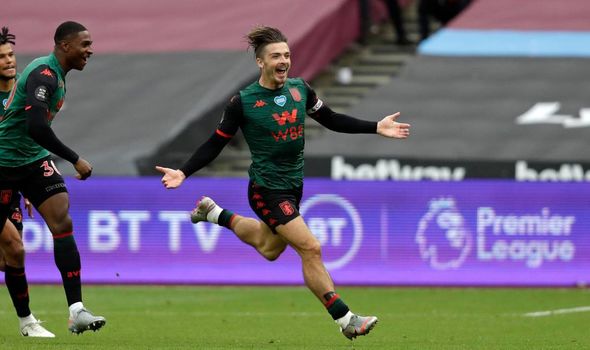 They are also set to rekindle their interest in Brentford’s Said Benrahma after the Bees missed out on promotion to the Premier League on Tuesday night.

Villa’s owners want Grealish to be supported with new attacking talent this summer in order to help him build on this season’s heroics.

Reports claim the club’s owners have set aside £100m for new signings this summer.

John McGinn and Tyrone Mings could also be in line for new contracts.