Dayot Upamecano is still a Manchester United transfer target but a January bid is unlikely, it has been claimed, and that news may not delight manager Ole Gunnar Solskjaer and club legend Gary Neville.

RB Leipzig centre-half Upamecano has been more heavily linked to United than any other centre-half over the past 12 months, despite apparent interest in alternatives such as Napoli’s Kalidou Koulibaly and Villarreal’s Pau Torres.

But Goal say that while United would like to sign a centre-back in the current winter window, a move for Upamecano in the summer is far more plausible than a mid-season swoop.

The 22-year-old has played in all bar one of Leipzig’s 13 Bundesliga matches this term and the France international is pivotal to Julian Nagelsmann’s side.

The highly-rated central defender will be available for less than £40million in the summer, however, due to a release clause in his contract at the Red Bull Arena. 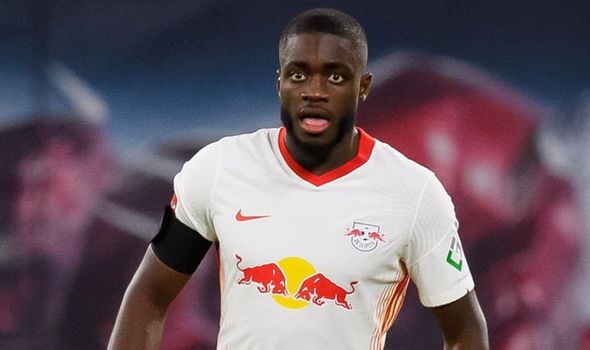 And as such United are not expected to try and prise him from Leipzig in the coming weeks.

That is despite Telegraph Sport declaring that United manager Solskjaer sees the addition of a centre-half this month as a priority.

The Red Devils find themselves in the hunt for the Premier League title despite what was thought to be a poor initial start to the season and then dropping out of the Champions League at the group stage in early December.

And Solskjaer would like to strengthen his options in central defence, with Victor Lindelof and Harry Maguire his most-used centre-half partnership.

Eric Bailly is back to fitness but has regularly struggled with injury problems during his time at Old Trafford. 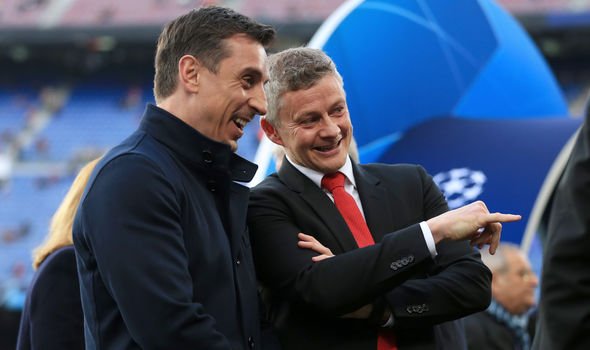 Solskjaer therefore wants an extra body at the back to give him greater depth who will seemingly act as a more durable competitor to Lindelof for the starting spot next to captain Maguire.

United could also try to sign a right-back to compete with Aaron Wan-Bissaka with Norwich’s Max Aarons their top target in the position.

But back in September iconic former United right-back Neville sent a clear message to the club’s hierarchy while discussing his former side’s fortunes on Sky Sports.

Neville warned that United must improve upon Maguire and Lindelof at the back if they harbour genuine ambitions of being crowned champions for the first time since 2013.

“We can talk about [Jadon] Sancho all we like but until United get a centre-back who can run and defend one-on-ones they are never going to win the league,” Neville said three months ago.

“They are never going to win the Premier League with that centre-back pairing. They have to get a mobile, dominant centre half in alongside either Lindelof or Maguire.

“Over the years, the best centre back partnerships have always had that really quick one who has lightning pace to get across and snuff out the danger. Lindelof and Maguire just don’t have that.”

And speaking earlier in December in the wake of a goalless draw with Manchester City, Neville added: “I still have it at the back of my mind with this club that to allow a manager to win the title you have to arm him with the players to do so. 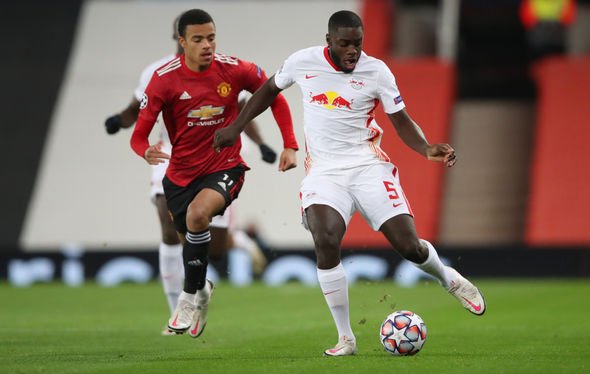 “They have six midfielders and they are trying to get them all in – square pegs in round holes, all the time.

“I don’t think in the last five or six years they have given any manager a team that can win the title. And that’s the job of the people upstairs.

“There is dual culpability in terms of why Manchester United aren’t successful. But Ole has got to get close with that group of players.”

It remains to be seen whether United’s stance on Upamecano means they could still sign another alternative central defender in January.

But if they plan to sign a centre-back now and then Upamecano in summer, that may not bode too well for the likes of Lindelof, Bailly and Axel Tuanzebe.