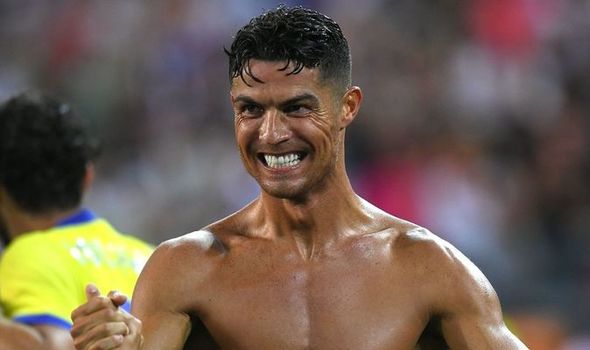 Manchester United’s owners the Glazers are now reportedly considering a dramatic last-minute hijack to beat Manchester City to the signing of club legend Cristiano Ronaldo. The Portuguese superstar, who left Old Trafford 12 years ago for Real Madrid, has already told Juventus he will not play for the club again, meaning a deal is there to be done.

Ronaldo, now 36, has this afternoon boarded a flight in Turin to meet with his agent Jorge Mendes to resolve his future.

City remain the favourites for Ronaldo at this stage following extensive talks with his super-agent Mendes but now the race is hotting up.

Any club looking to sign Ronaldo would as things stand, have to pay a £25million fee to Juventus.

Pep Guardiola and the City board are reluctant to do that at this stage, although this is a fast-changing situation, despite agreeing personal terms with CR7.

Now the Manchester Evening News have broken the news that the Glazers are weighing up a stunning swoop for Ronaldo, in a bid to beat City to the deal.

That stance has also been justified by United boss Solskjaer, who has now publicly confirmed United’s interest in Ronaldo, saying his former team-mate ‘knows we’re here’ if he wants to come back to Old Trafford.

“I didn’t think Cristiano was gonna turn out leaving Juventus,” Solskjaer said. “And it’s been speculation this morning and the last few days.

“We’ve always had good communication. I know Bruno [Fernandes]’s been talking to him as well and he knows what we feel about him. And if he was ever gonna move away from Juventus he knows we’re here.

“We focus on the ones we have there, I don’t want to speculate too much on Cristiano, what’s happening there with the press.

“Such a tremendous human being, as well. Let’s see what happens with Cristiano. Everyone who’s played with him has a soft spot for him.

“I could’ve been in that box and scored- a few, the ones he scored just tap-ins and stuff,” Solskjaer laughed at the suggestion Ronaldo would be a handy goalscorer. “As I said earlier, he’s probably the greatest player of all time, arguably, him and Messi, but then it is what it is.”