Manchester United have seen their match postponed against Liverpool after fans took to the pitch at Old Trafford. Graeme Souness has given his thoughts while in the Sky Sports studio.

Manchester United’s owners the Glazers have been controversially defended by Graeme Souness.

It comes amid ongoing protests over the American billionaires with fans taking to the pitch to delay today’s match against Liverpool.

The Red Devils had been scheduled to take on their biggest rivals at Old Trafford today in a crucial Premier League clash.

But neither team have been allowed to leave their respective hotels to get to the ground. 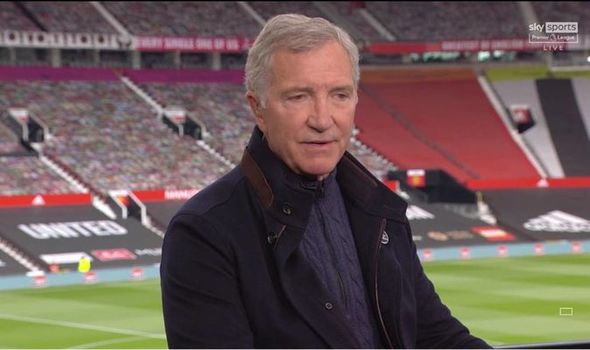 Over 200 fans broke into Old Trafford and have been protesting the ownership, while some have been restrained by police after trying to break into the dressing rooms.

One even threw a flare towards the pundits gathered and Souness has given his opinion on the situation.

He said: “I don’t think it will (have an impact). The Glazers, since Fergie retired, have given successive managers over a billion pound to spend.

“I think it’s £719million net spend over the eight years. I think it’s born out of United not being top dogs as much as what happened last week, I think that’s another excuse to have a go at them.

“These are serious, serious business people, I don’t think this will impact on their thoughts. I really don’t.”

Anger has grown in the United fanbase over the last week after the club announced plans to break away from the competition and form a European Super League.

He added: “We live in a country where you can demonstrate, you can vent your feelings, you’re allowed to do it, but I still don’t see it impacting on the Glazers one little bit. 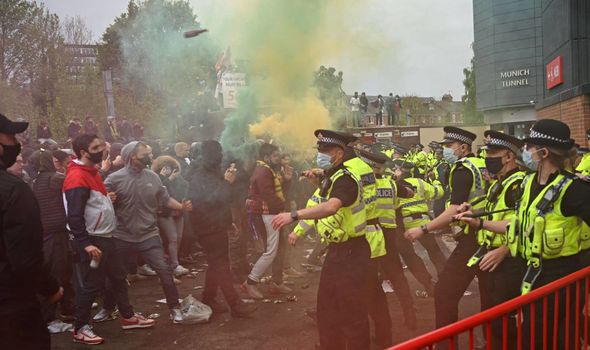 “If you think you can bring serious pressure to serious business people who live 3,000 miles away, across the Atlantic, that it will drive them to accept a discounted offer for Manchester United, that will not happen.

“They’ve had to put collateral in, you don’t just go to the bank and say I want to buy Manchester United, I’ll need £500million or however much it costs to buy, without committing some sort of collateral.

“They’ve risked things to buy Manchester United, since then, they’ve given successive managers fortunes to spend.

“It’s only since Fergie stopped that the success has stopped and I think that irritates supporters and they have become the focus of their anger. I think it’s slightly misdirected.”