Van de Beek has moved to United in a £40m deal, becoming their first signing of the transfer window in the process.

He admitted to supporters that Ole Gunnar Solskjaer’s vision for the club swayed him into moving to Old Trafford, saying: “I am now ready to take the next step in my career and perform at the highest level and there is no higher standard than Manchester United.

“Everyone has told me how amazing the Old Trafford atmosphere is and I am looking forward to experiencing that, once it is safe for the fans to return.

“This team has some of the best midfielders in the world and I know that I can learn from them and also bring my own strengths to the group.

“Having spoken to the manager about his vision for this team, the direction that the club is going in is hugely exciting and I cannot wait to be a part of that.”

And Fletcher, speaking to United’s official website, has hailed Van de Beek – and revealed what specifically impresses him. 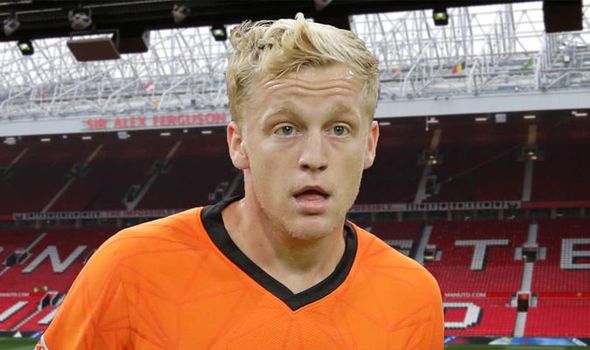 “He’s a top-class player and I think he’s a fantastic signing,” said the Scot. “For somebody at his age, for that price, I think it’s a no-brainer.

“I saw him during Ajax’s run to the Champions League semi-finals last season [in 2018/19], he was probably one of the catalysts for that.

“What I like about him is his flexibility in midfield.

“I just think he’s a great addition and he seems like a great guy as well, given the way he’s been treated since leaving Ajax and how everyone has spoken about him.

“There’s nothing better than having players in your team that are top players but good people as well. It definitely goes a long way.” 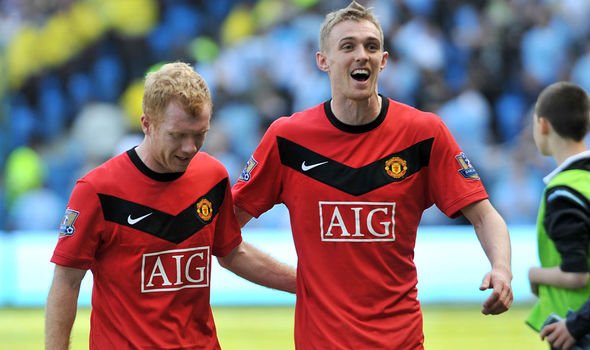 Fletcher also believes Van de Beek gives United more strength in depth, opening up on his own experiences in the process.

“When I was at United we had five, six, seven midfielders fighting for two or three spots.

“You should be pushing each other. You shouldn’t think that you’re an automatic starter, and by adding players like Donny it gives competition for places and that squad depth.”

United will be back in the Champions League next term after finishing third in the Premier League table under Solskjaer last term.

And he feels the Dutchman’s experience will be a vital asset, adding: “We’re back in the competition and he’s been there.

“He’s played for a big club in Ajax and got to the latter stages of the Champions League and that’s what it’s about; it’s the pinnacle of club football.

“It’s a fantastic competition and United should be competing on both fronts [Premier League and Champions League].

“You can’t pick one – you have to go and attack both at full tilt and see where it takes you.”