Manchester United have been ordered to sack Ole Gunnar Solskjaer following their Champions League exit to RB Leipzig by Arsenal legend Perry Groves. The Norwegian saw his side lose 3-2 on Tuesday night. And that’s put his long-term future at Old Trafford back in jeopardy.

United ventured into their Champions League showdown with RB Leipzig on Tuesday night knowing a point would be enough to qualify for the knockout stages of the competition.

However, they slipped to a 3-2 defeat in Germany with Angelino, Amador Haidara and Justin Kluivert giving Julian Nagelsmann’s side all three points.

That’s led to yet more questions over Solskjaer’s suitability to the role.

And Arsenal legend Groves has ordered United to get rid of the Norwegian, believing he’s out of his depth.

“Are Manchester United an elite football club? Are they playing in an elite competition? Have they got an elite manager? That’s how simple football is,” he told talkSPORT.

“I’ve been saying it since the beginning of the season; Ole Gunnar Solskjaer is out of his depth at this level.

“He’s got a good record in five away games they’ve gone behind in the Premier League, they’ve come back and won all five. 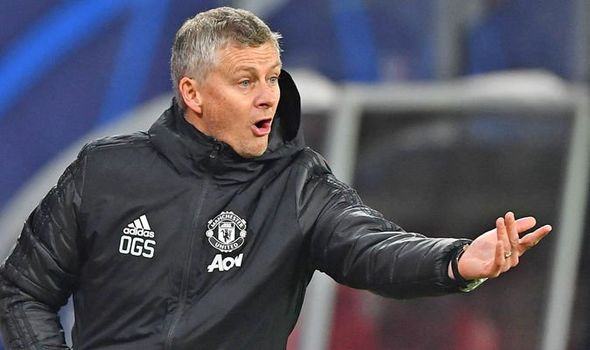 “The simple reason being is they’ve started off badly, he’s made substitutions, they have better players coming off the bench than teams they’re playing. So it gives you impetus.

“You’re chasing the game, you have nothing to lose. I’d love to know what his ex-teammates [are saying].

“They’re sticking up for him saying ‘give him time, he knows what he’s doing’. I’d love to know what they’re saying now because they should know their football.

“Although he’s their friend, he is out of his depth at this elite level.

“He’s out of his depth tactically and he hasn’t got that aura about him for a club of Manchester United’s stature. 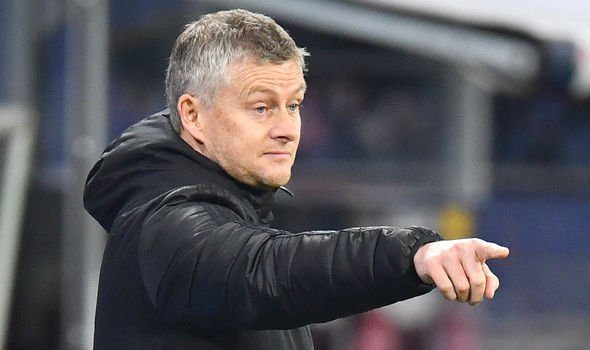 “So it’ll be interesting to see what the callers think because I said it right at the start, they shouldn’t have given him the job because he’s an ambassadorial sort of character.

“Everybody loves him. Now, the decision is do you sack him before the Manchester derby at the weekend? I would, but they won’t.”

Fellow talkSPORT pundit Ally McCoist instead urged them to stick, rather than twist.

He believes Solskjaer has credit in the bank after guiding the club to a third-placed finish in the top flight last term.

He said: “Have they made progress? Yeah, I think they probably have, but not as much as a lot of people would want to see.

“I definitely don’t agree with ‘he’s too nice to be a manager’. I just think that’s rubbish, absolute garbage, just because he doesn’t start ranting and raving and showing people he can be this kind of hard figure.

“Just because of his manner in front of the camera, I don’t think he should be judged as a manager on that.

“You should be judging a manager on results. Not qualifying for the Champions League [knockout stages] isn’t good enough.

“I’ve got to say, I’m not sure I’d be removing Solskjaer right now. I don’t think I would. I’d let it go a wee while.

“He’s got a big game at the weekend, but everybody was raving towards the end of [last] season; they had a fantastic finish, got themselves in the Champions League, and if they beat Manchester City, they could move up to third or fourth again.

“So at this moment in time, I would be leaving it. That’s the way I see it.”