Harry Maguire was partly to blame for Manchester City’s opening strike as they claimed a 2-0 win against Manchester United in the semi-final stage of the Carabao Cup. John Stones managed to get free at the back post to tuck the ball home.

Manchester United fans have slammed Harry Maguire’s involvement in Man City’s opening strike of their defeat in the Carabao Cup.

The Red Devils were sent crashing out at the semi-final stage after an efficient performance from City, earning them a 2-0 win at Old Trafford.

The Sky Blues took the lead shortly after half-time when John Stones hit home from a crossed free-kick that seemed to evade multiple United defenders.

Maguire was the man tasked with marking Stones, but he managed to get free to tuck home at the back post, with Victor Lindelof and Luke Shaw also failing to deal with the danger. 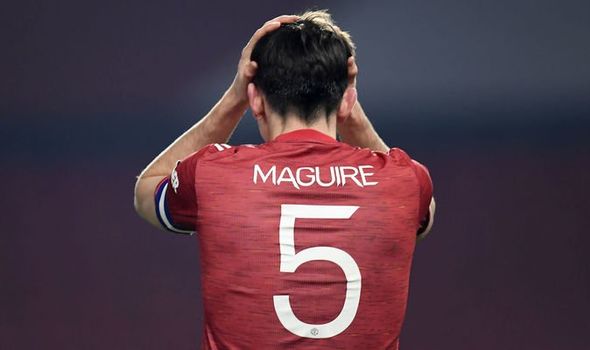 But it was the club captain who came in for particular criticism, with many slamming the efforts of the England international.

“Shocker from Maguire there,” one wrote on the r/devils Reddit thread.

A second added: “He’ll never be world class, always has this in his game that other defenders don’t.” 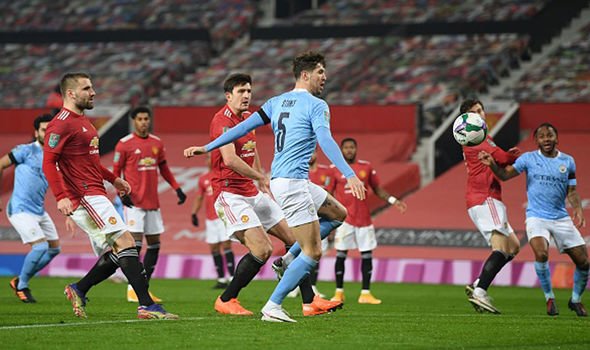 “Haven’t the slightest idea what the F*** Maguire is doing there. None. None at all,” a furious third shared.

“F***ing disgraceful to concede from a set piece like that,” another added.

And a fifth put: “All it needed was use a f***ing leg by Lindelof or Maguire, but no it’s better to let it go to the far corner.”

Others defended Maguire, insisting it was a joint effort and Lindelof should also be criticised.

One added: “People having a go at Maguire here but Lindelof has a free clearence then pulls his leg back at the last second? What happened there?

“Ball goes by both of the centre backs, unacceptable,” a disapproving second added.