Manchester United and Barcelona will face off at Old Trafford in the Champions League tonight with a spot in the last four at stake.

The Red Devils are far from full strength, with Ander Herrera and Anthony Martial missing through injury and on the bench respectively.

Manchester United’s stadium announcer read out the teams for tonight’s match, with supporters cheering each of their heroes.

But two players got the quietest cheers of the evening, with Ashley Young and Fred both greeted by just a few supporters.

David De Gea and Marcus Rashford got the two biggest cheers of the night.

But United fans, it seems, have a problem with Ole Gunnar Solskjaer naming Young and Fred in the side for tonight’s big game.

Fred has toiled ever since his summer move from Shaktar Donetsk.

And Smalling has struggled for consistency throughout the years, despite strutting his stuff at Old Trafford ever since 2010. 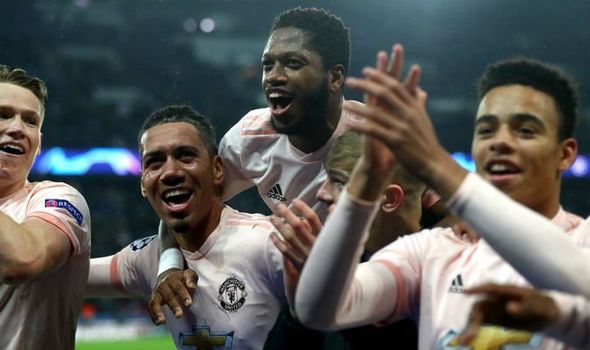 The Spain international is making his first return to his former side since leaving for the Nou Camp in 2008.

And Pique has credited Solskjaer for his development, saying: “I remember playing with him, he was a great team-mate.

“He helped me a lot in adapting to the club and the city.

“He was at the end of his career and he had injury problems but I just have great memories from him.

“For me, at that moment, it was a great experience (scoring in same reserve game as Ole), I can only say good words about him.

“He was an old player, a veteran, he didn’t have to speak to us but he took care of us and helped us a lot.”

United last beat Barcelona back in 2008, with Paul Scholes bagging the winner.