Manchester United manager Ole Gunnar Solskjaer can take one giant step towards ending the club’s semi-final hoodoo under him tonight (8pm), when they face Roma in the first leg of their Europa League last-four clash.

United fell at the same stage of the same competition last season to Sevilla and have also been defeated in the Carabao Cup semis this year and last, and were defeated in the same round of the FA Cup in 2019-20.

But the Red Devils are the favourites against their ageing Italian opponents Roma, who have former United players Henrikh Mkhitaryan and Chris Smalling, ex-Manchester City striker Edin Dzeko and Pedro, who joined from Chelsea in the summer, among their ranks.

Yet one of the younger players who could feature is one long linked to United, the on-loan centre-back Marash Kumbulla.

The 21-year-old joined from Hellas Verona in September last year, signing a two-year loan deal which includes an obligation for Roma to buy the player in the summer of 2022.

The four-cap Albania international, valued at £24.3million by Transfermarkt, has made 23 appearances and scored two goals for Paul Fonseca’s side so far this term. 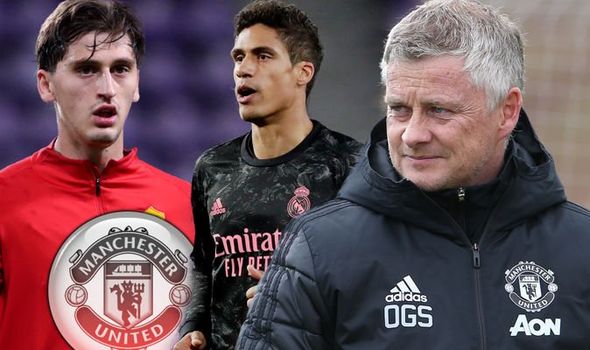 He missed both legs of the quarter-final win over Ajax due to a torn meniscus but was an unused substitute at the weekend against Cagliari upon his return.

Kumbulla might be on the bench for the first leg against United, although Gianluca Mancini’s suspension could also invite a return to the starting eleven, but could then return to the side in the return tie next week at the Stadio Olimpico.

And if he does feature, Kumbulla could give United a close look at a player they might one day wish to recruit to strengthen their defence.

The promising Albanian only recently turned 21 and has a long career ahead of him, having been linked with a switch to Old Trafford since early 2020.

While a bid this summer is unlikely, unless Roma bring forward their obligation to sign the player – and that is highly improbable, Kumbulla could become a significant target in the years to come. 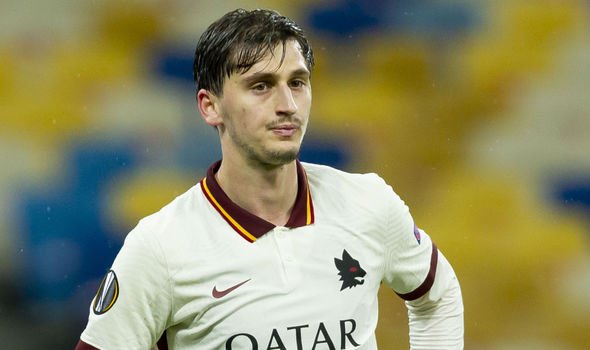 The defender is excellent in one-on-one duels, on the ground or in the air, and plays plenty of forward passes thanks to being more than comfortable on the ball at the back.

He’s not particularly the fastest but he’s a willing defender and his defensive nous counters what he slightly lacks in pace, even at such an early age, and he also shows great anticipation and concentration.

As he continues to gain European experience in Rome, there’s plenty to suggest he’ll be closely watched by clubs across Europe. United may be among them, having reportedly previously admired his talents at Verona.

United’s top target this summer is believed to be Real Madrid’s Raphael Varane, valued at £63million but whom Chelsea’s Thomas Tuchel is also said to be a big fan of.

The Frenchman is out of contract in 2022 and it remains to be seen whether he will pen a new deal or whether United or another club can prise him from the Bernabeu ahead of next season.

Even if United were to recruit him, having just turned 28, Varane may only be an elite option for three or four years before his game naturally starts to decline. 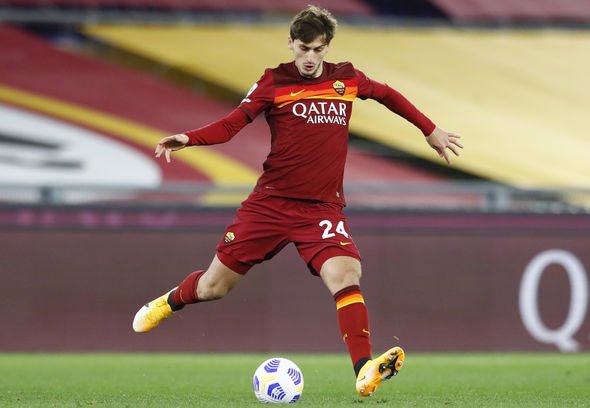 United’s other centre-half options are Harry Maguire (28), Victor Lindelof (26), Eric Bailly (27) and Axel Tuanzebe (23) and so clearly the long-term future of their defence isn’t fully clear.

Should Kumbulla perform well against United, he might remind them that he can be an option – and one United wouldn’t struggle attracting – next summer after Roma buy the player, even if not this coming window.

Given the finances it would take to sign either Erling Haaland or Jadon Sancho from Borussia Dortmund in the coming months, perhaps United might prefer to spend big money on their forward line – rather than on Varane – with the view to signing a cheaper centre-half solution in 2022, which could be Kumbulla.

He’d certainly be more affordable than Varane, who will surely cost a minimum of £60m if he’s to leave Los Blancos at the end of the season, with no defender having played more games than his 39 for Zinedine Zidane’s men this term.

If United miss out on the World Cup winner because he stays in the Spanish capital or joins another club such as Chelsea, they can focus their finances on a Haaland or a Sancho and target Kumbulla as a cost-effective alternative in 12 months’ time.

He’ll hope to show that he’s worthy of being watched by United tonight and in next week’s second leg if he gets time on the pitch.