Raul Jimenez has revealed that Manchester United made an approach to sign him earlier this summer and his comments shine light on just how different Ole Gunnar Solskjaer’s frontline could have looked this season. The Mexican has impressed the United board ever since landing on English soil in 2018 and he is now widely considered as one of the most complete strikers in the Premier League.

There are few faults in Jimenez’s game, which is why he attracted interest from several top clubs.

He ended up staying put at Wolves but while away on international duty with Mexico, the 29-year-old has opened up on what might have been.

“One day I woke up and Juventus wanted me, another Manchester United and what I know is that there were approaches made,” he told TUDN.

“But an agreement was never reached and nothing was close. I’m very happy at Wolves.”

Wolves were in a strong position when it came to keeping Jimenez and they were set to demand up to £70million for his services. 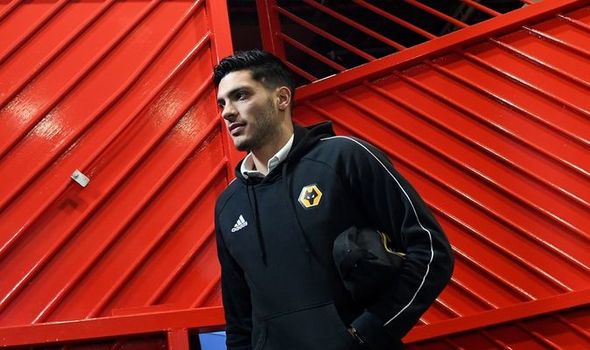 United were not willing to spend that kind of money on a striker, particularly on a player who turns 30 in May.

It soon became clear that United were not prioritising a striker and instead wanted to bring in a right-winger as well as a centre-back.

However, when the opportunity arose towards the end of the window, they decided to take a punt on free-agent Edinson Cavani.

It was a risk-free acquisition given that he did not cost a penny besides his wages.

Meanwhile, Jimenez would have been a more strategic signing with potentially bigger rewards.

His effectiveness as a target man has been there for all to see during his time at Wolves.

He is equally as influential facing away from goal as he is when facing it.

Jimenez thrives off creating space and bringing others into play, while his scoring rate is impressive too.

He hit 17 goals in the Premier League last season, notching a further 10 in the Europa League.

With Jimenez through the middle and the pace of Marcus Rashford, Mason Greenwood and Anthony Martial around him, United would have been frightening. 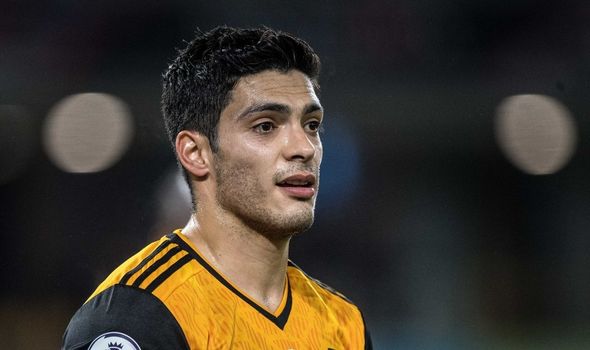 Bruno Fernandes would have had a field day picking out the United runners but instead, United appear rather one-dimensional.

Solskjaer’s style of play, which has emphasis on counter-attacking at speed, is at times limited.

That’s why on certain occasions including recently against Istanbul Basaksehir, United have struggled breaking down team that defend deep.

Cavani is always a goal threat, but he does not bring anything particularly new to the table.

In Jimenez, United might have had a target man to feed off and somebody to aim for when crossing into the box.