Neither the Prime Minister nor his chief of staff spoke to Manchester United executive vice-chairman Ed Woodward about the European Super League, according to Downing Street.

Labour had called for answers after reports emerged suggesting that Boris Johnson had given Woodward the impression he would back a breakaway league during the latter’s visit to Westminster just days before the announcement was made.

But the Prime Minister’s official spokesman told reporters that, while the pair did meet briefly, the European competition proposal was “not discussed”.

The plan for the so-called ‘big six’ Premier League clubs to join a Super League with the likes of Real Madrid, Barcelona and Juventus dramatically unravelled within just 48 hours after it was vehemently condemned by fans and Government ministers – including Johnson – alike. 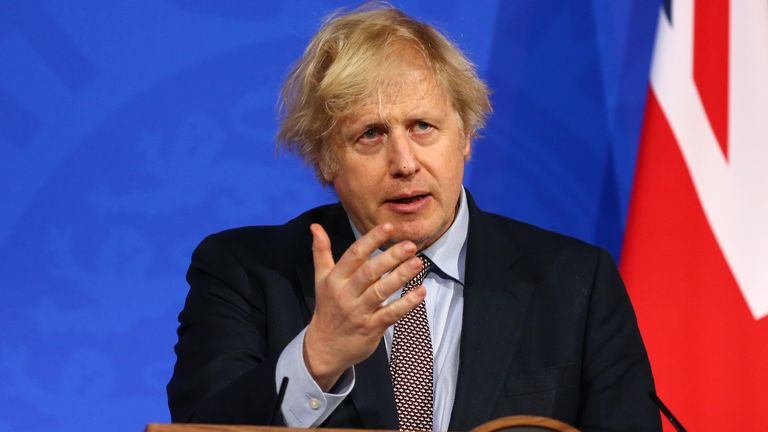 However, The Sunday Times reported that just four days before its launch, the Prime Minister may have given Woodward – who has since confirmed he will step down from his position at the end of the year – the impression he would back the controversial move.

The paper said Woodward had been in Downing Street on April 14 for a meeting with Johnson’s chief of staff Dan Rosenfield.

It said that while No 10 denied the meeting was to discuss the Super League, it quoted sources as saying Woodward may have briefly met Johnson while he was there and left with the wrong impression the Prime Minister supported the scheme.

Asked about Johnson’s talks with Woodward during a visit to Downing Street, the Prime Minister’s official spokesman said on Monday: “There was a very brief introduction to Ed Woodward, I think they crossed paths.

“But the European Super League was not discussed.”

Pressed on whether Rosenfield told Woodward the Government would not oppose the new venture, the No 10 spokesman said: “No, that’s not correct.

“The meeting was to discuss the safe return of fans and Covid certification as part of the events pilot work.”

The Downing Street official denied that there had been any attempt by Mr Rosenfield to water down the Prime Minister’s objections to the idea before he voiced his concerns on social media on Sunday April 18.

He added: “No, and I think you can see very clearly from our actions we were clear we would do everything in our power to stop them and that’s what we did.

“You can see from the words and actions from the PM and the Culture Secretary (Oliver Dowden) that set out our objections.”

Before the No 10 briefing, Labour’s Jo Stevens said Johnson needed to explain exactly what had transpired during Woodward’s visit.

The shadow culture secretary said: “The public has a right to know what exactly was promised to Manchester United by both officials and the Prime Minister.

“If Boris Johnson gave the European Super League his backing and then publicly turned on the plan, then the British people deserve a full, clear and immediate explanation and apology.”