Manchester United’s blockbuster summer signing Antony has been tipped to begin the Manchester derby on the bench, despite scoring on his only Premier League appearance so far against Arsenal. Red Devils boss Erik ten Hag will have several decisions to make ahead of the Sunday kick-off, as he is also sweating on the fitness of forwards Marcus Rashford and Anthony Martial.

The Dutch coach has lately kept to a settled starting lineup in the league, having won each of their last four games in the competition but now faces a selection dilemma. Cristiano Ronaldo could start up front if Rashford is unavailable to play following a hamstring injury, in a game where United will likely look to soak up pressure and play on the counter as Pep Guardiola’s side dominates possession.

Arsenal icon Paul Merson believes that Antony could come out of the side and be replaced by Anthony Elanga, who will be tasked with the job of tracking Manchester City full-back Joao Cancelo. “It’s going to be a hard game for Man United’s front line,” Merson wrote in his Sportskeeda column.

“I’m not sure if Ten Hag will play Antony from the start – there will be a lot of tracking back with Joao Cancelo bombing forward. Manchester City will look to create overloads in the final third, and I wouldn’t be shocked if Elanga plays just to track Cancelo.

JUST IN: Man Utd duo already battling behind the scenes ahead of Ronaldo exit 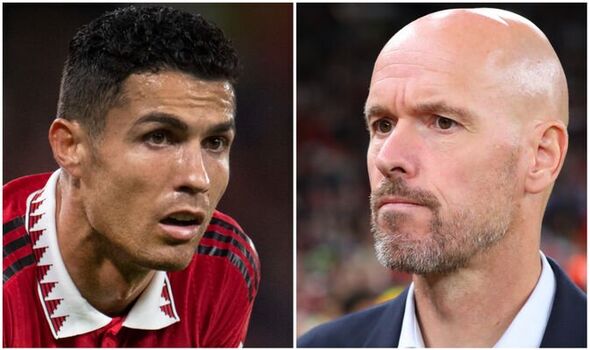 “Manchester United have got the players to hurt Manchester City. We’ve seen a lot of times that it’s one way or the other for United – they’ll either get a result, or they’ll get ripped to shreds. The longer they stay in this game, the more they’ll get involved and create chances. There will be gaps in City’s defence, and the likes of [Christian] Eriksen and [Bruno] Fernandes will need to find that perfect pass.

“Cristiano Ronaldo will find himself on the bench yet again this weekend. If United have to win this game, they have to play with pace on the counter. Ronaldo struggled for Portugal the other day, and he isn’t going to start this game. 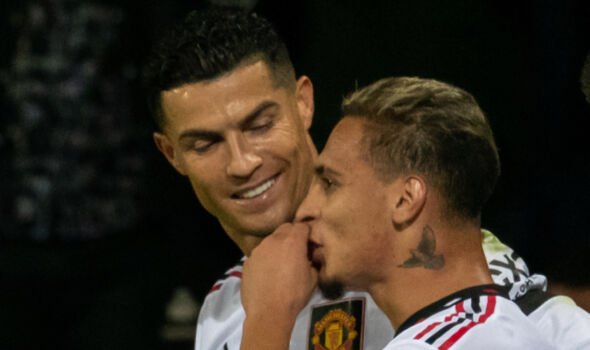 “Tyrell Malacia hasn’t done much wrong in the Premier League so far. Erik ten Hag knows him, and he’s probably going to start against Man City. Man United have been harder to score against in their last four games and will probably stick to the same defence.

“Man United are going to sit back and soak it all up, with Marcus Rashford playing on the counter. They’ll have to defend unbelievably well to get anything out of this match.

“I don’t see how they’re going to sit back without Man City not hurting them, and I think Pep Guardiola’s side will break them down eventually.”