Manchester United boss Ole Gunnar Solskjaer caused a stir with his comments over Thursday night’s Europa League semi-final opponents AS Roma. Solskjaer admitted he hadn’t watched Roma prior to being drawn against them in the last four of the competition.

Roma fans supporters printed out posters with Solskjaer’s face on them ahead of Thursday night’s game.

Supporters of the Italian giants didn’t take too kindly to comments he made after United beat Granada in the previous round.

Speaking after the 2-0 win at Old Trafford, he said: “I’ve not seen too much of them.

“I knew they played two good games against Ajax. 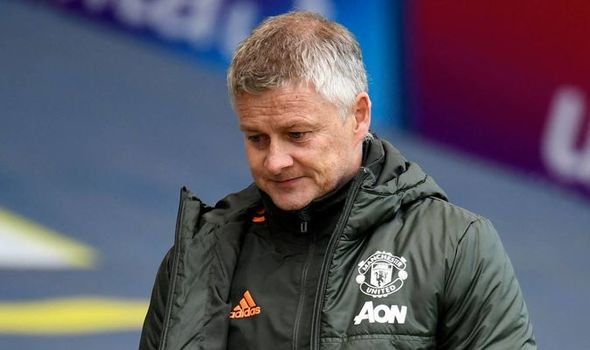 “They defend well, as Italian teams always do.”

Roma fans were left fuming after those comments, and printed Solskjaer’s face on the poster along with his comments and a message of their own.

The message read: “Make them remember us.”

However, Solskjaer’s full quotes indicated he had actually scouted Roma to some extent, as he picked out Edin Dzeko as their dangerman ahead of the tie.

He explained that the former Manchester City man provides an areal threat, and hinted that he will prepare his side accordingly.

Solskjaer said: “They’re an experienced team and we all know Edin Dzeko, so any ball in the box is a dangerous one.

“We’re looking forward to it, of course.

United were knocked out of the Europa League at the semi-final stage last year, losing to Sevilla in a one-off game in the re-organised knockout stage. 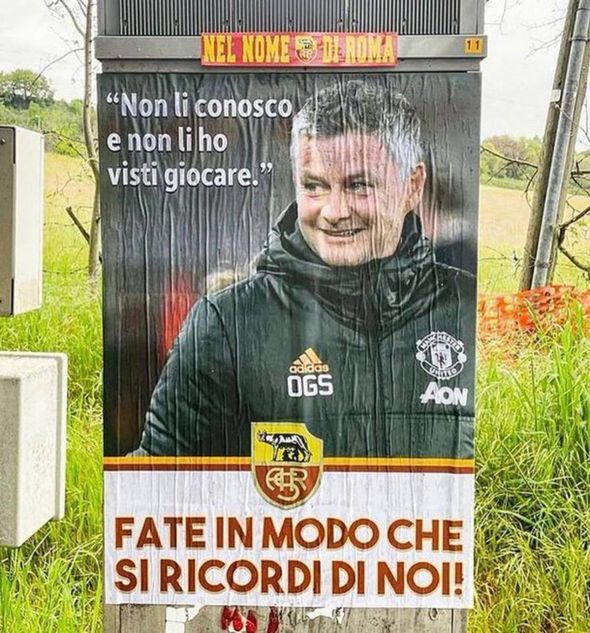 And Solskjaer seems determine to take his side one stage further this year, and wants to go all the way.

He continued: “We’re in a semi-final now and it feels like a proper European tie, because Roma is a club with loads of tradition and history, but we’ve done well against Italian teams before.

“We’re looking forward to it and we’re going into these games hoping to get to the final.

“If you can finish this season with a final and a trophy then that would be great.”