Real Madrid could have the upper hand in the race to sign Rennes wonderkid Eduardo Camavinga, but his future could rely on whether Zinedine Zidane remains at the Bernabeu. Reports in Spain claim he is eager to play under Zidane, who is under mounting pressure in Madrid.

Camavinga is one of the hottest properties in European football at the moment.

The 18-year-old midfielder is about to enter into the final year of his contract, and seems destined to leave.

Liverpool, Chelsea, Manchester United and Manchester City have all been linked with a move for the midfielder.

Thomas Tuchel is said to be eager for a new central midfielder, and Manchester Untied boss Ole Gunnar Solskjaer will likely look for a replacement for either Fred or Nemanja Metic. 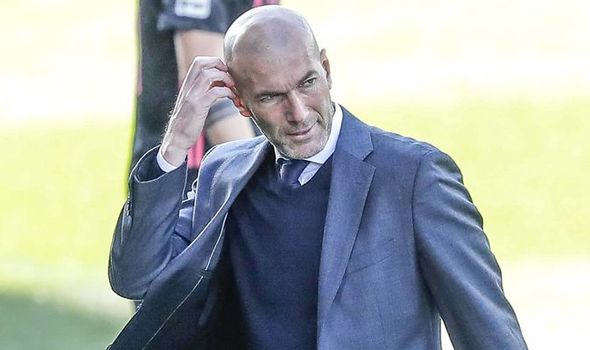 But Camavinga himself is apparently eager to snub a move to the Premier League and join Madrid.

The youngster is France’s youngest player in over 100 years, and is considered one of the best talents in Europe.

Despite not being born when Zidane helped France win the 1998 World Cup, Camavinga is a big fan of the iconic midfielder.

And according to Spanish outlet AS, he is eager to play under Zidane and learn from him as he continues his development.

The Madrid boss has spoken about Camavinga sparingly in the past, and claimed he believes the youngster has a bright future ahead of him.

“He is a good player, he’s young and has a future in the game. But I’m not going to say anything else, he’s not our player,” Zidane said.

However, despite both parties seemingly wanting a move to Madrid, it has been claimed that Zidane’s departure would all-but end the possibility of him joining.

Camavinga’s agent, Jonathan Barnett, recently suggested that the Rennes midfielder is ready to move on this summer. 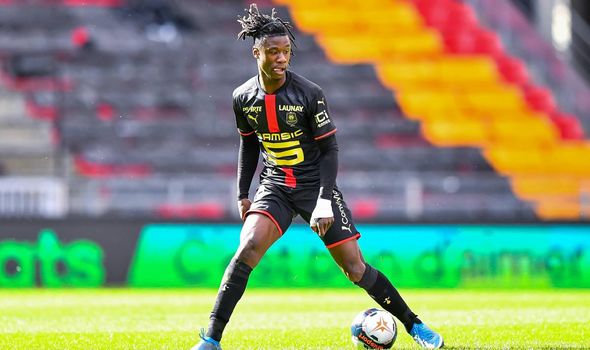 Speaking to The Athletic, he indicated that a move to the Premier League could well be on the cards this year.

Barnett said: “Camavinga can play next year in the Premier League. He is that good. Whether he will or not, I don’t know.

“His background has been tough if you know what he went through as a refugee and the burning of his home (in Rennes).

“But his character is amazingly strong. He is not your average 18-year-old.