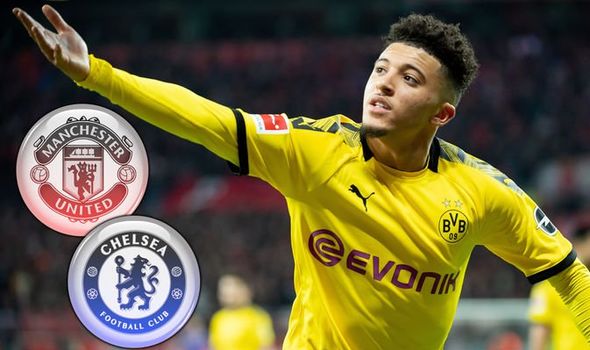 Manchester United and Chelsea have been handed a transfer boost ahead of this summer’s window. Both clubs are eyeing a deal for Borussia Dortmund sensation Jadon Sancho, and now have a better chance of reaching the Champions League following Manchester City’s ban.

City were handed a two-year ban from the UEFA competition, although they will appeal the decision and are confident of having it overturned.

But if the ban does stand it is likely the fifth place Premier League side will qualify for the tournament – with United and Chelsea two of the clubs battling for a spot.

The top three – Liverpool, Manchester City and Leicester – is likely set in stone for the remaining 13 games with the Foxes nine points clear of Chelsea.

But fourth spot is up in the air with Chelsea on 41, Sheffield United in fifth on 39, Tottenham 37, Wolves and Everton 36 and Manchester United down in 9th on 35. Arsenal are another spot back on 31 points.

But with fifth now seemingly enough for a place in the top European tournament United have a greater chance, while Chelsea now have a bigger buffer below them in their pursuit.

Both teams are keen on Sancho, although Liverpool are also believed to be in the running, and a place in next year’s Champions league will help their chance of convincing him to end his spell in Germany with Dortmund. 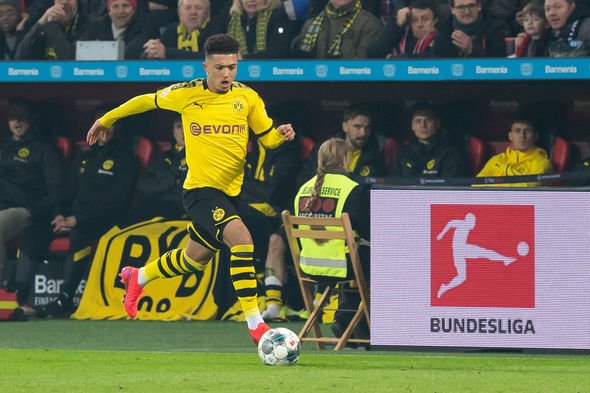 It was reported earlier this week that Sancho was keen on a move to United, with Ole Gunnar Solskjaer making him of his top targets.

And United chief Ed Woodward is ready to pay the £100m-plus to land him and really kick off their revamp.

United are expected to spend big this summer with Sancho, James Maddison and Jack Grealish among their targets.

Despite the club’s malaise in recent years football finance experts Soccerex released a report this week claiming United had £273.5m in the bank – some of which is likely to go towards transfers.

United were active in January with the signing of Bruno Fernandes and the late loan deal for Odion Ighalo.

But they are expected to be rampant in the summer as Solskjaer really moves things into another gear.

Sancho would be a marquee signing, and they also take pleasure in bringing in a former City player, who was essentially let go.

City will be due a sell on fee, but will be embarrassed by his development in Germany.

The 19-year-old winger has since earned 11 England caps, and has 13 goals, including one last night in the 4-0 win over Eintracht Frankfurt, and 13 assists for this season.

He has even received special praise from PSG star Neymar as he looked ahead to PSG’s clash with Dortmund in the Champions League.

“Without any doubts it will be a great game for those who love football,” Neymar said. “We are two teams who like to attack, two teams who qualify thanks to the players.

“Borussia have players that can make the difference. Jadon is a player that I really like to watch play and he is a great player with plenty of quality.

“Borussia Dortmund is a team with plenty of quality players. They have a special player, who is new but who is very good whose name is Sancho.

“He is a good player. We all know how difficult it will be for us here at Dortmund. We are hoping to play a good game to get a good result back to Paris.”