Manchester United vs Roma LIVE: Can Solskjaer end his semi-final curse? Rashford and Co eye first step towards the Europa League final against the Serie A side led by ex-Red Devil Chris Smalling

Manchester United host Roma in the first leg of their Europa League semi-final with the Red Devils looking to keep their hopes of finishing the season with a trophy alive.

The Premier League side fell at this stage of the competition last season, losing out to eventual winners Sevilla, and Ole Gunnar Solskjaer will be desperate to make his first final as United manager.

Standing in their way is the Serie A team led by former United defender Chris Smalling, who makes his first return to Old Trafford since leaving the club permanently last summer.

The United boss on press duties ahead of kick-off. He’s yet to make a final as manager of the club after four defeats in the semi-final stages of competitions. Will it be fifth time lucky for the Norwegian? 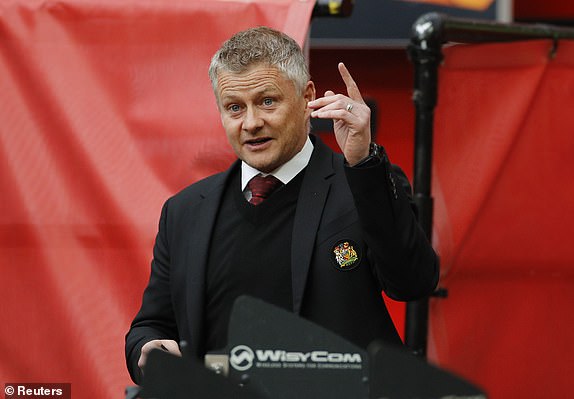 Chris Smalling returns to Old Trafford as a key part of Roma’s team as they look to stop United progressing to the final.

Manchester United dropped into the Europa League after finishing third in their Champions League group. Since then, the Red Devils have beaten Real Sociedad, AC Milan and Granada to reach the last four.

Roma topped their Europa League group then beat Braga, Shakhtar Donetsk and Ajax to progress to the semi-finals.

Smalling and Mkhitaryan are not the only Roma players returning to Manchester as former City man Edin Dzeko starts up front. The striker scored in the Blues’ 6-1 win over United in 2011. He’ll be hoping to upset his old rivals once again tonight.. 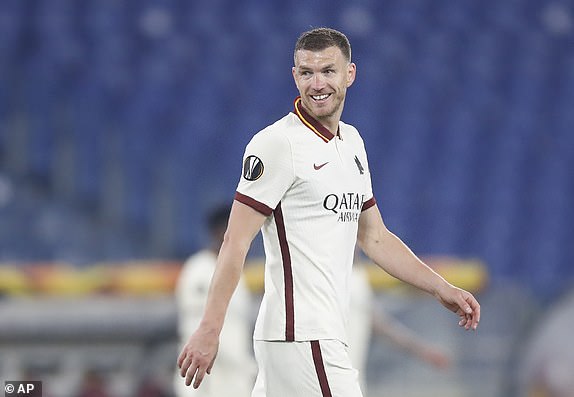 Two former United men in the starting XI for Roma with Chris Smalling and Henrikh Mkhitaryan get the nod.

Meanwhile, David de Gea starts in goal for the hosts with Edinson Cavani leading the line.

Hello and welcome to our live coverage of Manchester United v Roma in the Europa League. It’s set to be an exciting night of football as Ole Gunnar Solskjaer’s side look take first leg victory with them to Italy next week. We will have team news shortly so stay tuned.