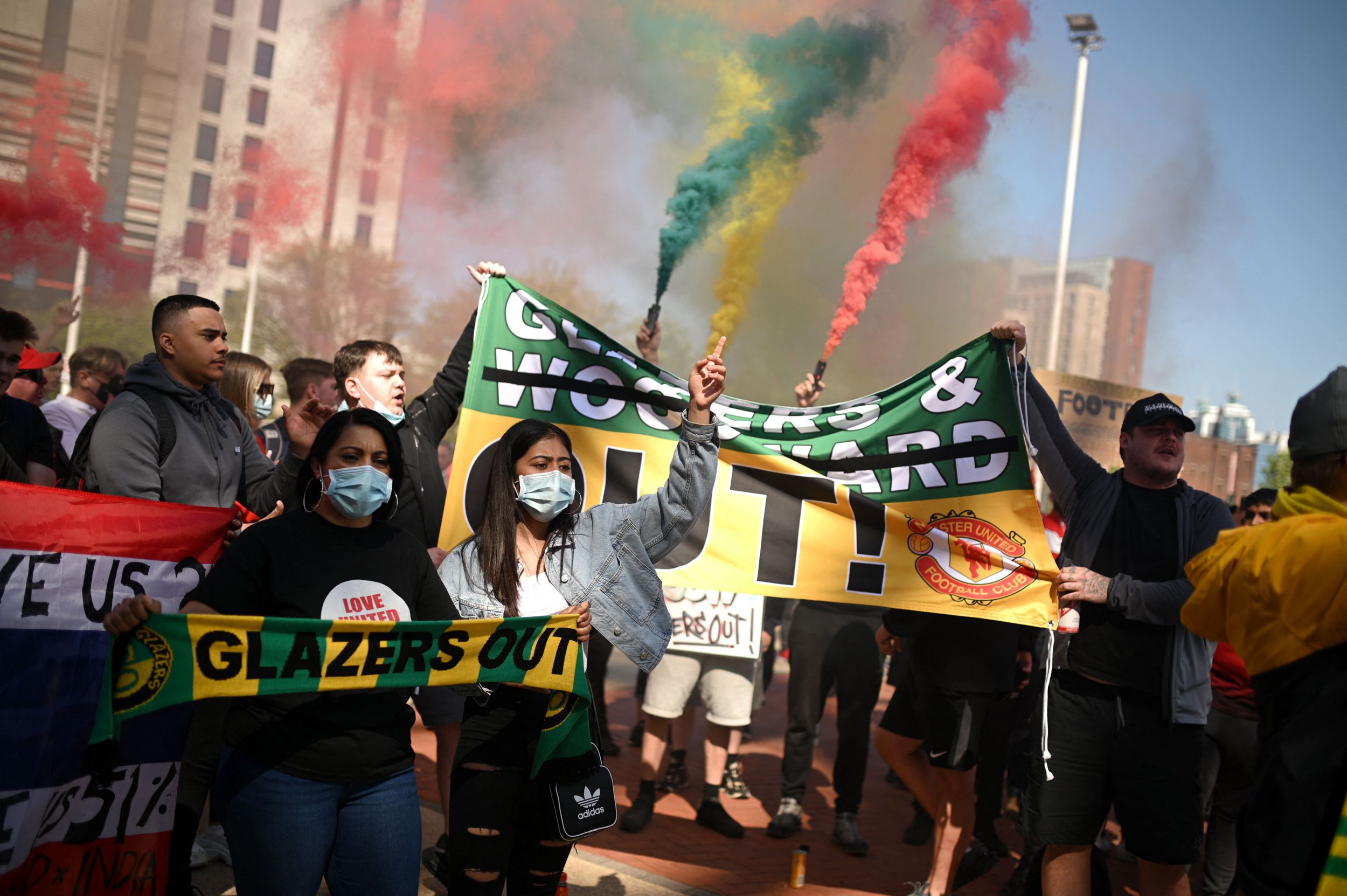 Manchester United have beefed up their security at the club’s training ground after the playing staff were left ‘shocked’ by recent anti-Glazer protests.

A number of United supporters broke into the club’s training ground last week to protest against the club’s American owners and Ole Gunnar Solskjaer and a selection of his backroom staff met with the protesters to diffuse tensions.

It follows the club’s decision to join – and consequently withdraw – from the European Super League.

Executive vice-chairman Ed Woodward has since announced his intention to step down at the end of the year and United fans feel it is the perfect opportunity to remove the Glazer family, who have taken over £2bn out of the club since their takeover in 2005.

United fans protested outside Old Trafford last Saturday, demanding that the Glazers give up at least 51% of their ownership of the club.

The playing staff were said to be ‘shocked’ at the ease in which a group of supporters infiltrated the training ground last week and the club have since tripled their security, according to the Daily Mail.

The protests show no sign of letting up, with United supporters flying a anti-Glazers plane above Elland Road during the 0-0 draw against Leeds United on Sunday.

The club are also said to have offered further ‘protection’ to officials that are based outside of Manchester, through fear that the protests could extend beyond the north-west.