‘Not a legend in my books… he’s the only Ballon d’Or winner playing at a World Cup unemployed’: Man United fans agree with the club’s decision to TERMINATE Cristiano Ronaldo’s contract, while others thank forward for countless ‘magical moments’

United announced that troublemaker Ronaldo would leave the 13-time Premier League champions following his highly-critical interview in which he slated manager Erik ten Hag, teammates, and the club owners.

Fans and rival supporters heading to social media in the immediate aftermath of the breaking news announcement waved goodbye to the 37-year-old, who secured a fairytale return to the club under then-manager Ole Gunnar Solskjaer at the start of last season. 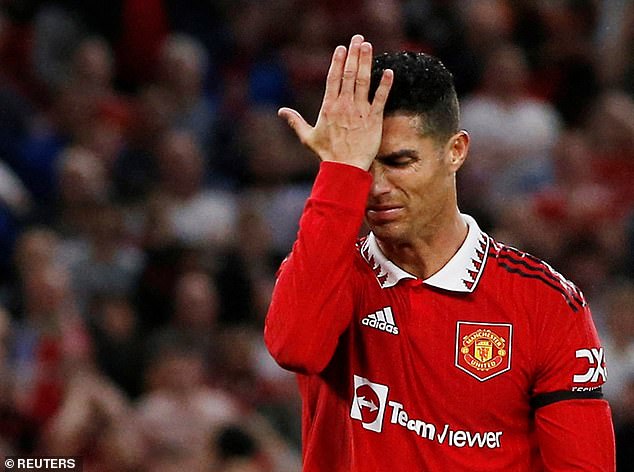 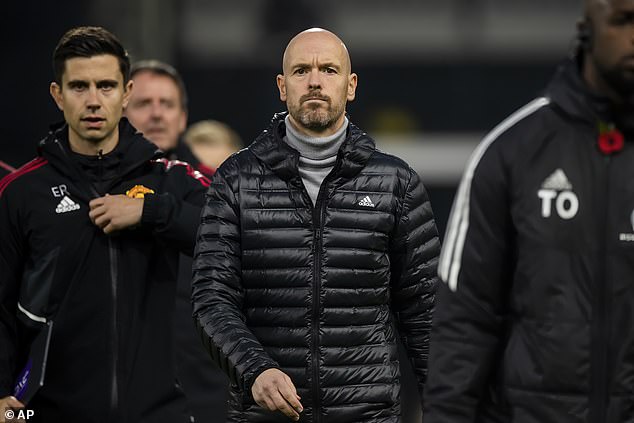 Mixed social media reaction showed most United fans were happy to see the ugly situation resolved, while others labelled his departure as a ‘sad end’ to what has been a magical Manchester United career for the Portugal star.

The situation seemed unlikely to end in a positive fashion after the star took part in a televised interview with Piers Morgan, where he aired some of his issues with Manchester United, and the way the club is run.

Certain concerned United supporters believe Ronaldo’s latest career move has only accelerated what was an inevitable situation in January.

Despite his bombshell interview however, some supporters still look fondly on his countless ‘magical moments’ in Manchester, albeit there will be no further moments for fans and the Portuguese star to share with his departure confirmed.

One responded to Manchester United’s official tweet on the matter, saying: ‘Ronaldo is bigger than your lousy club.’

Another fan thanked Ronaldo for his work with Manchester United across the years, adding: ‘Wish the end could have been happier, but we love you still. Siuuuuuuuuuuu!!!!!’, in honour of the 37-year-old’s famous line, which has been echoed by Saudi Arabia fans in Qatar after their win on Tuesday.

Others felt that it was the result of what happens when you engage in criticism of the club and senior staff on unofficial channels – and that it showed Ronaldo was not bigger than Manchester United, despite his ego-driven move.

One user said: ‘You bad mouth publicly your employer, now face the consequences, it doesn’t matter how great of a footballer you are, no one is bigger than the club!’

Another added: ‘Respect to United for actually backing the manager over that diva. Signs of a club that’s starting to get serious about their future’.

Someone else shared their conflicted feelings on Ronaldo’s departure, feeling his long-term success for United outweighs the bitter feud in recent times. They noted: ‘@Cristiano’ll always be a #ManUtd legend, just not as great a one he could’ve been…’ 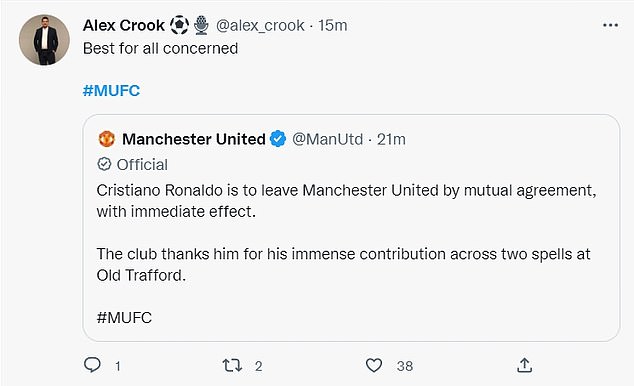 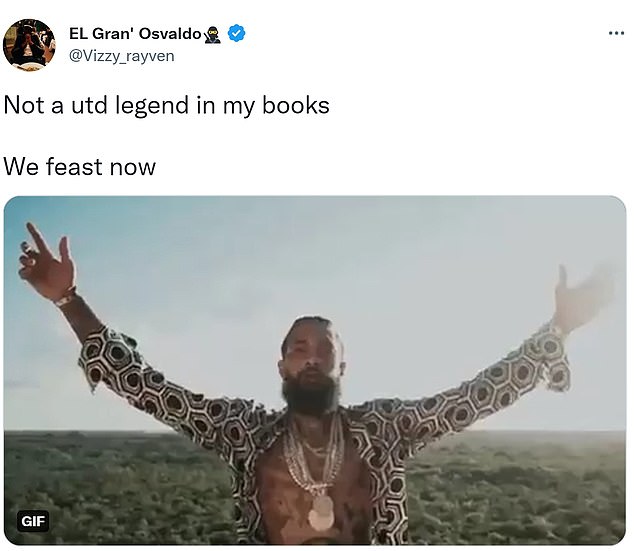 A fan account of Liverpool striker Mo Salah said of Ronaldo: ‘Came back to the league, got embarrassed on his own turf, and ran away when things got difficult.’ They also brutally added ‘Thanks for the memories’ before tagging the Portuguese star, who becomes one of a rare few to star at a World Cup without a club assignment.

One said: ‘On the horse you rode in on…’, and slated his choice to be involved in Morgan’s bombshell interview, which was aired over two programmes earlier this month. 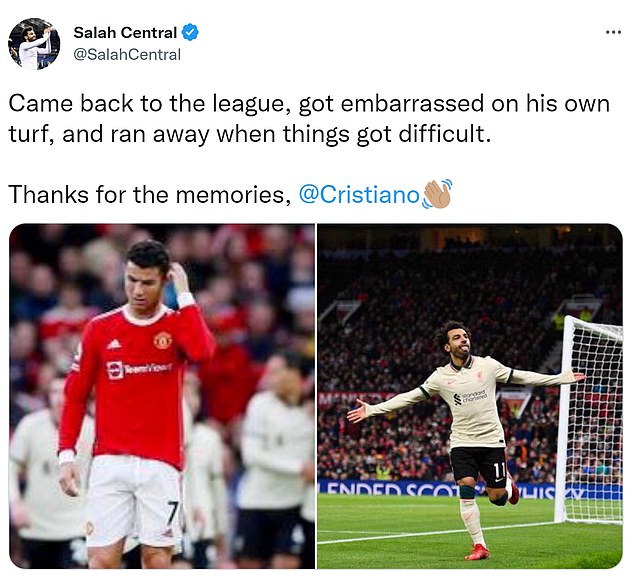 Another said: ‘Not a utd legend in my books’, despite winning three Premier League titles, the 2008 Champions League, and five other trophies with Manchester United during his initial spell with the club, which ran from 2003 to 2009.

Aside from some friendlies organised during the World Cup, Manchester United’s competitive return sees them host Burnley on December 21 in the Carabao Cup, six days ahead of their Premier League fixture against Nottingham Forest at Old Trafford.