Manchester City’s Champions League ban should have come into affect immediately, and they shouldn’t be allowed to continue in this year’s competition. That’s the opinion of Liverpool icon Jamie Carragher.

City were slapped with a two-year ban by UEFA after breaching Financial Fair Play [FFP] rules.

They are appealing the ban, but if it is upheld they will be unable to compete in the competition for another two years, sparking fears that star players will leave.

Express Sport understands that Pep Guardiola is considering his position at The Etihad, with Mauricio Pochettino eyeing the role if the Spaniard leaves.

JUST IN: Bruno Fernandes reveals what Man Utd can do better despite Chelsea win 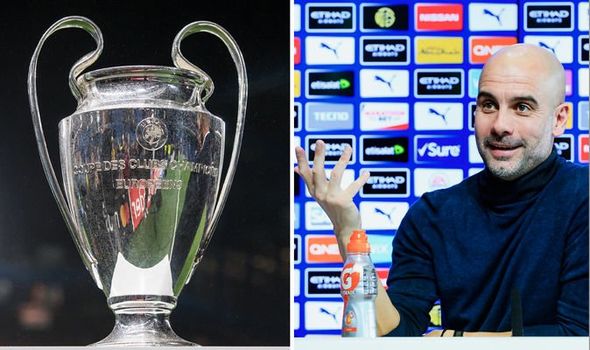 And Carragher was heavily critical of the decision to make the ban active from the start of next season.

He explained on Sky Sports that it would be “a mockery” of the Champions League if the Citizens win the tournament this year.

“I can’t believe they’re in the competition now,” Carragher said.

“What would happen if City win the competition this season? They’re favourites for it, they’re one of the best teams in Europe, it would make a mockery of the competition.”

City face Real Madrid next week in the round of 16 in their first European game since the ban.

And Carragher believes UEFA will want Madrid to knock the Citizens out of the competition.

He continued by stating that UEFA should have waited until the end of the season before handing down the ban.

“UEFA will be desperate for Man City to lose to Real Madrid, absolutely desperate,” Carragher added. 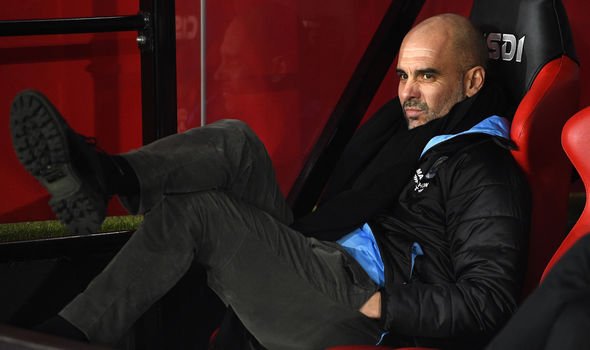 “Could you imagine someone from UEFA having to give the cup in Istanbul to a Man City player?

“The first thing Pep Guardiola would be asked is if this was a fake win, getting asked questions about the merits of the club, they’re in a competition now where if they win it, it’ll almost be tainted.

“It will be the biggest thing City have ever done, it’s the biggest thing you can win, but the things that would be getting thrown at Guardiola and the players five minutes later will be about whether they should be in the competition.

“I think UEFA they should have either taken City out of the competition right now or wait until the end of the season.”