Ferran Torres has enjoyed a debut season of mixed fortune at Manchester City, occasionally showing flashes of brilliance but often enduring lengthy spells on the side-lines.

Behind the likes of Riyad Mahrez and Phil Foden in the pecking order, Torres has found getting a sustained run of Premier League minutes difficult to come by.

However, he may have just delivered a performance too good to ignore at the perfect time with the shadow of Manchester City’s Champions League final looming larger and larger as the big night creeps closer.

City broke a Premier League record after they recorded a 4-3 win at St James Park over a resilient Newcastle side who led the tie twice on the night, before the brilliance of Torres ensured the three points were returning to Manchester with the newly-crowned champions.

JUST IN: Man Utd duo could now be key to Jadon Sancho transfer after Liverpool loss 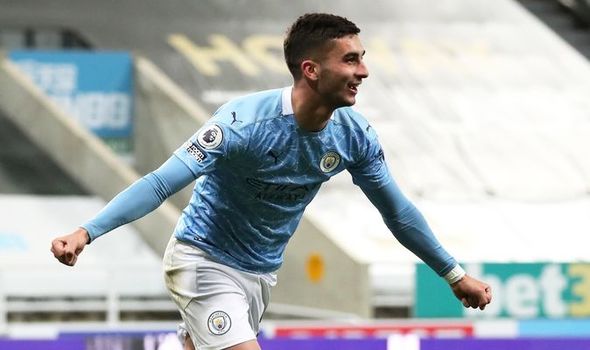 Goals from Matt Richie and Joao Cancelo meant the scores were locked at 1-1 when Torres tried to submit a late goal of the season entry, a spectacular aerial back-heeled lob over the flailing Martin Dubravka.

Newcastle then converted two penalties to restore their early lead, before Torres bagged another two to take home the match-ball and notch his first City hat-trick.

Speaking after the game, Torres conceded it was yet another highlight in what has been a remarkable few weeks for the club, having won the Carabao Cup, the Premier League and reached the final of the most elite club competition in European football all in a matter of weeks. 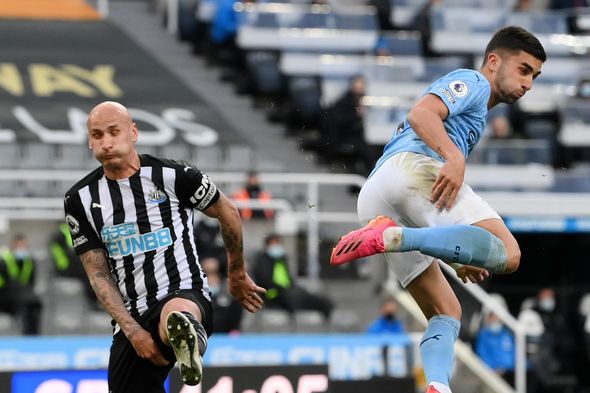 The City star said: “It has been an incredible week, we qualified for the Champions League, won the Premier League and I scored a hat-trick.

“I’m very happy. I try to improve day by day and also try to learn from my team-mates and my manager.

“I try to keep improving and getting ready for the Champions League final.” 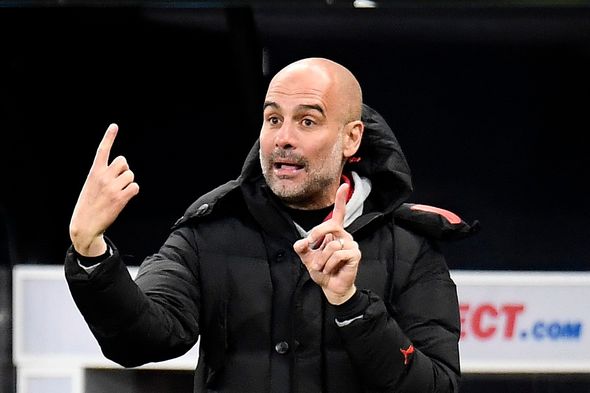 When asked about his the stunning first of his three goals, he simply said: “I always try to go to the first post for set pieces, I flicked the ball and I think it was a very beautiful goal.”

The performance was one that taught manager Pep Guardiola a number of things about his side, including some defensive fragilities he may be concerned about ahead of the Champions League final in two weeks, but it was also a night that saw City flex their attacking muscles.

They were hardly at their rampant best going forward, striker Gabriel Jesus had just one touch in the opposition penalty area in the first hour of action – yet they still bagged four, at a ground where last year’s Champions Liverpool failed to score one.