‘I didn’t have it done as a fashion choice… the subject of cancer is bigger than that’: Charlton striker Lyle Taylor on captaining Montserrat and why he chooses to play with pink hair

Few players had a more unusual international break this month than Londoner Lyle Taylor of Charlton Athletic who captained the tiny Caribbean island of Montserrat and had “Pinkie” yelled at him by opponents from Belize.

That bit can be explained at least. Taylor has dyed his hair for the whole of October to raise awareness of cancer and Charlton have agreed to turn The Valley pink for their game against Oxford tomorrow night in support of their 28-year-old striker who has lost several relatives to the disease.

Taylor is an ideal figurehead for the cause, speaking with a natural authority and sense of perspective reminiscent of Rio Ferdinand. 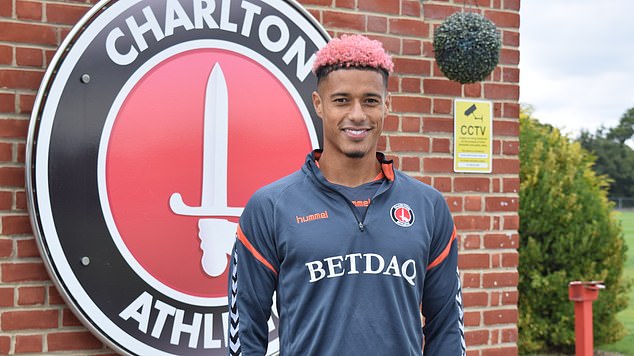 And the range of his career has seen him play against Celtic and Rangers during two spells in Scotland and become a regular marksman in the lower leagues in England, most notably for AFC Wimbledon and seven this season in League One for Lee Bowyer’s Addicks.

His interlude just over a week ago in Montserrat, who are ranked 205th in the world with only two countries below them, came about because Taylor qualifies for them through his grandparents.

He admits the whole experience is an eye-opener.

‘The population is only five thousand. I play in front of bigger crowds at The Valley,’ he says.

‘To get there, I flew to Antigua and waited for the evening boat to Montserrat which takes about an hour-and-half. On the return journey, we got this little eight-seater plane back to Angitua. It was interesting to say the least, the plane was basically a little “crop duster” and every crosswind made it sweaty.

‘Before we boarded, we had to all step on the scales with our luggage to make sure we didn’t break the weight limit.’ 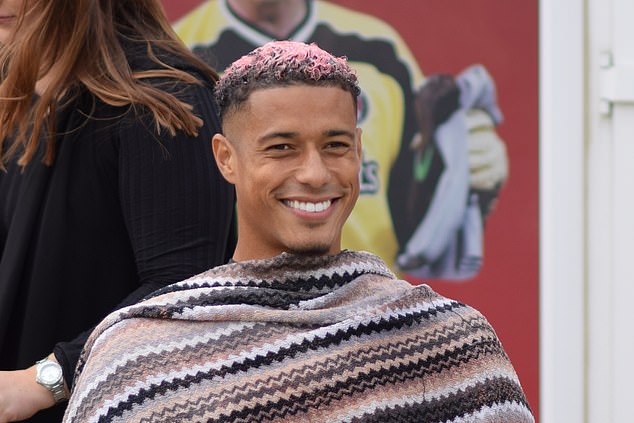 Alongside his campaigning, Taylor has also found time to captain Montserrat’s national team

A crowd of 500, one-tenth of the entire population on the volcanic British overseas territory, watched Montserrat enjoy a rare competitive victory, a deserved 1-0 in a Concacaf Nations League qualifier.

‘The Belize players would shout “pinkie” when they needed someone to mark me at corners,’ smiles Taylor, whose international team-mates include his brother Joey from non-league Horsham, and Colchester United’s Brandon Comley.

Since returning to England, Taylor has been busy highlighting his Pink October campaign and returned to his favourite hairdressing salon in Richmond where his friend Jayde touched up the colouring of his hair.

Charlton have got right behind the player and fans are being urged to turn up in something pink for Tuesday’s game. The match programme has a striking pink cover, players will warm up in Cancer Research UK sweatshirts and collections will take place outside the ground. There may even be hairspray on hand for any other players who want to join Taylor and go pink. 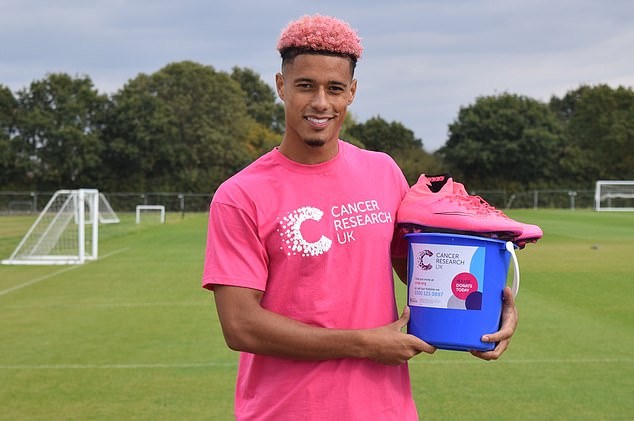 ‘I’m lucky that football has given me a platform and I wanted to use it to send a message. It’s about fighting an illness that affects so many people. Everyone knows someone who has cancer,’ says Taylor, whose mum’s brother died of the disease.

‘My auntie Lisa also passed away the day before I played for AFC Wimbledon against Charlton in the FA Cup. My step-mum’s parents both survived bowel cancer and my grand-dad on my dad’s side has prostate cancer at the moment.

‘This isn’t about me. It’s about using my status as a senior footballer to try and have an influence. Charlton have been phenomenal, (player liason officer) Tracy Leaburn whose husband Carl played for the club and (media manager) Tom Rubashow.’

Taylor prepared carefully for his new look, pre-toning and lightening his hair for three months before the dye was applied at the start of the month.

But is the new hair colour here to stay? ‘Everyone says it suits me and I think it looks quite good,’ he says.

‘But I didn’t have it done as a fashion choice. That wasn’t the point of it – the subject of cancer is bigger than that.’ 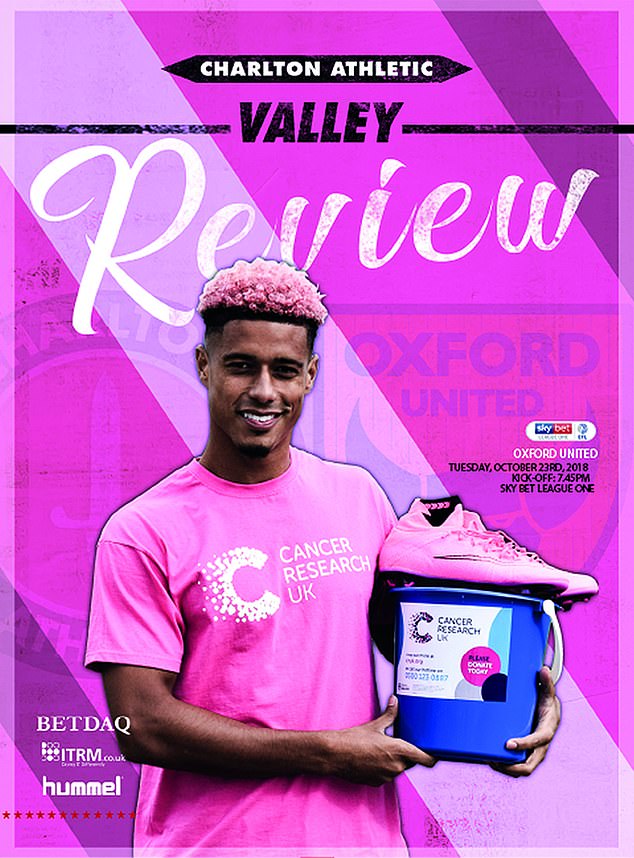 Charlton have agreed to turn The Valley pink on Tuesday, including the match programme