In the afterglow of Madrid, Liverpool holding a sixth European Cup aloft as they secured the first trophy of the Jurgen Klopp era, the club’s outlook was picture perfect.

Having being crowned continental kings after registering 97 points to finish just behind Manchester City in the top flight, there was credence that a three-decade wait for the title would be ended.

After all, Liverpool had constructed one of the best XIs in world football and prioritised a policy of retention to keep their spine intact.

Good seasons past had always spelled the exit of core players, but the Merseysiders had now guarded against that. It was a unique position for the club in the modern era, but also for the manager.

At Borussia Dortmund, Jurgen Klopp would often be left wondering ‘what if?,’ as he continuously ceded key cogs to apex predators: Nuri Sahin left for Real Madrid, Mario Gotze and Robert Lewandowski were poached by Bayern Munich, with Shinji Kagawa making the switch to Manchester United.

Now, the manager finally had what he craved: a crack at consistent development with the same group.

“That’s actually our transfers, but nobody’s interested in hearing that really because that’s how it is,” Klopp said two summers ago.

“You have a player, he’s good, you want to keep him, if he signs a new contract then for a few people, it means only that he will be more expensive when we sell him or whatever, or that it doesn’t mean anything nowadays. In our case, these are our transfers.

“The new contracts and keeping these boys here is a strong, strong signal for the outside world. It’s a wonderful sign, to be honest. I like the fact that these boys are really at a good football age.

“They won the European Cup, which is good and helps of course because it increases your base.”

It did. Fast forward and it’s difficult to critique that approach which delivered the simultaneous status of being champions of England, Europe and the world.

Liverpool’s decision to invest in the group, prioritising lucrative extensions and bonus structures as wages prove to be the biggest correlation with success in football, undoubtedly paid dividends.

To drill into the salary side of things, the club’s 2019-20 financial results showed the wage bill rose from £310m to £326m despite a drastic revenue fall due to Covid. Over the past three years, Liverpool have seen the highest growth of the Big Six in terms of compensating players and only Manchester City have a greater figure in the Premier League.

While the wage bill should reduce given there were no performance bonuses paid out for trophies last season, it will remain high considering contract renewals and recruits like Thiago that command a big salary.

Liverpool’s wages-to-turnover ratio was 66 per cent for the accounting period, the most since 2016 as per the excellent Swiss Ramble’s research. On that front, it can’t be argued that the club aren’t doing enough to keep up with and steer in front of rivals.

But through this lengthy stretch of time post-Madrid to now, has enough been done to aid the evolution and refreshing of the squad, and if not, why?

This summer, the line from the club remains as it was two years ago: retention is king. However, the need to inject fresh talent with a view to long-term planning has never been more pronounced. 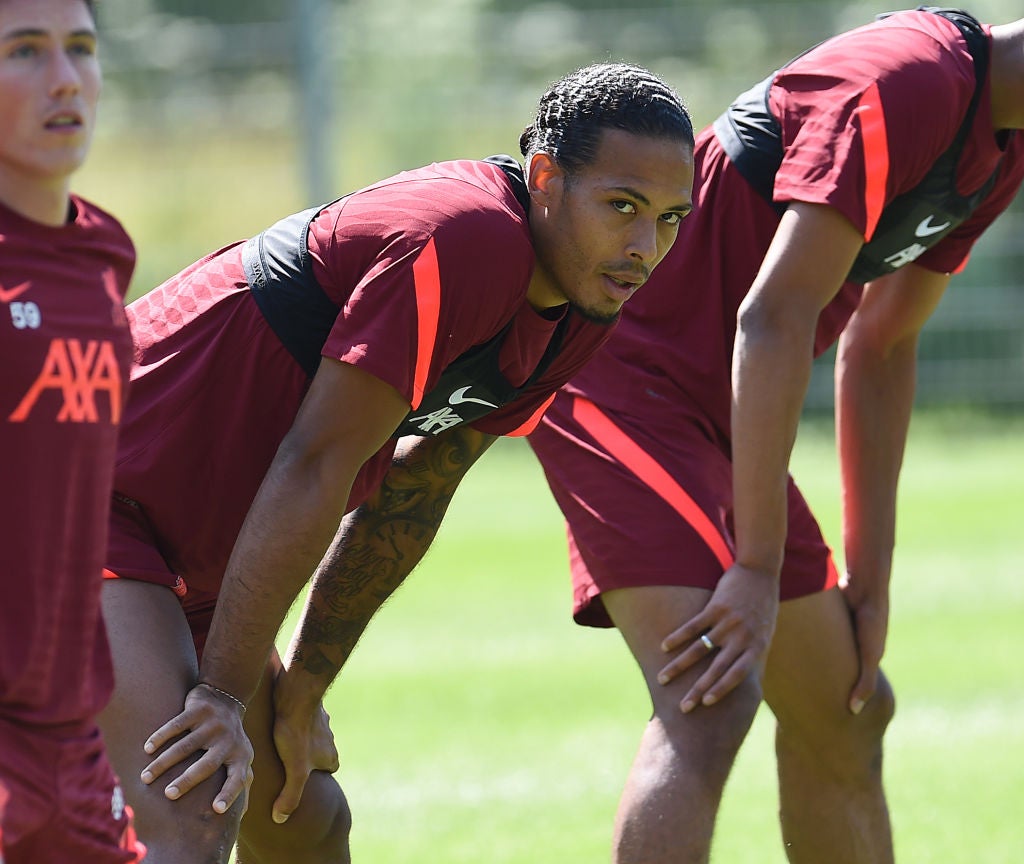 With the exception of the defensive midfielder, all will be into their thirties at the end of their current deals. This is no longer the “good football age” Klopp referenced, especially considering the taxing demands of his high-intensity style and preference to use a small group of players.

As seen with Gini Wijnaldum, Liverpool do not want to over commit with regards to contract length and a substantial increase in pay to ageing members of the squad. Neither can they guarantee playing time, nor their level of importance within the group.

The news of talks with Henderson stalling, as it had done with Wijnaldum, could become the norm as there has to be a reduction in sentiment to oversee a successful modification of the squad.

Negotiations beginning when there is two years left of a deal is normal practice and failed discussions, it should be noted, are not solely down to a club. Players are more empowered than ever and fully recognise their worth as well as the fact that the free-agent market is thriving. Gianluigi Donnarumma, Sergio Ramos, David Alaba, Sergio Aguero…

This has been the case even stretching back to Emre Can. When evaluating the circumstances around the German and Wijnaldum – transfer outlay, the service gained against the fee, and reduction in their future value – Liverpool will feel waving goodbye to both on a free was decent business.

Now though, being in a position where the very foundation of the team – still heavily relied upon – can run down their deals in unison and are passing their prime (while remaining a formidable XI, it should be emphasised) is far from an ideal scenario.

Since the summer of 2019, Liverpool have introduced a sense of newness, but there will be an understandable sentiment that it hasn’t been enough. The overriding view is the process will need to be furthered in the current window.

Thiago arrived to evolve the playing style and lessen the creative burden on the full-backs, but he does not fall into the long-term planning category. 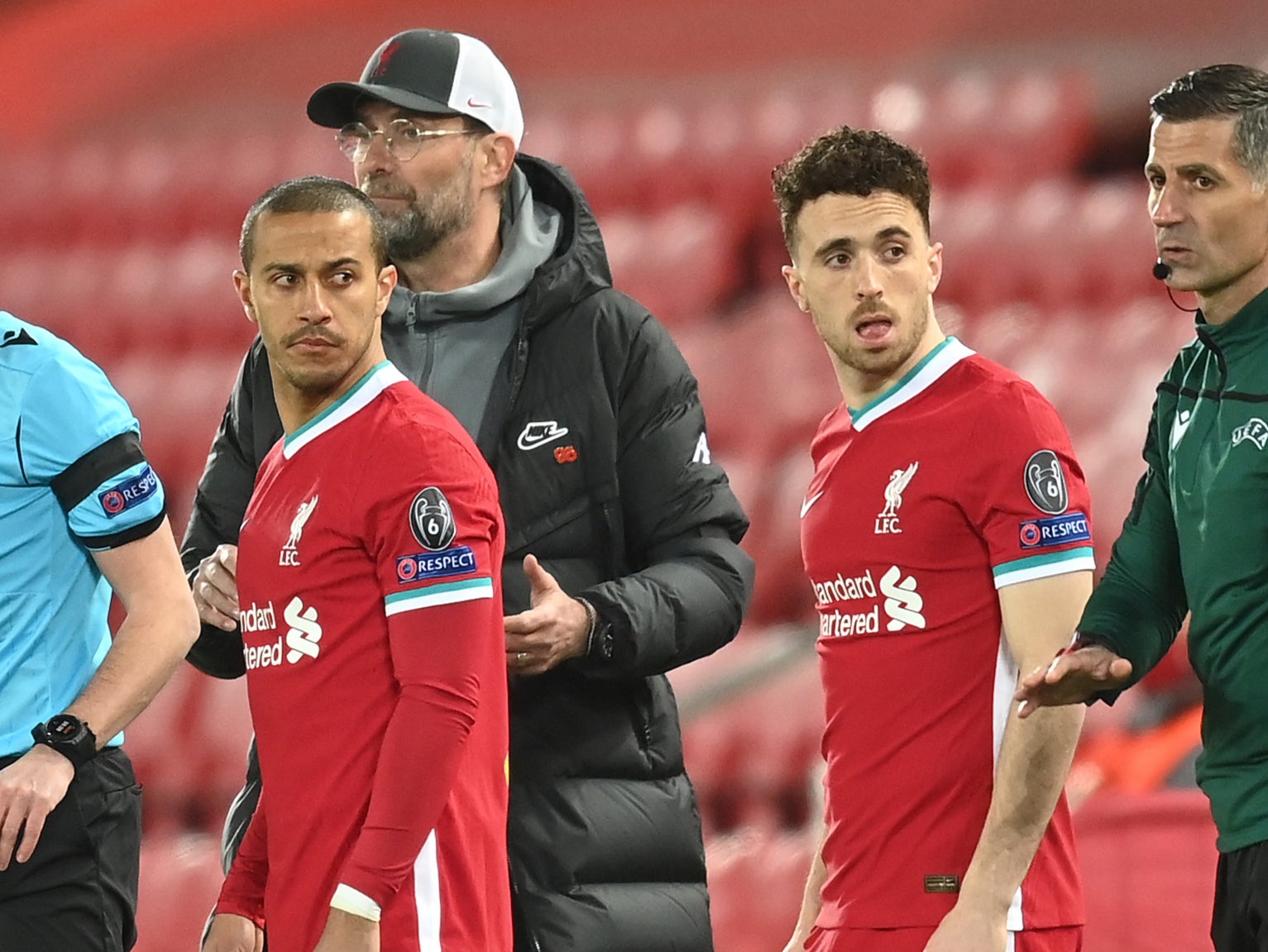 Diogo Jota, 24, was brought in to provide competition and greater quality of the depth in attack, with Ibrahima Konate, aged 22, recently added to fortify a central defence that was ravaged by injury.

Kostas Tsimikas had an awful debut season, dealing with multiple setbacks, but is tipped to properly stand in for Andy Robertson in the new campaign. Takumi Minamino’s Liverpool career remains in doubt and there is still a sense of sadness amongst the backroom team that his settling-in period coincided with the first lockdown, making an already difficult adjustment nightmarish. Harvey Elliott and Kaide Gordon are filed under the young prospects with high ceilings that have the potential to develop into elite players.

The above does not read as especially considerable renewal for a club targeting continued domestic and continental success.

One of Liverpool’s big issues has been shifting fringe players, not just in a monetary sense but in freeing up non-homegrown squad spaces and assessing how to get that balance right per rules for a 25-man roster.

Financially, the club had become supremely skilled in profiting from player sales, with only Chelsea outdoing them in the past six years.

There has been quite a drop in money received for outgoings in the past three seasons (circa £112m) than the £412m banked in the four campaigns prior.

Liverpool have finally managed to get Taiwo Awoniyi and Marko Grujic off the books permanently, with Harry Wilson shaping up to be next out the door, while Nathaniel Phillips has generated plenty of interest.

Finding suitors and adequate fees for Divock Origi (six starts last season) and Xherdan Shaqiri (seven starts) is where the real trimming success would lie. Liverpool need to subtract before they add given squad spaces.

Alex Oxlade-Chamberlain, who looks to be getting repurposed as a No 9 to add to where he can fill in, and Naby Keita really need to make significant contributions again. The pair had a combined 11 starts, the majority of them held by the Guinea international. 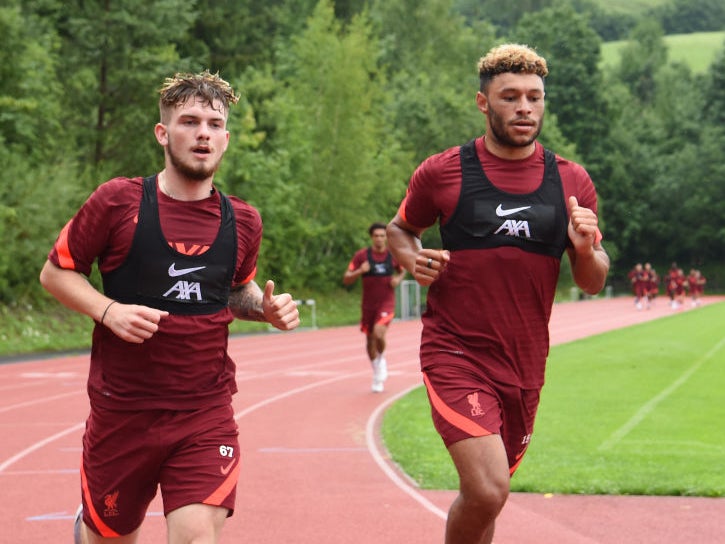 Liverpool are actively looking at recruiting in midfield and attack. In the former department, the Fabinho-Henderson-Thiago trio is an excellent one, but not guaranteed for an entire campaign and there is very little to complement it when looking at the reality of Keita and Oxlade-Chamberlain’s recent history. Curtis Jones impressed in large swathes, before hardly being used towards the latter stage of the campaign.

Given the ages of Thiago and Henderson specifically, as well as the latter’s contract situation, refreshing in this area with a long view is imperative.

Jota has been a supreme addition to the offensive line, but given the lack of trust in the other options beyond the front three and with the African Nations Cup at the turn of the year, Liverpool are eyeing a profile similar to the front three when they were bought.

The problem with bringing in the “next Salah” or the “next Mane” is the original versions didn’t have world-class attackers ahead of them to compete with as they developed, nor did they join a Liverpool side that had conquered England and Europe. The state of play is entirely different.

If Real Madrid and Barcelona hadn’t stitched themselves into such a financial shambles, it might have been a different picture altogether; there was the lingering feeling in the past that the Egyptian and the Senegal speedster could be seduced by La Liga’s giants after being instrumental in securing silverware for the Reds.

The clubs that used to pay mega money are now investing in the free agent market.

The complexities and expectations transfer-wise are greater now for Liverpool, but they need to be mastered to avoid the worst-case scenario of an entire spine rebuild when it’s too late.

Liverpool, as was evidenced with Jota and Thiago last summer, will be patient in securing the right deals on the right terms that tallies with the approach which delivered success. But the club have also illustrated a tendency to risk not recruiting– see their centre-back crisis –in the face of all logic.

More often that not, Liverpool, labelled analytics leaders in recruitment, have made smart decisions in the market.

The landscape ahead, contracts ticking away, is morphing into their greatest challenge yet.