Leaders Liverpool host Manchester United at Anfield in the Premier League this afternoon.

Jurgen Klopp will be on the hunt for only his third win against United since his reign with the Reds began, as the Reds look to continue their unbeaten streak in the league.

Ole Gunnar Solskjaer’s men will be looking to build on their 4-0 win over Norwich last weekend as they look to stop the leaders in their tracks, having only lost once in in their last 10 games against them in the Premier League.

Sportsmail’s KIERAN JACKSON will provide live coverage of Liverpool vs Man United in the Premier League including score updates, lineups and build-up. 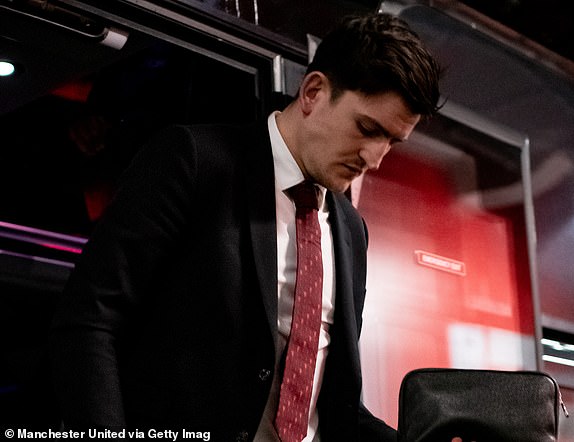 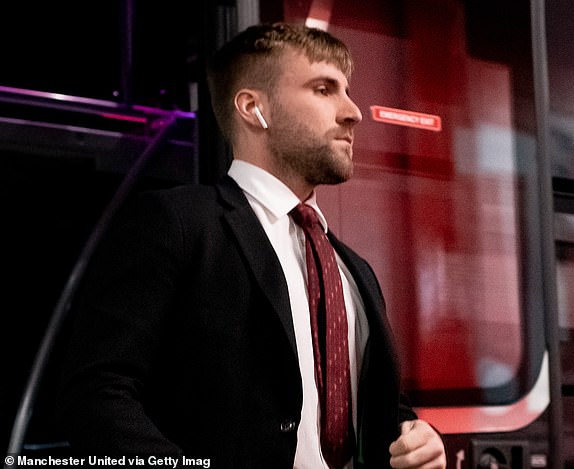 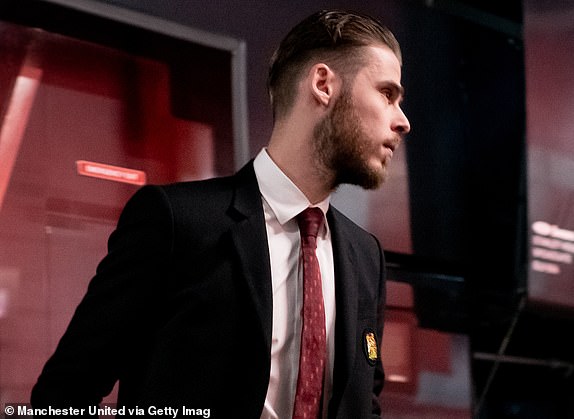 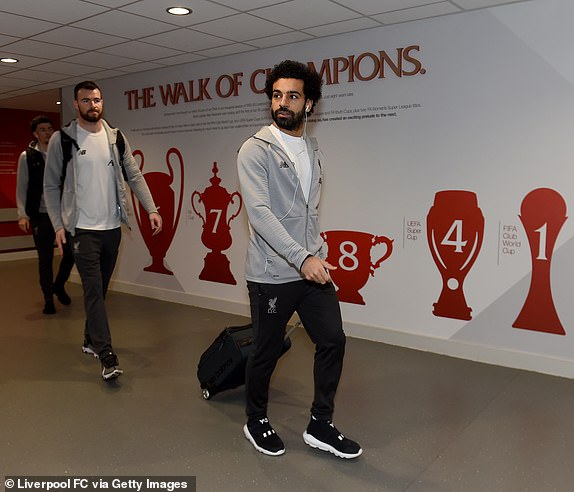 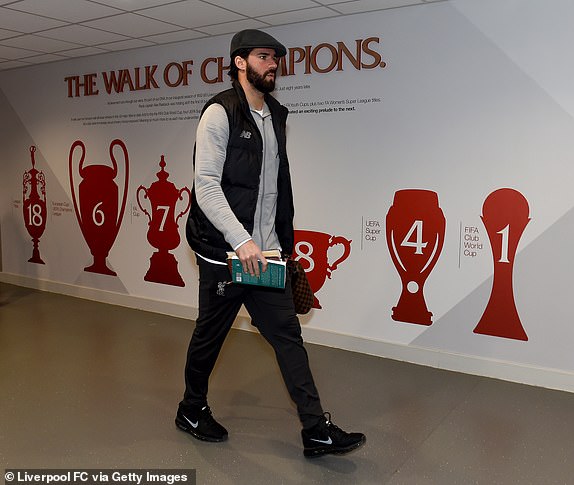 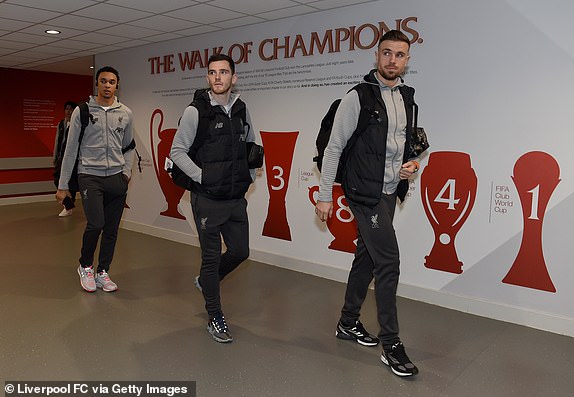 From the team who beat Norwich 4-0 in the Premier League last weekend, it’s two changes: Mata and the injured Rashford drop out – Luke Shaw and Dan James come in.

Ole Gunnar Solskjaer has named five defenders in his starting XI – does that mean an obvious change of system to combat the league leaders?

Jurgen Klopp has named an unchanged side from the team which beat Tottenham last Saturday.

However, both Fabinho and Joel Matip return to the matchday squad after long periods out with injury – they’re both on the bench. 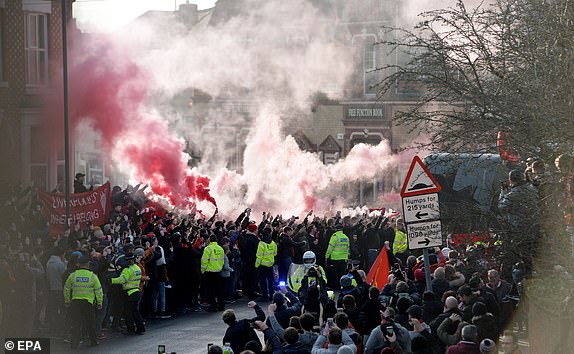 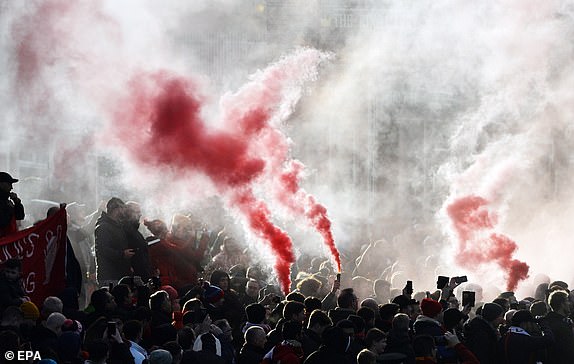 As the Reds creep closer and closer to their first Premier League title, the importance of this game is not lost upon the home faithful, as they greeted the players with red flares and flags upon their arrival at Anfield this afternoon! 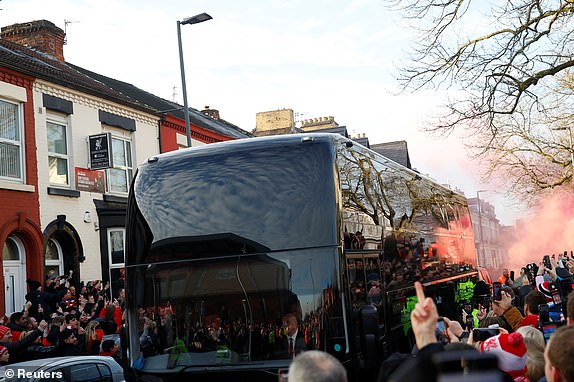 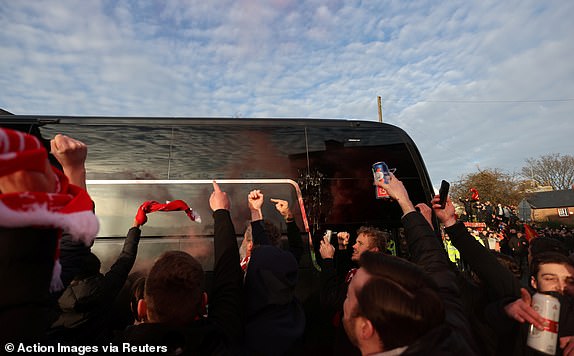 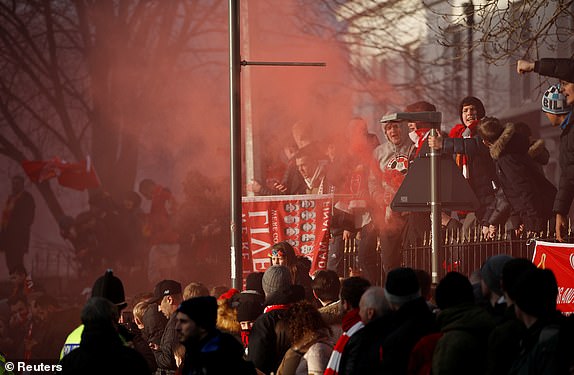 Good afternoon and welcome to Sportsmail’s live coverage of Liverpool versus Manchester United in the Premier League!

Still regarded as one of the biggest rivalries in football, this afternoon’s clash sees Jurgen Klopp’s side 13 points clear at the top of the table, with two games in hand on Manchester City in second.

Meanwhile, Ole Gunnar Solskjaer’s United are 27 points behind their rivals, and currently sit in fifth place on 34 points.

Join us for all the build-up ahead of kick-off at Anfield at 4:30pm! 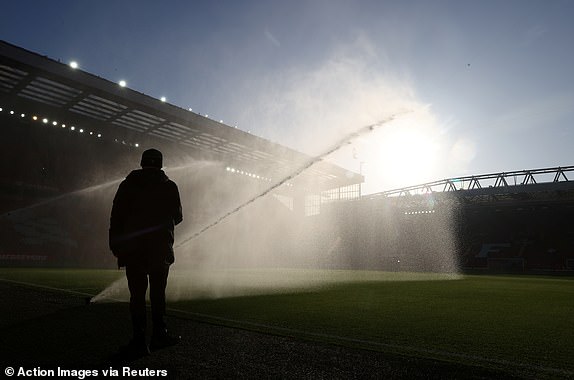