Liverpool suffered yet another injury in the Premier League this evening as Naby Keita limped off with a muscle injury in the match against Leicester. The Reds were 2-0 up when Keita pulled something in his leg and was replaced by Neco Williams.

That meant James Milner moved from right-back into midfield as Liverpool looked to hold onto the victory.

A Jonny Evans own goal had given Liverpool the lead before Diogo Jota netted in his fourth straight match at Anfield to continue his fine start at the club.

Sky Sports pundit Jamie Carragher indicated he thought it was a hamstring injury suffered by Keita.

He said: “He’s stretching his hamstring. It certainly wouldn’t be cramp at this stage. I think he knows he has done something.” 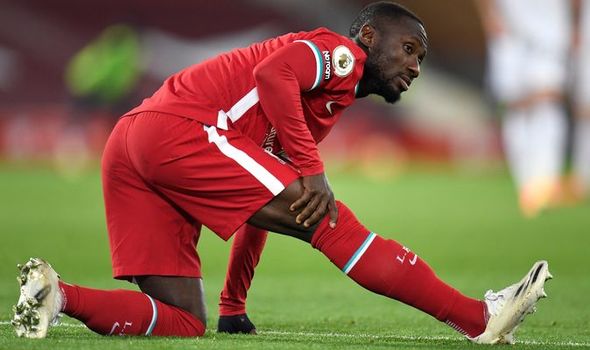