Liverpool star Roberto Firmino has admitted to joking with Sadio Mane about goal celebrations. The duo are primed to feature against Manchester United in the Premier League this afternoon (4.30pm) and will aim to extend the Reds’ lead at the top of the table.

Liverpool star Roberto Firmino has jokingly claimed Sadio Mane ‘copies everything’ he does ahead of today’s clash with Manchester United.

The duo are both set to face the Red Devils who, until now, are the only side to have taken a point from Jurgen Klopp’s side.

Firmino and Mane have been integral to Liverpool’s sublime league campaign where they’ve won 21 of their first 22 matches.

And the Brazil international has lauded his Senegalese team-mate, telling the club’s official programme: “I alwas say to [Sadio] that he copies my celebrations, he copies everything that I do!

“It’s really funny, we talk about it a lot after games.

“He says he doesn’t copy me that he creates them. It’s cool and fnny. He said he invented that celebration [the way down to one side] as I do it with one hand and he does it with two! 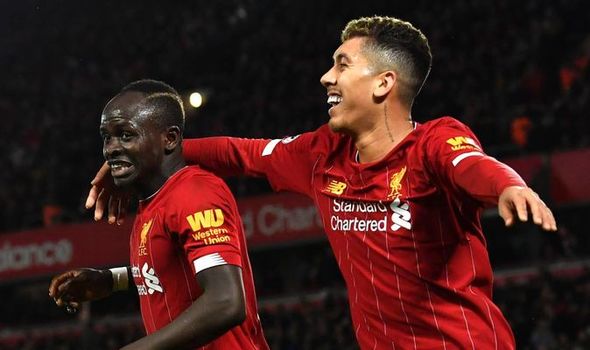 “He has grown in confidence on the pitch and I think it’s to do with adapting. We’ve been playing together here for almost four years now.

“It’s about training, getting better every day and doing well in games.

“I’m really happy for him with his African Player of the Year award and I’d like to congratulate him on it as well.”

Firmino’s words come as the Samba star is gearing up to face United at Anfield.

It’s been a difficult campaign for Ole Gunnar Solskjaer’s side, who have won just nine of their 22 matches so far. 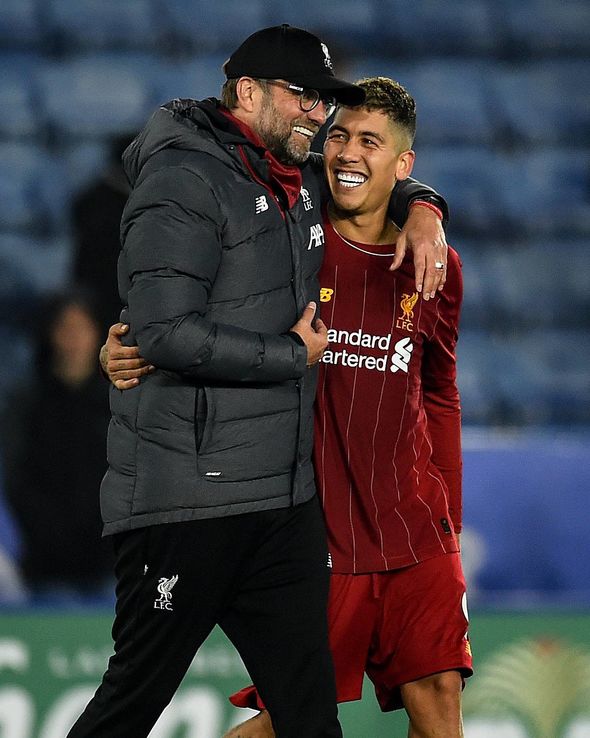 They are, though, the only side to have taken anything from Liverpool in the league this season.

And Firmino has credited manager Jurgen Klopp for their terrific form this season, adding: “He’s had a lot of influence and continues to have a big influence.

“For us players, his arrival here was the best thing to happen to the club. He has changed the club a lot in every way, tactically and mentally.

“Today we are what we are, not just because of him but he’s certainly responsible for a large portion of our transformation.

“I’m really happy to be playing under him. He’s a great coach. We have grown a lot together as a team and he understands this well and puts it into practice during games.

“Hopefully we can continue to do well with his help and continue with this mentality.”

Liverpool are the strong favourites going into the game.

United lost their last match at Anfield in December 2018, with a 3-1 defeat signalling an end to Jose Mourinho’s time in charge of the Red Devils.

Both showdowns between Klopp and Ole Gunnar Solskjaer so far have ended in draws, however.

Both were at Old Trafford, in March last year and back in October respectively.