Liverpool, like every other Premier League club, have been finding ways to keep fit with games suspended due to the coronavirus pandemic, but Jordan Henderson has explained how all the players – and Jurgen Klopp – have been keeping spirits high in their group chat. Professional football in England has been suspended since March 20 with the UK currently in lockdown until later this month.

A date of April 3 was originally set for games to potentially return but that was soon moved back to April 30.

However, that too is likely to be too early for games to resume with reports suggesting the football may not return until June.

The Premier League though have made it clear that they want to conclude the current season which comes as good news to Liverpool.

They’re sheer dominance in the Premier League this season has seen them move on the cusp of winning a first top flight title in 30 years. 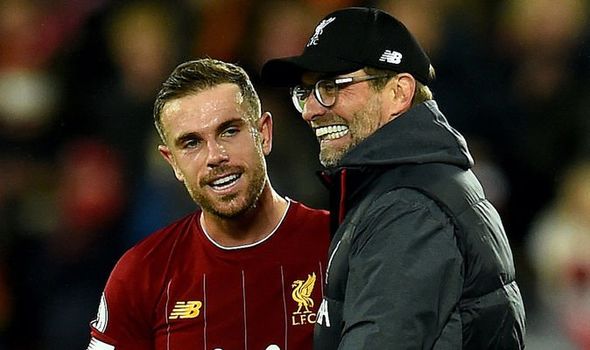 The Reds need just six points from their remaining nine games to seal the title.

But for the time being they’ve had to try and keep themselves busy with no football, or training, taking place.

And Henderson has opened up on the club group chat, which manager Klopp even gets involved in.

“We’ve been given our own training programmes to do, a bit like during off season when you’re on holiday doing your own stuff to keep ticking over,” Henderson told Sky Sports.

“We’ve got a group chat so we’ve got all sorts of videos flying in with different challenges for us to do.

“So there’s a bit of banter and just normal stuff, really, so things are going well so far.

“Even the manager’s in the group chat!

“Everybody is, it’s all one big group chat and there’s all sorts of things which go into it so it’s a good idea in terms of keeping us busy.”

At one stage Liverpool looked as though they were going to equal Arsenal for their invincible season only for a 3-0 defeat at Watford to break their run. 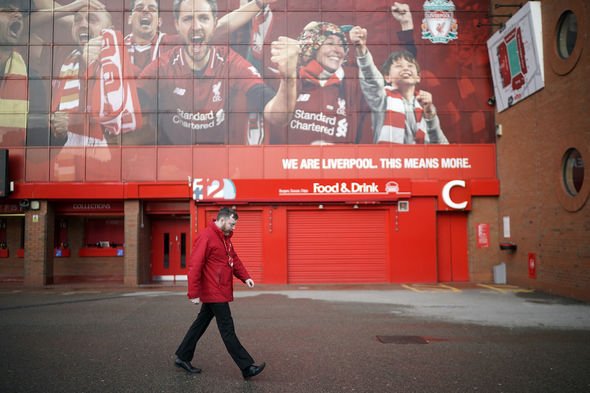 But Henderson insists the topic of going the whole season unbeaten never entered the changing room at Anfield.

“We knew the time would come when we might drop points or suffer a defeat. We knew it would come so we were prepared for how to react,” he added.

“We never really spoke about the record in the dressing room, to be honest. The main aim was to just keep winning games. The ultimate goal is still to win the league, so after that loss, we spoke and the focus was still on the next game.

“Everybody else was talking about the records, but when you’re winning games and taking each one as they come, the records follow. You’re always just focusing on how you can improve, and that was our thought process after the Watford game.

“It felt really bad, like it does losing any game of football, but it was the manner of the defeat which really disappointed us. It wasn’t a performance that we had seen from us from a long time, but the next day in training, the lads’ attitude was onto the next game, learning from the mistakes we made.”

Donald Trump: Drew Brees should not be sorry for flag comments