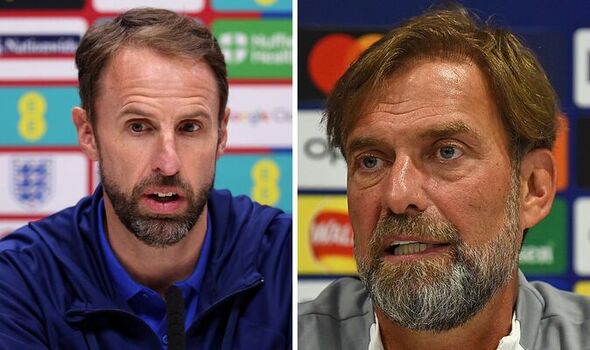 Jurgen Klopp has had his fair share of run-ins with Gareth Southgate over the past couple of years and Trent Alexander-Arnold’s latest snub may be the most frustrating yet for the Anfield boss. The good news for Klopp is that Alexander-Arnold will be returning to Merseyside fit and healthy ahead of a busy schedule over the next two months.

Alexander-Arnold is key to Liverpool’s success and when he’s on top form, Klopp’s side are usually hard to beat. Having him not play a single minute of international football may be a blessing in disguise for the Liverpool boss.

But his exclusion from England’s squad to play Germany on Monday night would also have caused a bit of frustration for Klopp. Liverpool’s poor start to the season has coincided with a number of players struggling to find their form with Alexander-Arnold coming under heavy criticism at times.

The international break came at a good time for Liverpool to try and reset with Klopp admitting a few weeks ago that they needed to “reinvent” themselves quickly. While the majority of the squad is away with their respective nations, a number of first-team regulars such as Thiago Alcantara, Ibrahima Konate, Fabio Carvalho, Joel Matip and Joe Gomez all remaining on Merseyside these past few weeks. 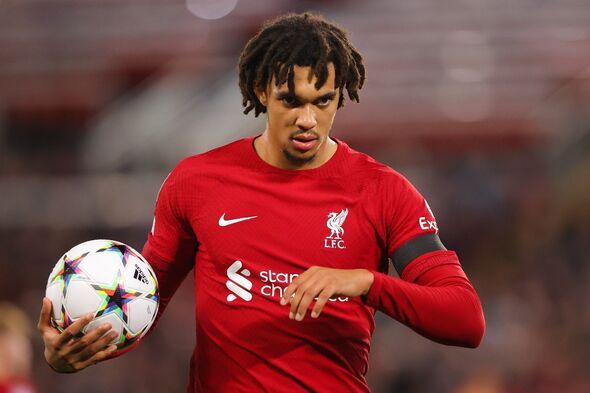 That would have given Klopp a good opportunity to work on some things on the training ground with international players returning at some point this week. And the Liverpool boss would have arguably preferred to keep Alexander-Arnold at the club if it was clear he wouldn’t play a single minute for England against Italy or Germany.

The 23-year-old has been criticised by many for a seemingly lack of effort in defence so far this year. Having two weeks on the training ground at Kirkby would have given Alexander-Arnold ample time to take on some instructions from Klopp ahead of Liverpool’s return to action on Saturday against Brighton.

Klopp has had his issues with Southgate in the past, admitting last year he was bemused as to why Alexander-Arnold was used as a midfielder against Andorra.

“In this game, in a game where England are that dominant for example, or that we are that dominant that Trent could play in midfield, I would rather he was the six than in this case the eight,” he said. “That is possible but why would you make the best right-back in the world a midfielder? I don’t understand that really.

“As if the right-back position is not as important as the others. People who say that I struggle to understand how you could think that.”

Southgate has also previously admitted to getting a “noisy call” from Klopp regarding Jordan Henderson’s involvement for England. The Liverpool skipper had been playing through the pain barrier at times that yet and speaking back in June 2018, Southgate admitted Klopp would regularly call him to reduce Henderson’s minutes.

Southgate said: “What normally happens is that Jordan plays through and then I get a noisy call from Jurgen (Klopp) saying why didn’t you take him off!”