Jurgen Klopp has insisted he could never manage Everton due to his connection to Liverpool. It’s a response that will not surprise too many, given his loyalty and dedication to life in the Anfield hot-seat.

Throughout his managerial career, the German has shown he is prepared to stick it out for the long haul as he led both Mainz and Borussia Dortmund to new heights in Germany.

Now Klopp is set to do the same at Liverpool as he looks to establish domestic dominance in England after winning the Champions League last year with the Reds.

One of the reasons Klopp is so popular amongst supporters is that he understands the local people and the importance of Liverpool FC in the community on Merseyside.

The 52-year-old sat down with an Everton fan to play a game of Ludo as part of an interview with JOE UK and was put on the spot by the Toffees supporter. 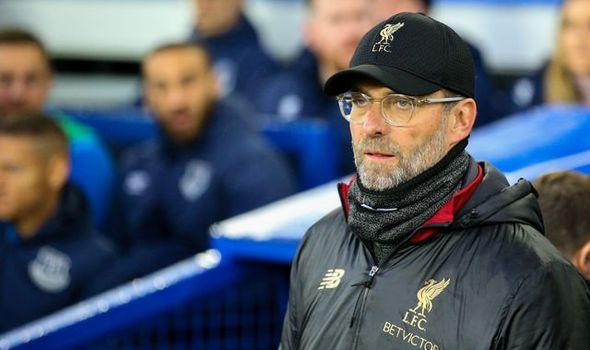 Klopp was asked: “You know if Carlo [Ancelotti] ever moves, any chance you’d come to Goodison Park?”

“I was at Dortmund so I can’t go to Schalke.

“I’m at Liverpool so I can’t go to Everton. No chance. That’s a rule.”

Speaking ahead of Liverpool’s 1-0 FA Cup win over Everton in January, Ancelotti revealed that he held talks about taking over at Anfield.

“It was after [I left] Real Madrid, I had a chat with the owner,” Ancelotti said.

“They were looking for a new manager but I think they made a right choice with Jurgen.

“He is doing fantastic work at Liverpool, so well done.” 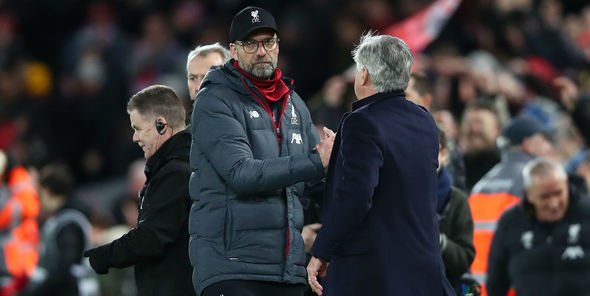 Klopp and Ancelotti have a competitive relationship full of respect and the pair always enjoy going up against each other.

That has happened five times in the last two seasons due to the Champions League and now the Italian’s job at Everton.

“Jurgen is my friend, we have a good relationship and I had the luck to beat him last season as well, although they won the competition,” Ancelotti said.

Before the break in the Premier League season due to the coronavirus, Liverpool were set to face Everton at Goodison Park tonight.

A victory would have put them just three points shy of their first-ever Premier League title, now they will have to wait until April 5 when a win would crown them champions against Manchester City if the fixture goes ahead.