Jurgen Klopp has a trick up his sleeve when it comes to filling the void left behind by Joe Gomez and Virgil van Dijk. The Reds duo are both long-term absentees with serious knee injuries, leaving Klopp in need of an immediate solution.

While that may arrive in the January transfer window in the form of Dayot Upamecano or Ozan Kabak, Liverpool still have eight Premier League games to navigate between now and then.

Thankfully, Liverpool pretty much have Champions League qualification wrapped up after winning all three of their group matches so far against Ajax, FC Midtjylland and Atalanta.

But tougher tests lie in wait in the Premier League, with leaders Leicester due to visit Anfield on November 21.

Liverpool will be hoping to have Fabinho back by then as the Brazilian closes in on his return from a hamstring injury. 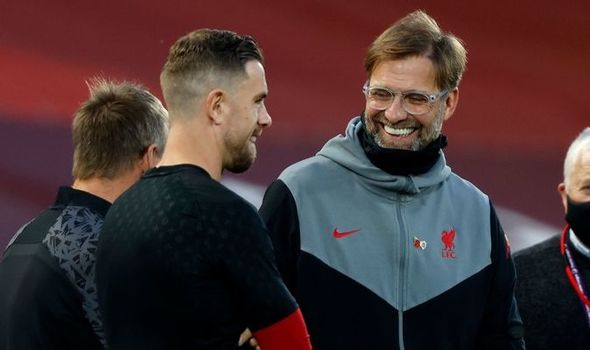 The former Monaco man is expected to continue filling in at centre-back, alongside Joel Matip, who has had fitness troubles of his own though and cannot seem to stay fit.

Nat Phillips and Rhys Williams are also ready for more opportunities but with the stakes increasingly high, Klopp will be cautious with his approach to the situation.

When the going gets tough, Klopp knows he can call upon dressing room leaders Jordan Henderson and James Milner.

With Milner expected to fill in at right-back for the injured Trent Alexander-Arnold, Henderson could be set to step up to the plate.

It’s a role he has played before the Reds, less than a year ago at the Club World Cup in Qatar.

He lined up alongside Joe Gomez versus Monterrey as Liverpool booked their place in the final without Van Dijk.

After the game, Henderson made it clear he’d be willing to play centre-back again if required.

“That was different,” Henderson joked. “I had fantastic players around me, and they helped me out. It was different to anything that I have been used to. I’ve played at full-back, but I’ve never played there before.

“I just tried to do my best for the team and thankfully we got the win,” added. “I don’t know what will happen with Virgil on Saturday. Fingers crossed he will be okay. 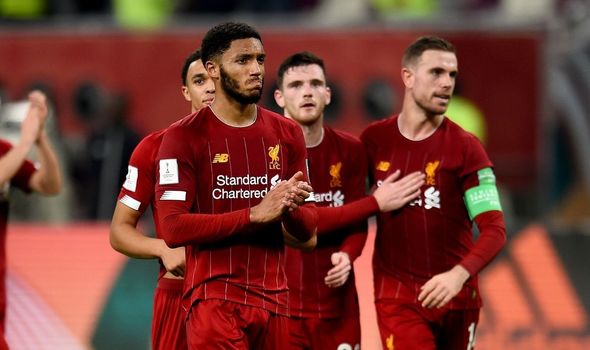 “Of course, if the manager needed me to go there again, I would do it. It is anything to help the team.”

“We had Hendo [Jordan Henderson] at centre-half and I thought he was magnificent,” Lallana told The Guardian.

“That is all part of the character and the mentality and why we keep churning out late winners. It’s as simple as that.”

With Liverpool stacked with midfield options, Klopp may call on the experience of Henderson at any given moment to see the Reds over the line, when the transfer window reopens.