Jurgen Klopp thinks Ole Gunnar Solskjaer was only handed the Manchester United reigns because he is a former player – and not because of his managerial CV. Solskjaer succeeded Jose Mourinho as interim boss in December 2018 before he was handed the job on a permanent basis.

The Norwegian boss has helped to turn the club around and they are now second in the Premier League and have one foot in the Europa League final.

United are surprisingly 13 points ahead of defending Premier League champions Liverpool heading into their showdown this afternoon (4.30pm).

And Klopp reckons his opposite number has only been given the opportunity because of his 11-year glittering playing career at Old Trafford.

“I think it is clear that if Ole wouldn’t have had that history as a player, a very successful history, at United then probably not many people at United would have thought about him,” Klopp said.

“But because he did a brilliant job at Molde and has a Manchester history I think that was the idea and no-one knew how it would work. 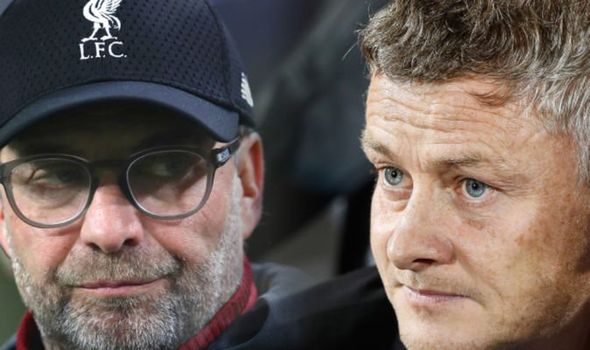 “But it worked out absolutely sensationally from the beginning, then with a little dip and now they look good.

“Of course, he deserves credit for that, together with his coaches because it’s always a team effort, but they do really well and I am happy for him.

“Even when he coaches a club I don’t think too often about I am really happy for a fellow manager who does really well and that’s what he’s done.”

Klopp is impressed with the job Solskjaer has done in trying to return the 13-time Premier League champions to their former heights.

And his opinion was proved right when he tuned in to watch United’s 6-2 demolition of Roma in the first leg of the Europa League semi-final on Thursday.

“On Thursday night I watched the Roma game and watched the half-time talks because I had nothing else to do,” Klopp explained.

“And when the teams came out all the pundits and everybody was really flabbergasted that Ole didn’t change his team.

“Then they scored five goals. So yes – it is nice to see that the quality of a manager is more important than the experience you have. 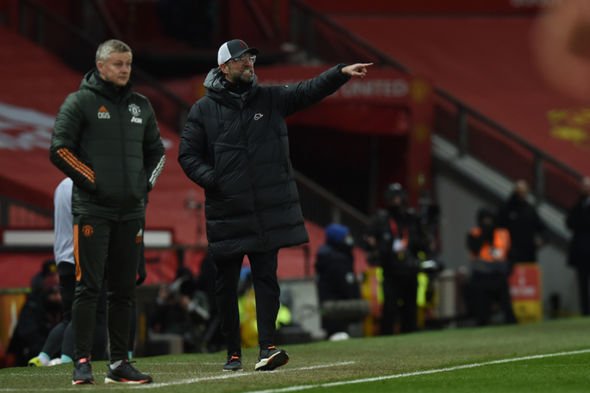 “Because If you have to have 50 Champions League games as a manager before you can take a job like Manchester United then it would be really tricky to find one because there are not many coaches out there with that experience.”

If Liverpool can beat United at Old Trafford then it will end the hosts’ faint hope of winning the title as Manchester City will be crowned champions.