FA Cup: Marine prepare for third round tie with Tottenham

Liverpool have decided to help Merseyside-based Non-League out Marine try and pull off an FA Cup giant-killing against Tottenham. The Reds have provided the minnows with access to videos of Spurs’ matches this season as part of their pre-game analysis, manager Neil Young has confirmed.

Marine play six tiers below their Premier League opponents in the Northern Premier League Division One North as they welcome Spurs to the Marine Travel Arena.

Unfortunately, The Lilywhites will be unable to open their doors to supporters for the biggest day in their history yet Tottenham supporters have still done their bit to ensure Marine profit from the occasion.

Over £5000 has been raised in donations for the Non-Leaguers as part of a virtual ticket scheme set up by Spurs supporters.

Marine were just two minutes from an early exit in the competition during the preliminary qualifying rounds against Barnoldswick Town. 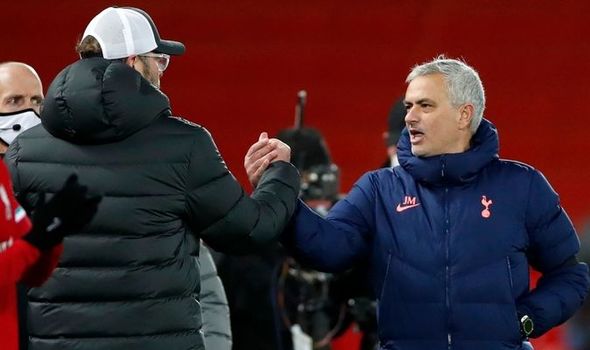 Now they will be looking to pull off one of the biggest giant-killings of all-time when Jose Mourinho’s side are in town.

Marine boss Young has now revealed that neighbours Liverpool have decided to try and help the Crossby-based outfit by providing videos of Tottenham’s matches.

Young told the Liverpool Echo: “You have to do your due diligence, don’t you?

“We’ve watched a lot of games of Tottenham, and had some help off Liverpool to be fair in terms of help to access to the games.

“We don’t have those facilities and they have been very good to us to help us get access to those games.

“So we’ve looked at Tottenham in the Europa League, in the League Cup and in the Premier League and we have an idea of a way to play the game which might not happen.

“We have to be organised and I have to set the lads up in a way which I believe will give us the best chance to negate Tottenham.

“Leeds United haven’t been able to do it in the last week, Brentford couldn’t do it in the League Cup. All I can do is prepare us as best we can and I know when I put the lads out on that pitch they will give absolutely everything they’ve got. That is all you can ask for.” 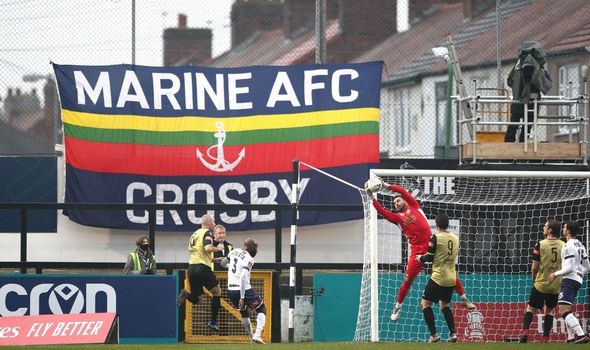 The gesture is likely to rile Mourinho, despite his confidence that his side will avoid the potential banana skin, following December’s heated exchange with Klopp on the Anfield touchline.

The Tottenham manager was left angered by the way Klopp behaved on the sidelines during Liverpool’s closely contested 2-1 win over Spurs.

Roberto Firmino headed in a late winner in stoppage time but Tottenham had several high-profile chances to earn all three points.

After the game, Mourinho took aim at Klopp and explained the he told the Liverpool boss that the best team had lost the match.

Klopp disagreed of course and was left bemused by The Special One during their altercation at full-time.