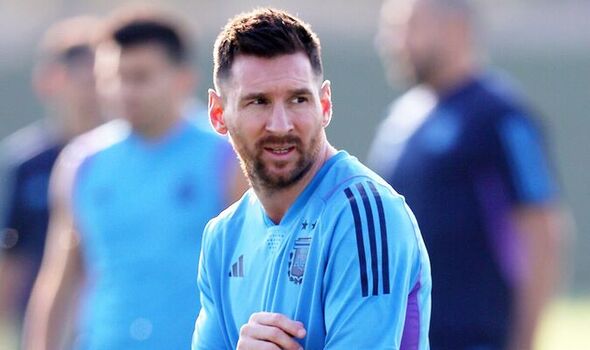 Lionel Messi is currently “happy” at Paris Saint-Germain amid reports he could rejoin Barcelona at the end of the season. PSG owner Nasser Al-Khelaifi has spoken out on the superstar’s future ahead of his participation at the World Cup.

Messi will captain Argentina in their opening game of the World Cup on Tuesday morning. Lionel Scaloni’s side are strong favourites to start with a win against Saudi Arabia.

Messi has declared himself fit for the tournament amid rumours he had a minor injury. But there has also been speculation about his club future.

Last month Argentinian journalist Veronica Brunati claimed there was an agreement in place for Messi to rejoin Barca next summer. There has also been talk of a potential move to MLS with Inter Miami.

But Al-Khelaifi has hinted Messi would be keen on extending his stay in Paris. The forward is out of contract at the end of the season but Al-Khelaifi says no decision has been made yet on where he will play next season.

Meanwhile, Messi spoke to the media on Monday ahead of the clash with Saudi Arabia. He is trying to enjoy every moment of what is set to be his fifth and final World Cup.

Messi said: “I am aware that this is a very special moment – it is most likely my last World Cup, the last opportunity to make my dream, our dream, a reality. But other than that, nothing special.

“I don’t know if it’s the best moment in my career but I feel really well and perhaps a bit more mature, always trying to give my best and enjoying everything. I think I’m enjoying it much more now.

“Before I didn’t think about that, I just wanted to play. Now I am trying to enjoy it, but when you play every three days it’s sometimes tough.

“Age makes you see things differently, and maybe give more importance to small details. Perhaps before I didn’t do that. Now I try to focus on the details and enjoying it is more important than everything else.”