Lionel Messi was joined by friends and family on a private yacht as he enjoyed his holiday a day after he was escorted from an Ibiza nightclub when a ‘drunk fan’ confronted him.

The 32-year-old could be seen in a video posted to Twitter surrounded by a hoard of security guards as he was led away from the club.

There was thought to be no wrongdoing on Messi’s part, and the Argentinian has clearly not let the incident affect his downtime. 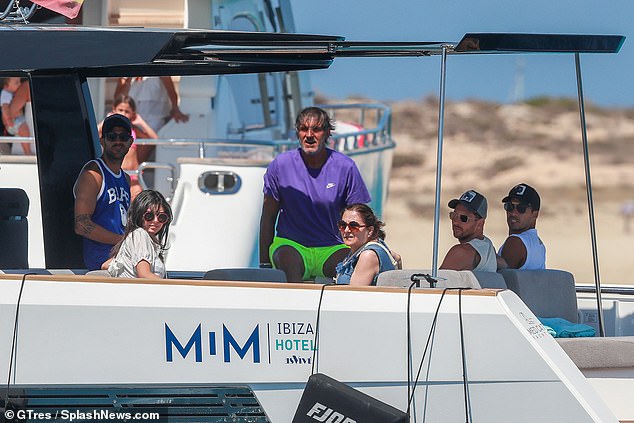 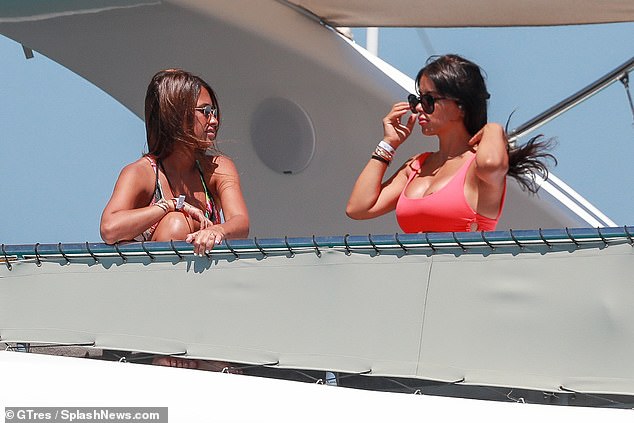 The Barcelona star, along with Luis Suarez and Cesc Fabregas, went straight back to making the most of his holiday following his exertions at the Copa America.

Messi was joined on the yacht by wife Antonella Roccuzzo, 31, while Cesc Fabregas’ partner Daniella Semaan, 44, was also onboard, along with Luis Suarez’s wife Sofia Balbi.

Roccuzzo, who married Messi in 2017, has three children with the superstar – Thiago, Ciro and Mateo. 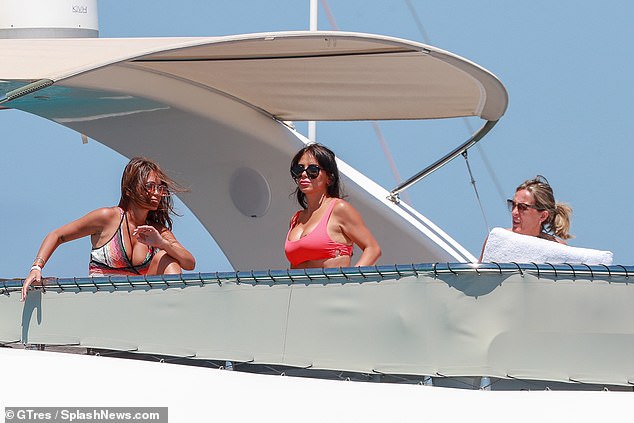 Roccuzzo, Semaan and Sofia Balbi, the wife of Luis Suarez, were all aboard the yacht 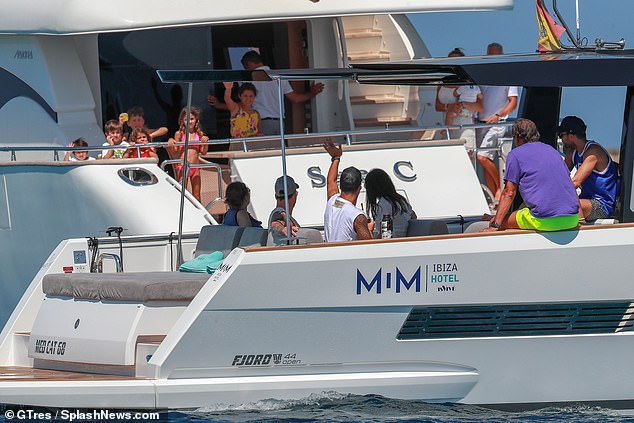 Messi was denied a first international trophy at the Copa America, captaining Argentina to a third-place finish after beating Chile in the play-off.

Having lost to Colombia, drawn to Paraguay – where Messi scored a penalty – and beaten Qatar to progress to the quarter-finals, they defeated Venezuela 2-0.

That set up a semi-final against hosts Brazil, who won 2-0 to reach the final. 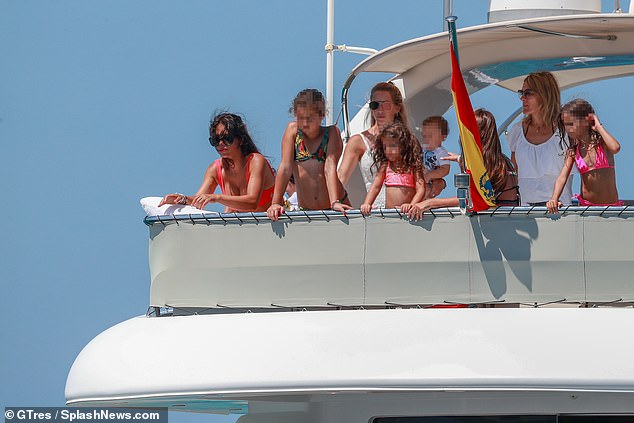 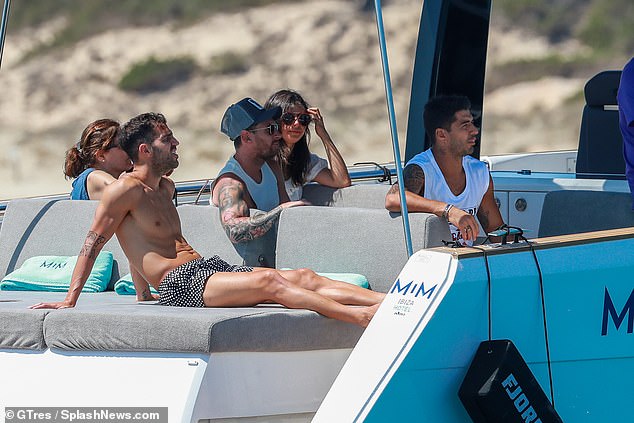 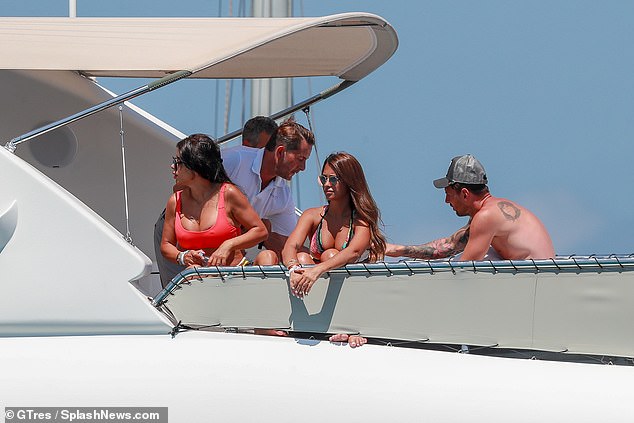 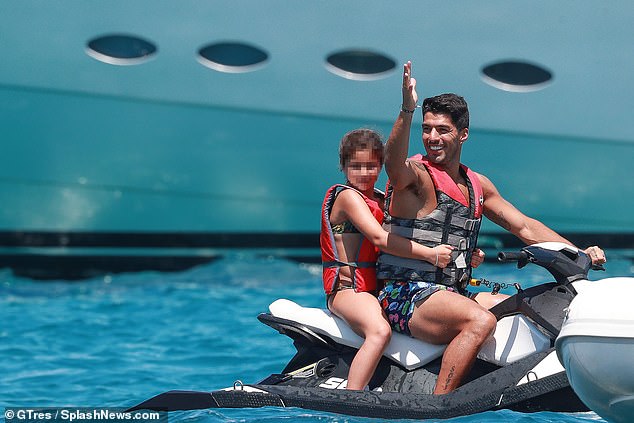 He will soon rejoin his Barcelona team-mates ahead of the new season, with the club keen to retain their La Liga crown won so convincingly.

However, he was unable to prevent them falling to a shock defeat by Liverpool in the Champions League semi-finals. 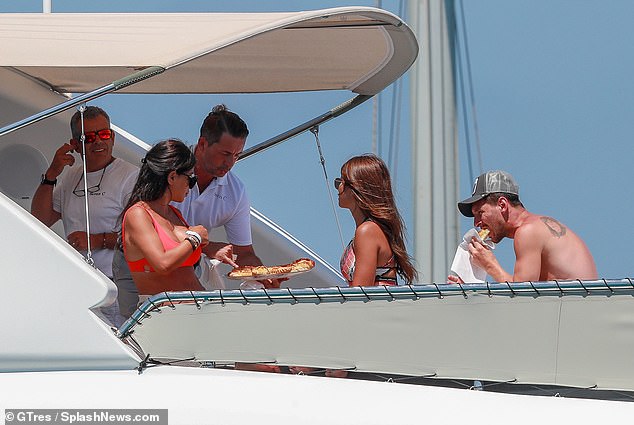