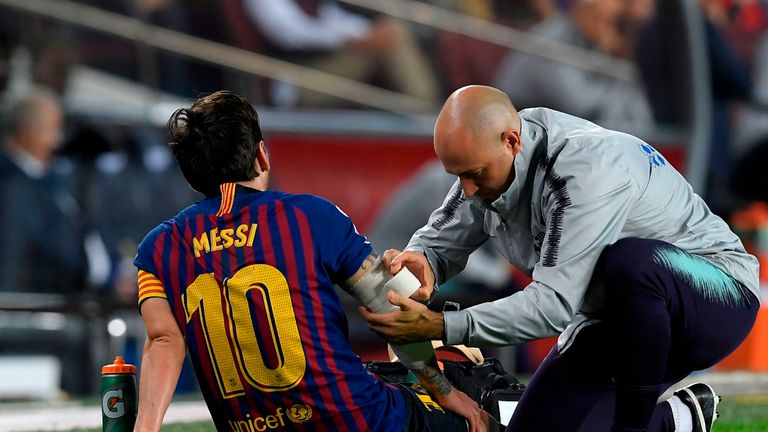 Lionel Messi has returned to training with Barcelona only 11 days after fracturing his arm against Sevilla.

The Argentine star was forced off the La Liga game after 15 minutes following a nasty fall which saw him awkwardly bend his arm.

Reports after the game suggested he would be sidelined for about three weeks, and he missed El Clasico against Real Madrid on Sunday night, a 5-1 thrashing which saw the end of Julen Lopetegui’s reign as Madrid coach.

However, pictures on Barcelona’s official Twitter account on Wednesday morning certified Messi was back at the Joan Gamper training complex for a training session with the rest of the squad.

Although he will not take part in the team’s Copa del Rey fixture against Cultural Leonesa on Wednesday, he could make a return on the bench for their league clash against Rayo Vallecano on Saturday.

Barcelona will resume their Champions League campaign when they travel to face Inter Milan at San Siro next Wednesday.