Lionel Messi has previously shared his thoughts on Chelsea’s Mason Mount, amid the ongoing debate about the midfielder’s place in the England side over Aston Villa captain Jack Grealish. Three Lions boss Gareth Southgate has come under fire from supporters in recent weeks for opting to feature Mount rather than the Villa skipper.

Both players started in the 2-0 Nations League defeat to Belgium on Sunday, and Grealish has reiterated that he does not believe he is in direct competition with the Chelsea midfielder.

“I love Mason,” he said. “It’s a bit annoying actually because he probably gets a little bit of stick at times from it, but I’ve always been close with Mason, I think he’s an absolutely terrific player.

“I don’t even think we’re really fighting for the same spot to be honest.

“Like I said, I think Mason’s underrated and he deserves all the credit he gets. I think people that know about football will understand just how good he is.” 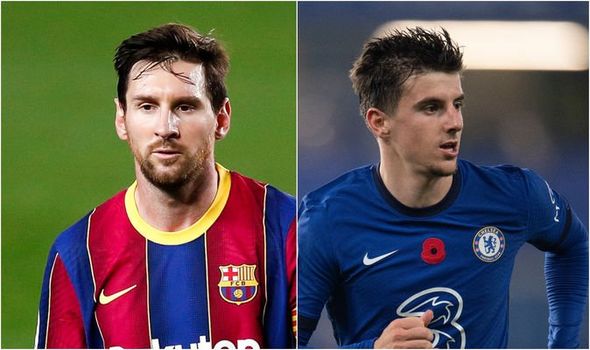 Grealish’s admission is echoed by Barcelona superstar Messi, who hailed Mount as an outstanding talent.

Messi was previously asked to name 15 prodigies who he believes can be the future of the game, for a Topps ‘Lionel Messi-Designed Set’ card pack.

“Having watched him play he has the potential to be one of the best,” Messi said on Mount.

“I think he did great when he was at Derby. I’m so happy because I’m seeing a player with a great mentality, great talent,” said the Brazilian.

“I think he is going to be the future of Chelsea – the present and the future – and England for sure.”

Sky Sports pundit and former Liverpool midfielder Graeme Souness has concurred with both Messi and Luiz, hailing Mount as a “star in the making”.

Speaking before Chelsea’s 2-1 win against Arsenal in December, Souness claimed England manager Southgate should be looking to build his side around the Portsmouth-born star.

” I thought he was fabulous [against Tottenham],” the Scot told Sky Sports.

“That day Chelsea were almost faultless. The only criticism you have is they didn’t score enough goals. 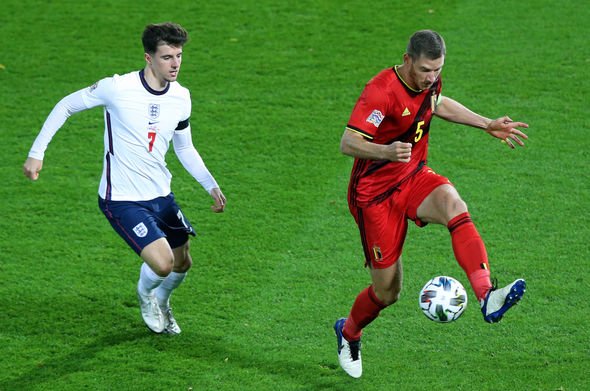 “They played with real purpose in midfield and the ball was always played forward. I think he [Frank Lampard] has made his mind up that he plays Jorginho or Kovacic.

“I think if you are an England manager you have got to be looking at him very closely. I know he is young. Starting with him, building your midfield around him.

“He silky, sees a great picture, has brilliant technique, looks to be a great type and works his socks off.

“A real team player with having all that ability it is what you want. He is a star in the making and I would think looking at him and his personality and the way he reacts to things on the field he is not someone who will allow the big hit to arrive on his shoulders. I’m a big fan of his.”