As they reacquaint themselves with this picturesque corner of Transylvania, there will be no need for Celtic to draw blood.

Already a Europa League last-32 side — and as group winners to boot — Neil Lennon’s men have earned the right to approach this game with Cluj in a manner of their own pleasing.

Already without the suspended Scott Brown, the Celtic manager has left five other big hitters behind in Glasgow and will use the occasion to get much-needed minutes into the legs of Leigh Griffiths. 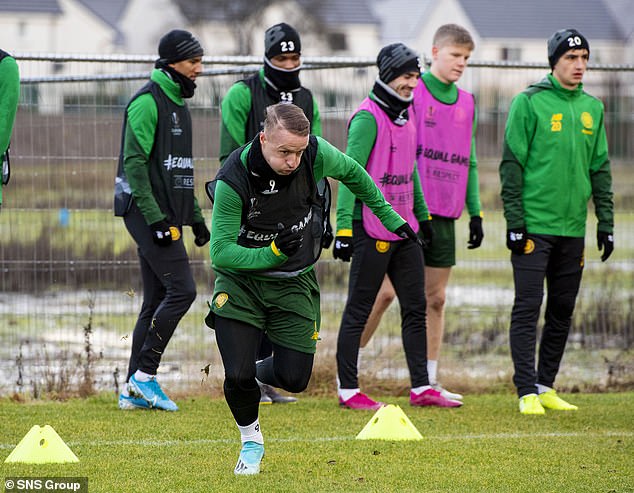 Craig Gordon will also make his first competitive outing since the Betfred Cup win over Partick Thistle on September 25.

As welcome as this scenario is for Lennon, it would be entirely wrong to assume that this evening’s match — the fourth game in a hectic December — is otherwise an irrelevance to him.

History hangs heavy in the air, too. The 13 points Lennon’s side have already accrued may already have outstripped the previous record of ten they gathered in the 2012-13 Champions League campaign.

But another three, courtesy of a fifth successive victory in Europe, might well raise the bar to a level that will never be beaten by a Scottish club.

A first victory on Romanian soil for the club, to ensure they remain unbeaten for the first time in a group campaign, would be another laudable achievement.

Celtic lost 1-0 to Poli Timisoara in the early 80s, while Ronny Deila’s side drew 1-1 with Astra Giurgiu five years ago before Lennon emerged with the same scoreline from the Champions League first-leg qualifier in Cluj in August.

There is also a palpable desire to ensure that the momentum gained by 12 straight victories across all competitions is not given up lightly. With Hibernian, Hearts, Aberdeen, St Mirren and Rangers to come before the winter break, all psychological boosts will be welcome.

‘There are many incentives,’ stressed Lennon. ‘What I’m looking for are the guys to work and get that feel of playing in a big game again and get the rustiness out of them.

‘They will be part of the squad going forward.’ 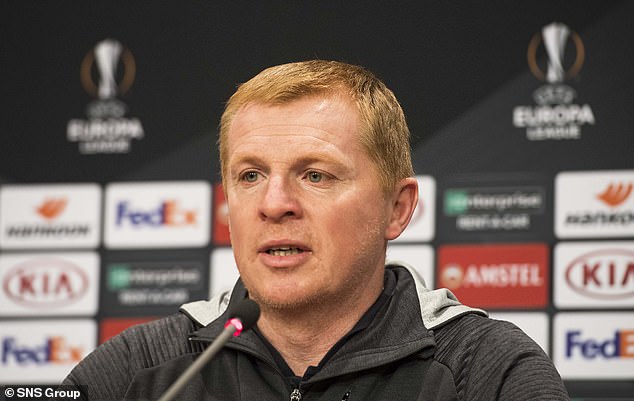 While such words of encouragement will be music to the ears of so many on the fringes of his side, the blunt reality is that no club can carry players who aren’t contributing.

Without a start since a Betfred Cup tie with Dunfermline on August 17, this feels like a highly significant evening for Griffiths. There are many now convinced that a failure to grasp the moment will see the clock ticking on his Celtic career.

‘That’s way too dramatic,’ insisted Lennon after the striker missed out on the Betfred Cup final squad. We are certainly not writing him off.

‘None of those soundbites are coming from anyone inside the club.

‘He’s got an opportunity to get match fitness allied to topping up his fitness work behind the scenes. He knows what he has to do, so he will be really looking forward to going out there and playing, I have no doubt about that.’ 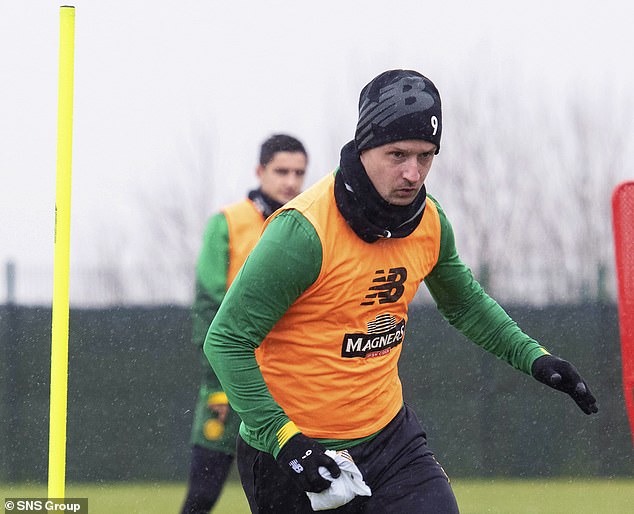 Lennon remains convinced that the only things separating the 29-year-old from rediscovering his best form are time, continual dedication to his craft and opportunities.

Asked if the Scotland striker could yet get back to his best, he replied: ‘Of course. It’s down to him in terms of his day-to-day work and then what he brings to the team when he does play.

‘In the context of the season, it’s a big night for him because he hasn’t played much football and there’s a good chance he will start.

‘There’s no pressure on him. We know what a player he is. It’s just a question of getting as much game time into his legs as possible and him going out and enjoying himself and working hard to get something out of the game.

‘He’s a smart, smart player and you never lose that knack of getting into the right places. His movement is good and hopefully his touch will be good.’ 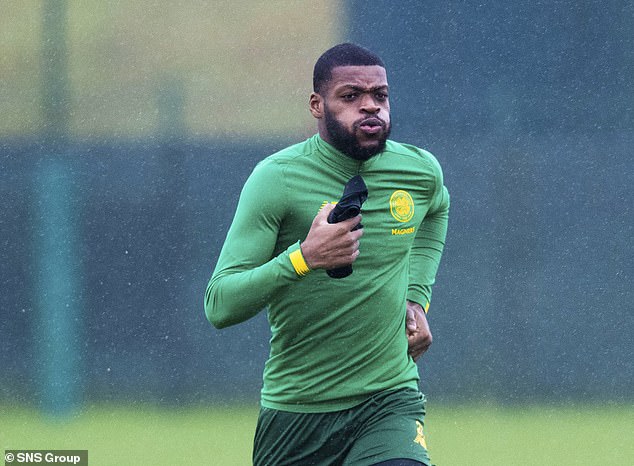 Having seemed set to leave in the summer,Olivier Ntcham will now captain the side in Romania

The case of Olivier Ntcham ought to encourage Griffiths no end. Seemingly working his ticket in the summer amid ongoing interest from Marseille and Porto, the change in the Frenchman’s attitude is testament to Lennon’s man-management.

With Brown suspended, Lennon’s decision to give Ntcham the armband in Cluj seems to finally draw a line under the matter.

‘I’m really pleased with his attitude and the way he’s training,’ said the Celtic boss.

‘He was unfortunate not to get game time on Sunday and I’m delighted with what he’s doing around the place.

‘I want him to take that responsibility into the game.

‘He said some things (in the summer) that he probably meant at the time but maybe some of it was taken out of context.

‘We had a chat about it at the start of the season and he parked it and, since then, he has been absolutely terrific. I have no qualms about making him captain.

‘It’s nice to give someone different that responsibility and we’ll see if he can thrive on it. I think he has the personality and he certainly has the respect of his team-mates to do that.’ 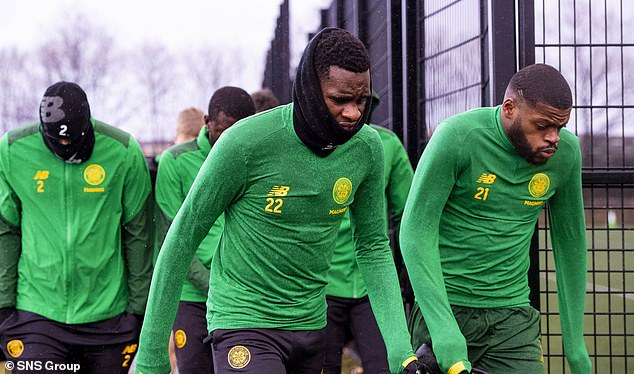 Although they have already qualified, Lennon is confident his team will deliver on Thursday

While a sizeable crowd will be inside the Dr Constantin Radulescu Stadium on account of Cluj still having a good chance of qualifying, for Celtic there will be no comparison with the intensity of Sunday’s showdown with Rangers at Hampden.

But Lennon feels there will be no issue with his staff and players getting their heads around the task at hand.

‘I’m all right,’ he said. ‘Your thoughts started turning to it more or less after the game on Sunday.

‘On Monday, you talk about the team and who you need to give a break to, mentally and physically.’

What a rare and welcome free hit this is for the Celtic boss in the middle of the busiest month of the year.

‘I can’t run the risk of injury in a game where there’s really nothing riding on it, with the five league games still to go before the break,’ he said.

‘The league is the priority for us. We have 12 wins in a row but we’ve picked up a lot of injuries along the way and I need to protect some of the players who have played a high volume of games.

‘I need to get some of them up to speed as well for these games coming up.

‘It’s a nice luxury to have already qualified. But we still have a strong team and squad with us —and it’s an opportunity for some of the younger ones to get that experience as well.