Leicester defender Christian Fuchs has claimed Leeds counterpart Luke Ayling has apologised to him for diving to try and win a penalty during Monday’s Premier League clash.

Ayling took a tumble inside the box 17 minutes from time in Leeds’ 4-1 defeat to the Foxes after appearing to anticipate contact from Fuchs, but it never came and the Leicester veteran instead pulled out of making any challenge.

The 29-year-old did not appeal for a penalty with his side trailing 3-1 at the time, and after heading back rather embarrassed back into position, replays confirmed that he had gone down far too easily. 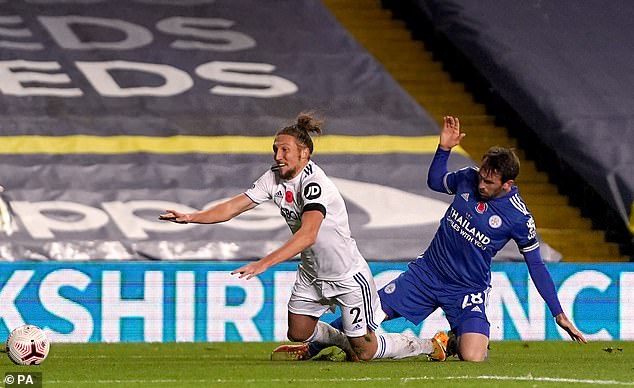 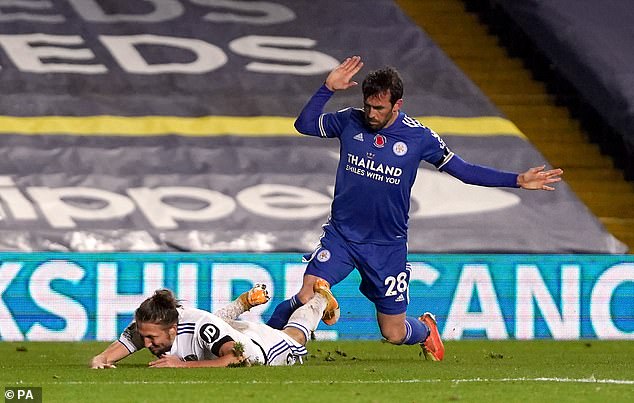 Ayling took a tumble inside the box in Leeds’ 4-1 defeat to the Foxes after appearing to anticipate contact from Fuchs, but the challenge never came

However, Fuchs has posted on Twitter insisting his opponent apologised on two separate occasions for his role in the incident.

‘In all fairness @lukeayling_8 excused himself right after the penalty incident and after the game for his dive,’ Fuchs tweeted.

‘If I went all the way in [to tackle] it would have been a penalty for sure. Thanks for the great game Luke!’

Fuchs’ comments came after Darren Bent called for restrospective action to be taken against Ayling for his actions.

‘It was embarrassing,’ Bent told talkSPORT. ‘If he stays on his feet, he can get past the defender and get a cross in but it is like he is expecting the tackle. But it is terrible.

‘It is not like he got a bit of contact and went down. The look on his face after shows he knew he was wrong. It is horrific.’ 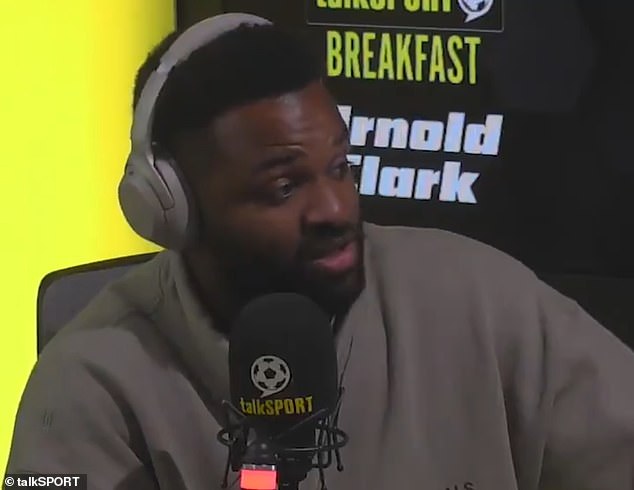 Leicester’s 4-1 win at Elland Road saw them climb up to second in the Premier League table, with Youri Tielemans, Harvey Barnes and Jamie Vardy all netting for the Foxes.

Meanwhile, Marcelo Bielsa’s side suffered a second consecutive home defeat following Raul Jimenez’s winner for Wolves last month, with Stuart Dallas scoring what turned out to be a consolation for the hosts on Monday.

And it is Nuno Espirito Santo’s side that Brendan Rodgers’ men face next in the top flight after their European assignment against Braga on Thursday, while Leeds visit Crystal Palace at the weekend. 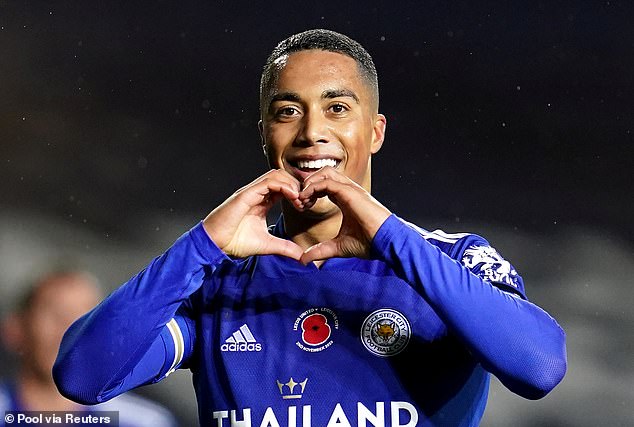