As exclusively revealed by Sportsmail, Sky Sports have had to use technology to quieten the songs of Leeds fans when they show the club’s games live.

These include the chant ‘Sky TV is f****** s***’, with supporters unhappy with how often the broadcaster selects their matches for coverage, meaning they are moved to kick-off earlier, later or in midweek. 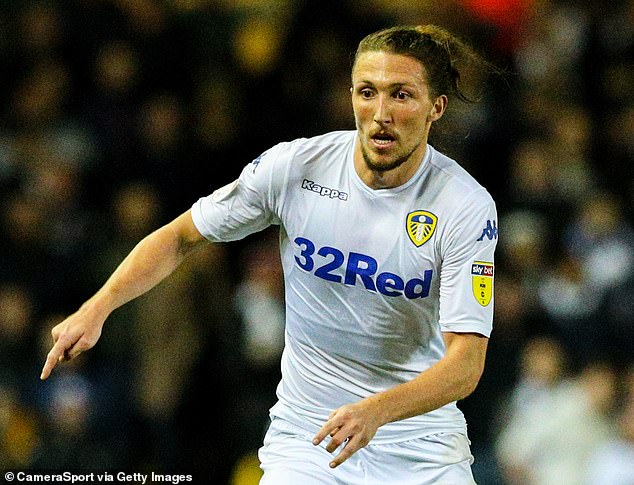 Ayling retweeted Sportsmail’s exclusive story with encouragement for the supporters 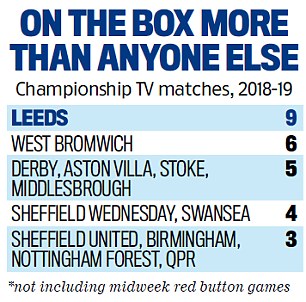 Rather than condemn any of the swearing, Ayling has given it his full backing, tweeting a screenshot of Sportsmail’s article with the caption: ‘Have to sing a little louder on Sunday lads.’

During last Saturday’s fixture with Nottingham Forest at Elland Road, chants were hushed by Sky on more than one occasion — a process known as ‘dampening’.

From September 28 to November 10, seven of their eight matches have been, or are scheduled to be, televised. Of Leeds’s 15 league matches so far this season, only four have kicked off at 3pm on a Saturday, often creating transport problems for supporters. 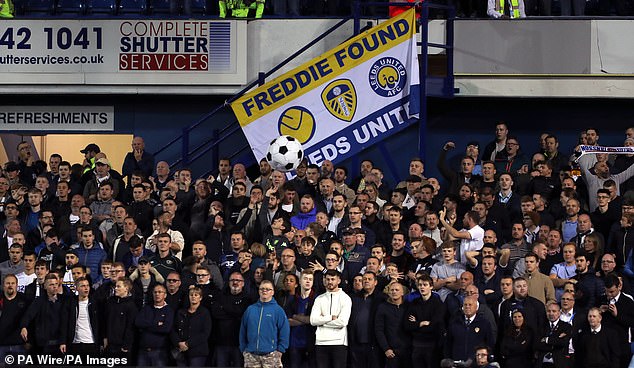 Ayling will have to watch Leeds on TV for the significant future however, after the defender suffered a knee injury in their 1-1 draw with Forest.

It was feared the 27-year-old could miss the majority of the season after he was pictured online with his leg in a brace, but with a number of injury worries already surrounding the squad, will be relieved that Ayling will not be out for long.

Ayling has featured 15 times already this term, scoring once, and has been a key part of Leeds’ impressive early season form.

He will be able to put his feet up on Sunday and watch Leeds’ Championship trip to take on Wigan – their 10th televised league game out of 16 this campaign.