Bono saved a penalty from Nabil Fekir to keep his side level after a penalty from Sergio Canales had cancelled out a strike from Suso; Real Madrid host Celta Vigo in La Liga later on Saturday 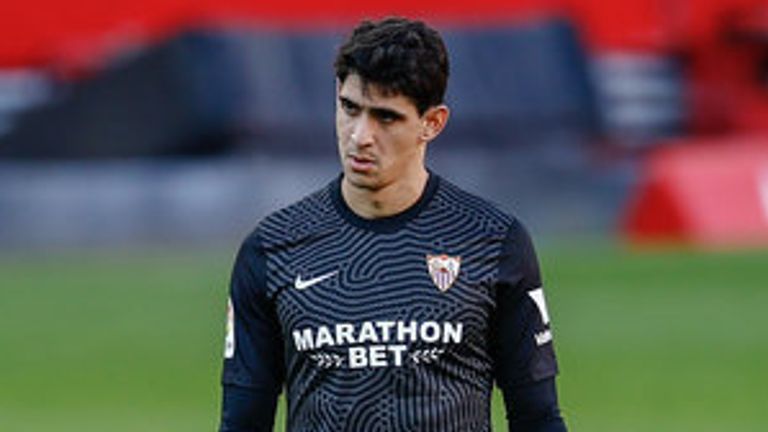 Sevilla had goalkeeper Bono to thank after they earned a 1-1 draw away to local rivals Real Betis on Saturday but the point was not enough to prevent them dropping out of the top four in La Liga.

Sevilla are now fifth in the standings on 27 points after Villarreal took their place in fourth on 29 following a 2-1 win at home to Levante earlier on, thanks to goals from Fernando Nino and Gerard Moreno. Betis are ninth on 20 points.

Bono saved a penalty from French forward Nabil Fekir in the 75th minute to keep his side level after a penalty from Sergio Canales had cancelled out a strike from Suso in the 48th minute.

The derby was in danger of being postponed after four Betis players, including captain Joaquin, tested positive for Covid-19 but the match went ahead after the rest of the squad returned negative tests. 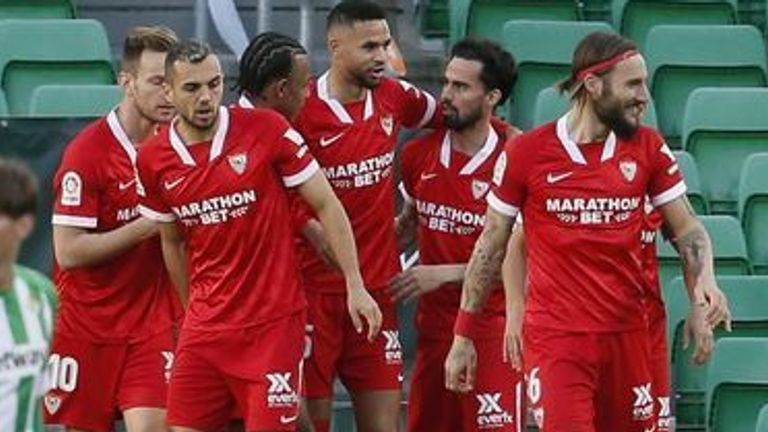 Betis were also missing key players William Carvalho and Marc Bartra through injury but Manuel Pellegrini’s side dominated the first half.

They could not, however, make their early pressure count and Canales and Fekir both failed to hit the target with clear chances.

Sevilla coach Julen Lopetegui had started without Ivan Rakitic and striker Youssef En-Nesyri and turned to both players at the start of the second half.

The double change had an immediate impact as Moroccan forward En-Nesyri raced towards a loose ball after good pressing from Lucas Ocampos and sent it into the path of Suso, who slotted into the near bottom corner with one touch.

Betis soon had a chance to respond when Diego Carlos fouled Loren Moron and Canales sent Bono the wrong way to equalise.

Fekir then won a penalty when he was fouled by Marcos Acuna but this time Bono guessed the right way and made the save.

“I feel like we have let two points escape today. We should have taken the lead in the first half after our excellent performance and we feel more pain for missing the penalty,” said Betis’ Loren.

Lopetegui added: “We were too focused on the referee and at times we looked like our heads weren’t in the game but picking up a point at this ground is always positive, even though we came here to win.”