West Ham are close to agreeing a deal to sign Chelsea defender Kurt Zouma, but there is still work to be done to complete the transfer.

The clubs are negotiating a fee in the region of £25m for the France international, who has not featured in either of Chelsea’s Premier League games so far this season.

Personal terms between Zouma and West Ham are yet to be finalised but talks have continued positively between the centre-back’s representatives, Chelsea and the Hammers.

Zouma has been David Moyes’ primary target for defensive strengthening all summer, although the Hammers have also been linked with Fiorentina’s Nikola Milenkovic and Marseille’s Duje Caleta-Car.

The 26-year-old has been with Chelsea since January 2014, when he joined the club from Saint-Etienne.

Zouma scored five goals last season, which was one of his most prolific in terms of appearances until Thomas Tuchel took over as head coach from Frank Lampard.

He was an unused substitute in the opening two Premier League games of this season, wins over Crystal Palace and Arsenal – but did start the Super Cup clash with Villarreal.

West Ham would need Zouma registered by midday on Friday for him to be available for their clash with Palace this weekend. 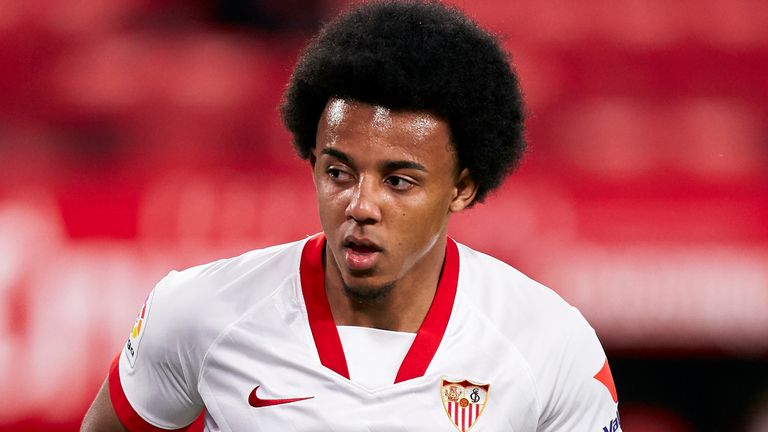 Could Kounde replace Zouma at the Bridge?

Zouma’s departure could lead to the arrival of another defender, with Chelsea having consistently been linked with Sevilla’s Jules Kounde.

Sky Sports News reported last month that Kounde, one of Europe’s most promising defenders, and Chelsea had been in talks but he remains a Sevilla player for now and has started both of their LaLiga games this season.

You can follow all the latest transfer news and rumours in our dedicated Transfer Centre blog on Sky Sports’ digital platforms, as well as keeping track of all the developments on Sky Sports News.