Belgium star Kevin de Bruyne did not understand why he was awarded Man of the Match following his team’s 1-0 win against Canada.

De Bruyne and Co. narrowly beat the Canadians in their World Cup opener in Group F on Wednesday.

It was a frustrating defeat for the Maple Leafs as they dominated the game game but failed to take advantage of a penalty as Alphonso Davies’ effort from the spot was saved by Thibault Courtois. 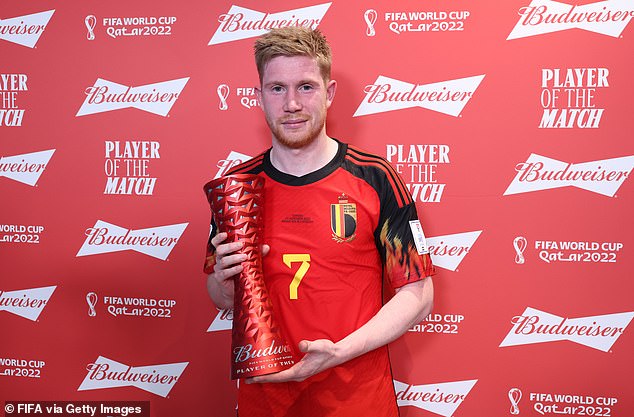 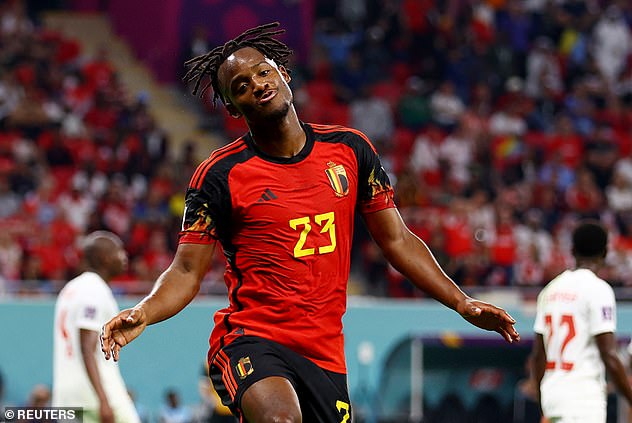 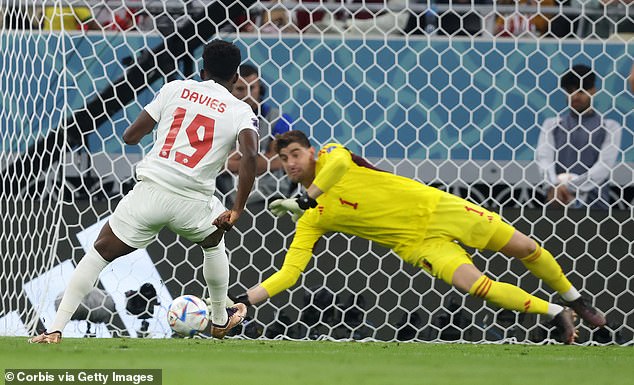 Belgium was almost steamrollered by a team intent on pressing the life out of them but was rescued by an otherwise ineffectual Michy Batshuayi as he half-volleyed the ball into the back of the net to clinch the only goal of the game.

However, it was neither Belgium’s goalscorer or goalsaver that was granted the honor of being named Man of the Match.

Instead, it was De Bruyne who had some lovely driving runs from deep but too often his final pass or shot resulted in nothing.

And even the midfielder himself was shocked at being given the award.

In a postgame press conference, De Bruyne admitted: ‘We didn’t play well enough as a team. I do not know why I won man of the match, maybe because of my name. 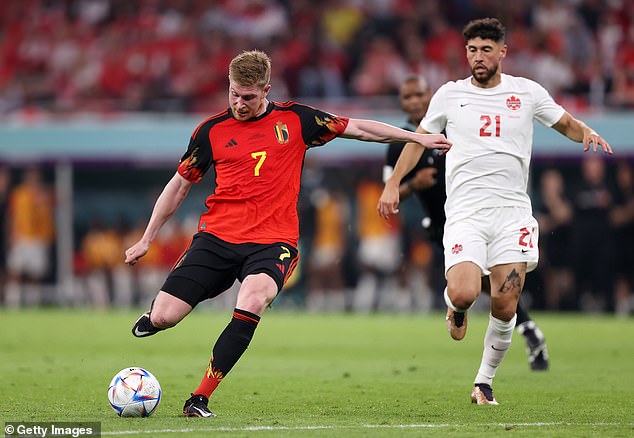 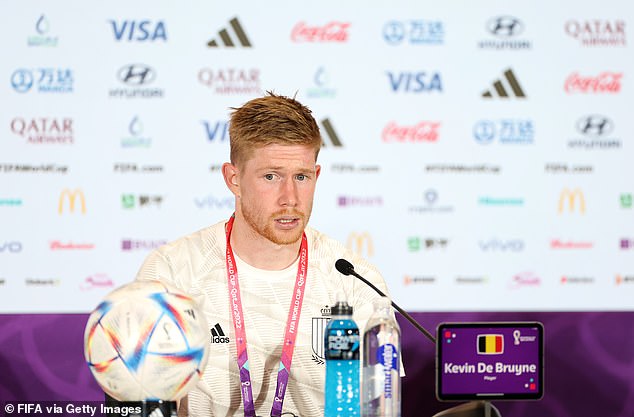 Speaking in a press conference postgame, the midfielder appeared shocked at being MOTM

‘Credit to Canada. We could not get through their press, we did not play a good game today, me included but we found a way to win.’

Following the result, Roberto Martinez’s team top the table in Group F after Morocco and Croatia shared the spoils in the earlier game Thursday.

Belgium faces Morocco next, while the Canadians will look to bounce back against Croatia as the search for their first-ever World Cup goal.