Sam Kerr pulled off her best Tim Cahill impression after scoring the opening goal of Australia’s clash against Italy at the Women’s World Cup.

Kerr put Australia into the lead after latching onto a rebound from a penalty and slamming it past Laura Giuliani in the Italy net.

And she celebrated in the manner of her compatriot Cahill by running off to the corner flag and punching it, as the former Everton and Socceroos midfielder did through his own career.

SCROLL DOWN FOR VIDEO 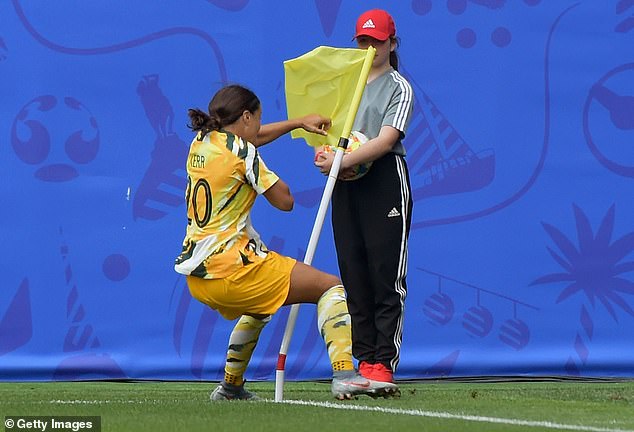 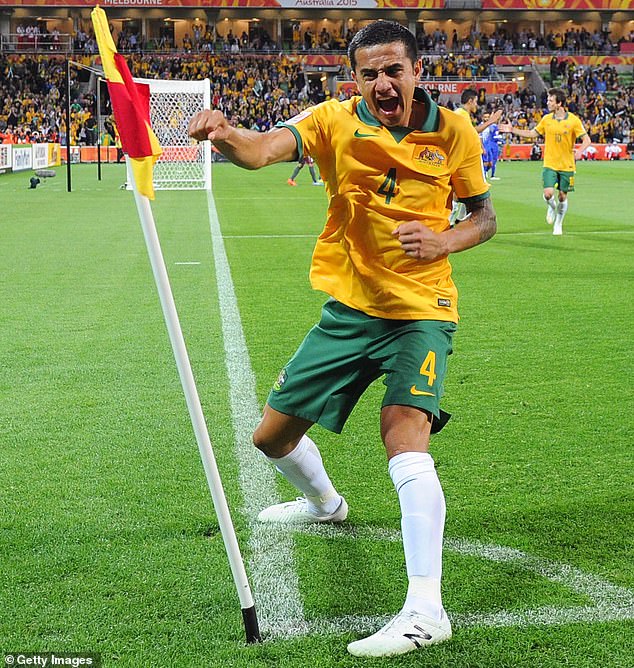 Like the Socceroos icon, Kerr punched the corner flag to celebrate opening the scoring 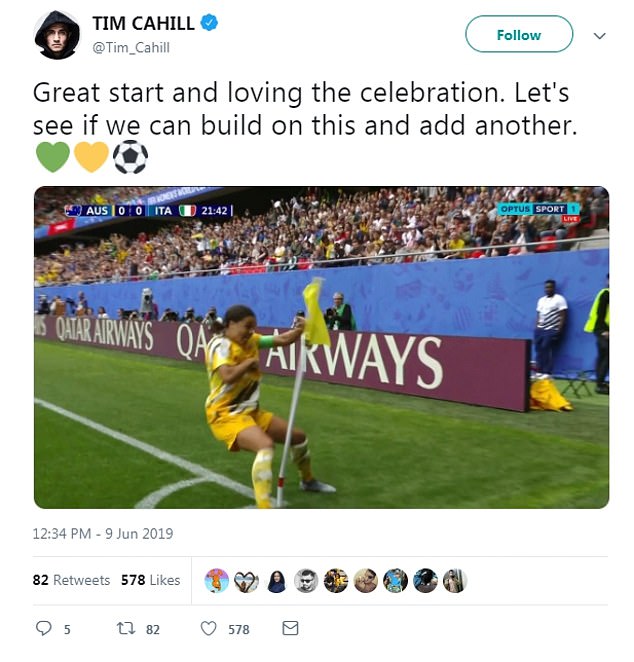 Cahill was impressed and took to Twitter to post about the incident. He wrote: ‘Great start and loving the celebration. Let’s see if we can build on this and add another.’

Barbara Bonansea thought she had put Italy into the lead after holding off Australia defender Steph Catley before firing in.

But the assistant raised his flag and it was ruled out for offside. The incident was then checked by VAR and despite the tight nature of the call, the official’s decision stood.

And then lady luck stayed with Australia. Kerr won what might have been deemed a soft penalty after Sara Gama took her out.

She took the spot kick, Giuliani got down to save but the ball fell perfectly for the 25-year-old to slot it in and give her side the lead.