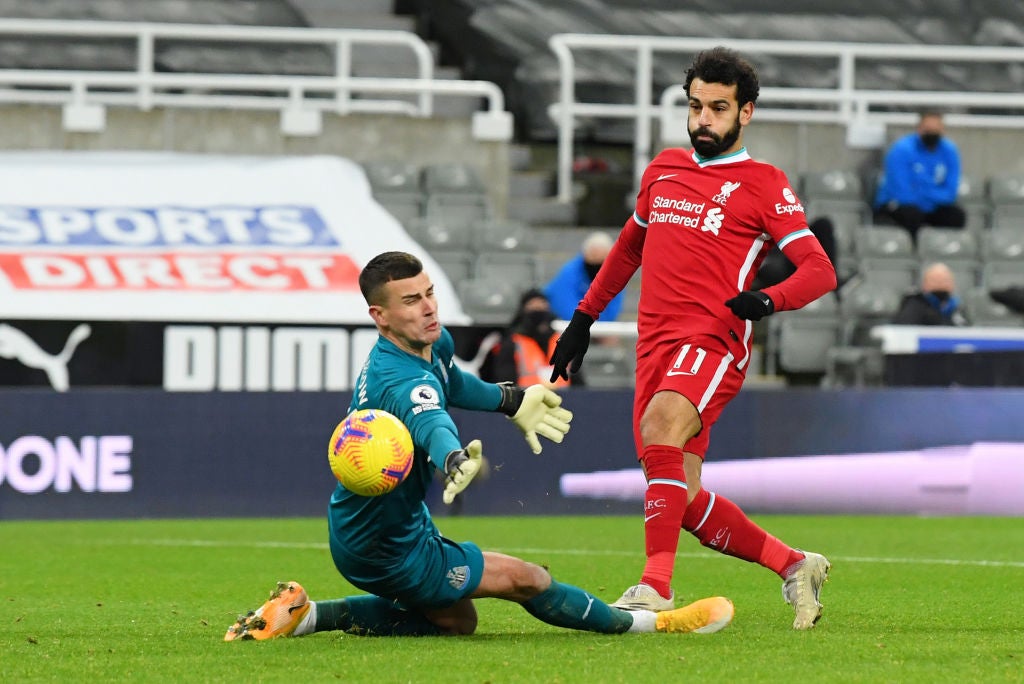 Darlow was superb to deny Liverpool

Newcastle, who suffered a Covid outbreak that impacted them significantly with Allan Saint-Maximin and Jamaal Lascelles still recovering from the virus, began the game brighter.

A stretching Alisson had to push over Callum Wilson’s mishit cross within two minutes and the goalkeeper was scrambling to get across moments later to thwart the forward again, but it wasn’t necessary as his header went just wide of the far post.

The former Bournemouth striker, getting joy off Nathaniel Phillips who was filling in for the injured Joel Matip at centre-back, then forced a top block from Fabinho with a shot from a tight angle.

The match went through a lull and Liverpool finally game alive in the closing 15 minutes of the first half.

Roberto Firmino had uncharacteristically miscontrolled an Andy Robertson cross to relinquish a good chance, before watching a headed effort being brilliantly denied by Darlow ahead of the break.

In-between those opportunities, Mohamed Salah showed superb control to take down Jordan Henderson’s long pass over the defence, with Darlow getting a fingertip on the low, side-footed shot to push it around the post.

It was the Egyptian at the end of the best opening in the second half too. After being supplied by the intelligence of Firmino, Salah effortlessly cut inside Ciaran Clark with ease, but curled his shot wide of the far post.

Firmino wasted Robertson’s corner delivery which was missed by Darlow, heading off target from six yards out. 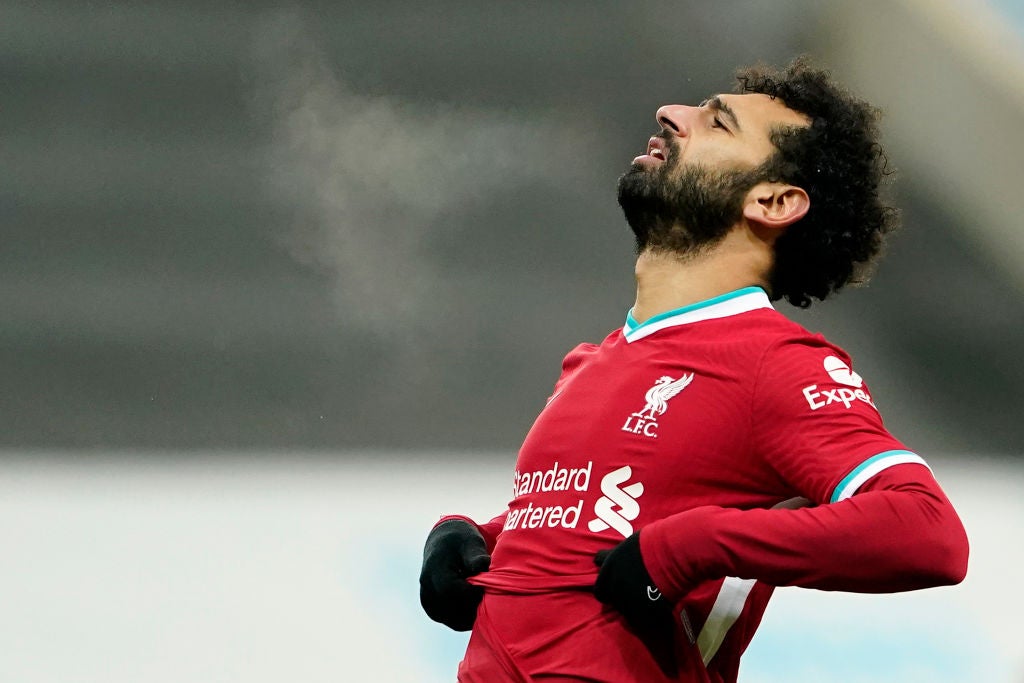 Thiago, absent for Liverpool since the Merseyside Derby in October, was introduced to inject greater quality into the visitors’ creativity.

His impact was immediate, playing a no-look pass to fellow substitute Gini Wijnaldum and having a shot blocked after displaying sublime skill.

But it was Alisson who had to make the next big save. He pushed Clark’s robust header from Matt Ritchie’s free-kick behind.

Thiago, in the thick of things again, fed Alexander-Arnold with a clever ball. The right-back’s cross was pushed away Darlow, but it hits Mane and bounced towards goal.

Fabian Schar incredibly managed to recover, beating the Senegal forward to the ball to clear it off the line.

Darlow again produced a fine push away in the closing stages, dealing with Firmino’s downward header off Robertson’s corner.

Liverpool have now failed to win more league games this season than in the whole of the last campaign, but will enter 2021 with confidence given their position at the summit despite their extensive injury list, which has included over half their starters for lengthy periods.