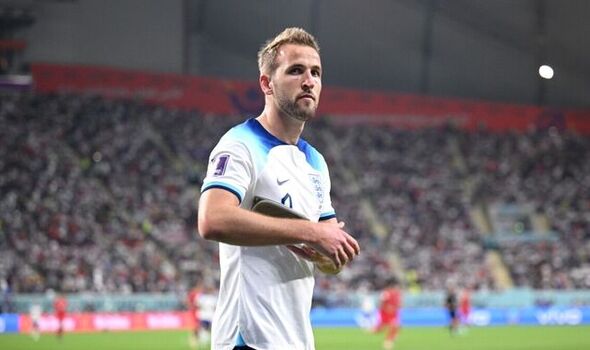 Harry Kane has expressed his “disappointment” at FIFA after they effectively stopped him from wearing the One Love rainbow armband. The World Cup tournament authorities confirmed just hours before kick-off that they would book team captains if they wore the anti-discrimination symbol.

“I said yesterday we wanted to wear it, that decision was taken out of my hands today,” Kane said. “I turned up to the stadium to find the armband that I wore and I was told I had to wear that. Look, it’s out of our control as players. I’m sure the FA and FIFA will continue those discussions.

“You’ve seen over the last five years we’ve made a stand as a squad and we’ll continue to do that as much as we can. We took the knee today, as well, but sometimes these decisions aren’t up to us and that’s the bottom line.

“Am I angry with FIFA? I’m not going to say words to get headlines. I said I was disappointed I wasn’t able to wear it, but that’s it.”

FIFA had confirmed there would be sporting sanctions against players who took up the symbol rather than just a fine. Manager Gareth Southgate added: “I actually do understand FIFA’s situation, in that you can set a precedent and then it’s very difficult where you draw the line.

“In an ideal world, that would have been a much clearer situation earlier but it’s not something that’s been a distraction. We said yesterday we need to focus on the football – there’s so much else going on.

“People know what we stand for.”

Meanwhile, Southgate has also had his say on the armband rainbow issue and urged the focus to turn back to football. Speaking after his side’s convincing win, the manager said: “I think every coach now deserves the right to be able to focus on the football and we understand there are a lot of issues that people want to want us to speak about.