Kadeisha Buchanan says the fiercely competitive nature of the Women’s Super League is what convinced her to swap Lyon for Chelsea this summer.

The five-time Champions League winner was Chelsea’s biggest signing of the transfer window, with the Blues beating several clubs to the signature of the Canadian international.

Buchanan wanted a new challenge and she got her first taste of just how tough the WSL can be, with the Blues losing the first game of their title defence at newly promoted Liverpool. 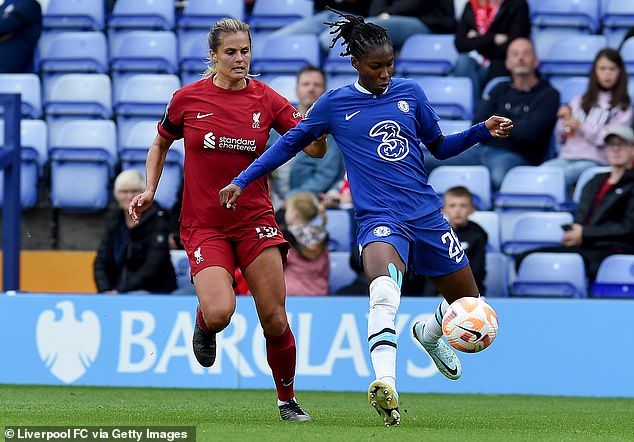 But the idea that anyone can beat anyone is one of the reasons why Buchanan was eager to make the switch to England.

‘I think that was one of my main reasons why I chose here,’ Buchanan said. ‘You have to earn it, every single game, it’s not going to be given to you and that’s why it’s so competitive. I love it. I love that about the league that you have to show up.

‘You can’t take a team for granted. You can’t just be relaxed and complacent so you have to work hard every game every day and you’re gonna have some ups and downs, but just as long as we are improving, and we’re improving gradually. 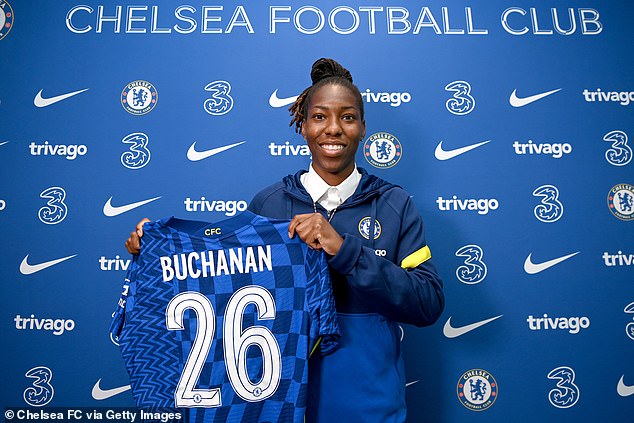 ‘I’m definitely not in my comfort zone here. I feel like every day I’m learning something new, whether it’s not tackling with one foot versus the other. It’s just the little details now that they’re bringing out. They really watch the training every day here and there is a lot of staff to help with our games, so that’s a big part. They have a huge staff who are very diligent and very detail-orientated, who help me and all the girls with whatever we need to work on.’

Chelsea boss Emma Hayes made Buchanan a priority signing this summer, describing the her as a ‘winner’, but the defender was equally excited to work with the experienced manager.

‘It was definitely a mutual agreement. I felt it was the right time and we both needed each other. It was the perfect moment and was a bit like “ah” for us. The conversation was like “welcome, but I’m going to push you to the max.” She is already on me about how I can improve and the ways I can. 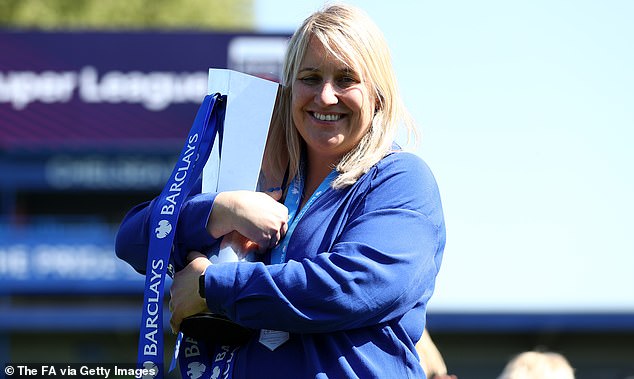 ‘I love that about a coach. It’s whatever is needed and they will say it, they are not afraid to say it. I think that will help me as well with my game.’

Buchanan has already won 13 domestic trophies and an Olympic gold medal at the age of 26. The defender, who has 11 siblings, says growing up in a sporty family pushed her to pursue a career in football.

‘It was not easy at all,’ Buchanan laughs when asked how her mum juggled taking her to football with looking after the rest of her children. ‘Out of 11 siblings I think about four or five of us played, but my two older sisters right above me, we all started playing around the same time. Then they kind of stopped and I just kept going.

‘My older brother played, my father played, and my mum also played later on when she got into it, taking us to soccer everyday she was like “ah, let me get in there too”, so she started playing. We’re a football family, a very athletic family, a couple of my sisters did track, basketball, we’re an all around sporting family.’ 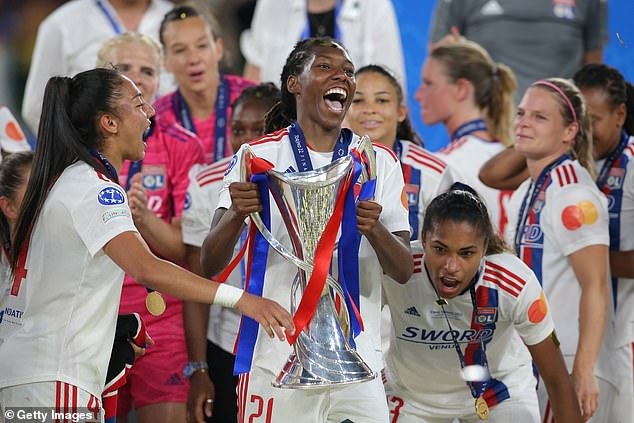 It was her family’s love of sport that drew Buchanan into football and she recalls getting up early on Saturday and Sunday mornings to watch Premier League games with her father.

‘Football isn’t a big as a sport [in Canada], but having a Jamaican father who loves the EPL, and we all wake up at 7am to watch the games here. We watched it all the time. Canadians don’t honestly watch much of football here. But my family definitely did. Every Saturday, Sunday morning, we’ll get up and watch football with my father.’

While her father is a Manchester United fan, Buchanan says she is an ‘all-rounder’ but has done her research on Chelsea’s rivalries with other London clubs.

‘I’ve definitely done my research on that [rivalries] and when they post ‘London is Blue’, what does that mean? I definitely have a little bit of understanding on the rivalry between the teams but I will definitely learn them this season!’