Liverpool v Man Utd: How many title races have they had?

Liverpool boss Jurgen Klopp was sent a transfer message by the performance of one player during Manchester City’s win over Brighton. The Reds boss has been linked with a move for a centre-half in the January transfer window – and he may just have found his man.

Pep Guardiola’s side beat Brighton 1-0 thanks to a first-half goal from Phil Foden.

The win hoisted City up to third place in the Premier League, just a point behind Klopp’s side with a game in hand over the reigning champions.

But it was the performance of Brighton’s Ben White in midfield that could have big implications for Liverpool’s title defence. 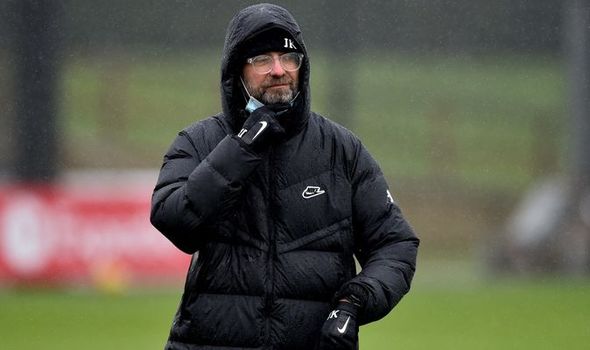 Klopp has said he won’t sign a defender as a knee-jerk reaction to the injury crisis – but White is a long-term target for the Reds, having been watched extensively by Liverpool scouts while on loan at Leeds United last season.

White is a centre-half by trade and impressed in the heart of Leeds’ defence during their successful Championship title charge.

But against City the 23-year-old showcased his versatility by playing as a defensive midfielder – a role he has performed several times for Graham Potters’ men this season.

Although Brighton suffered a defeat that leaves them just two points above the relegation zone, they put in a battling defensive performance to keep City at bay for much of the game. 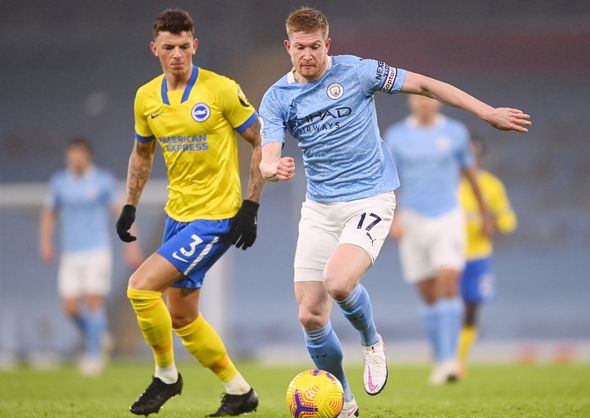 With White able to play in midfield as well as in defence, he could not only boost Klopp’s depleted rearguard, but also could be also a useful stand-in for Fabinho in the centre of the park.

White won’t be cheap – but he is a young, homegrown talent with a big future ahead of him and could develop his game hugely playing alongside the likes of Van Dijk, Fabinho, Gomez, and Matip.

With his performance against City, he may just have shown Klopp what he needs to do this month.